Remembering Love is The Way In 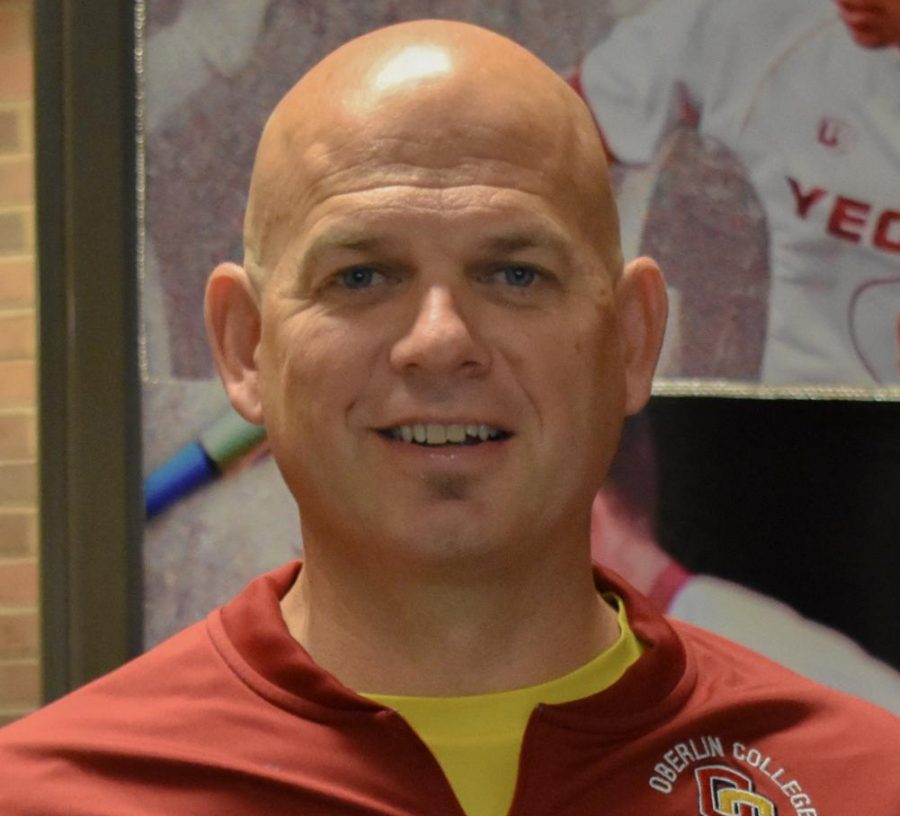 When Men’s Soccer Head Coach Blake New joined the program in 1999, he introduced a number of traditions that have shaped the culture and identity of the program over the past two decades.

The first time Blake New walked into the men’s soccer locker room in the fall of 1999, it was the start of his first season as the team’s head coach. There, he found a stolen helmet from Heidelberg University and a photo of a player who had already graduated.

New, who was attempting to get a feel for the group of young men he was going to coach, knew right away that he wanted his team to represent something more than random, trivial bits and pieces from seasons past.

“I took a look around and thought to myself, ‘this can’t be what we’re about,’” said New, who is now celebrating his 20th year as the head men’s soccer coach. “As a team, we needed a new culture and a stronger identity.”

For two decades, Coach New has spearheaded efforts to revitalize the team. His goals are to build a cohesive team culture and a winning record.

“Even from the beginning, the culture of the team was very important to me,” said New, who officially took over the men’s program after three years of coaching the women’s soccer team, and a brief stint as a golf instructor for the Oberlin Golf Club. “As a team, you have to build these values — like respect, discipline, and determination — in order to persist through the challenges that inevitably lie ahead.”

Not long after his first trip into the locker room, New found his strategy for shaping his team: building traditions that would persist for decades.

New’s new era of soccer traditions began by making the effort to sustain the only existing one — the “Hustle Suit.” The suit, a red track uniform with a broken zipper, is awarded at the end of the game to a player who made a significant impact, and that player is required to proudly sport the suit either that night or the following day.

“It’s hardly ever washed, and usually stays stuffed in a bag when it’s not being worn,” College junior and forward Jack McMillin said.

The player who wins gets to choose the next winner and deliver a speech, often accompanied by smooth jazz music, according to McMillin.

Another tradition brought in by New is the practice of “touching the rock,” inspired by the famous “touching of the sign” by members of the Notre Dame football team on their way out of the locker room. New gave the practice an Oberlin twist by bringing in a chunk of the iconic Tappan Square stone.

“One day, the assistant coach and I just walked over to the rocks in Tappan Square, chipped off a piece, and decided to make it our unifying stone,” New said.

The players ceremonially touch the stone before exiting the locker room every game, home or away. Other team traditions that have emerged throughout the past 20 years include fitness competitions during preseason and cheering for the bus driver at the end of a long ride — which incidentally did not occur last week for the first time in New’s recent memory, as the driver accidentally took the team 45 minutes out of the way.

The team also contributes regularly to a “fine system” for violations ranging anywhere from leaving gear on the field and inconveniencing the equipment staff to general misbehavior.

Over the years these traditions have unified and strengthened the team, according to New. He said he believes the team’s positive reputation not only keeps everybody close, but also helps his athletes become active members of the College community.

“Our players are focused and committed, and that comes from the culture we’ve created,” New said.

New credits the team’s high retention rate to the family atmosphere that these traditions foster.

“Everyone does a ton of stuff in addition to soccer, and it provides them a with great balance of school and sports,” New said. “But the strong culture makes these guys feel compelled to come back year after year.”

When the team practices on weekday afternoons on the grassy Fred Shults Field, the players can be seen running under a five-foot red and yellow gate which reads “love is the way in.”

The Yeomen currently stand 0-9 in the season. Although they’re off to a tough start, the team still touches the rock before games, cheers for their bus driver, and runs through the gate before practice.

This team is committed to their culture as much as their sport. Their dedication shows during their practices, games, winning seasons, and losing sea- sons, and displays how their traditions have stood the test of time.