Residents to Vote on School Consolidation 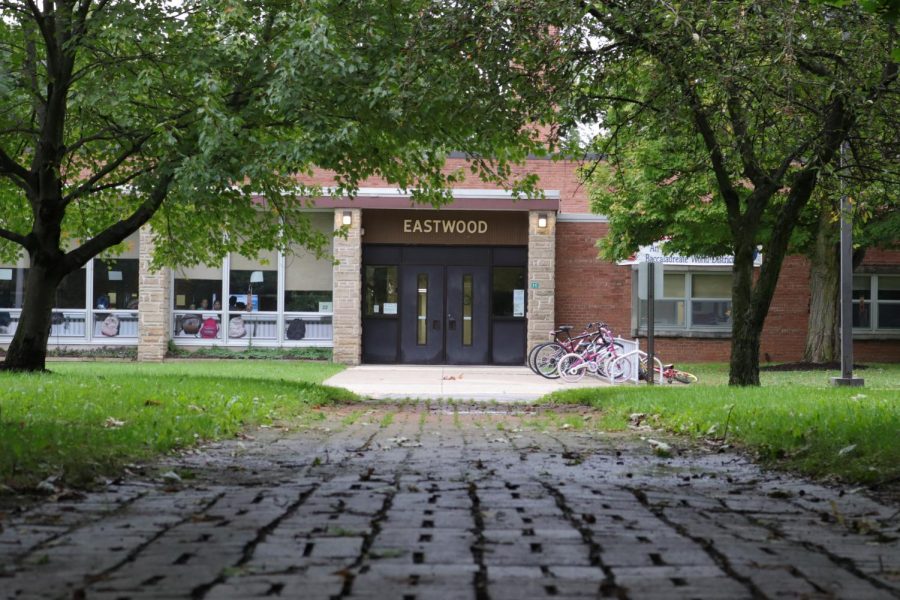 Eastwood Elementary School is in session. A levy will appear on the November ballot, proposing a consolidation all four of Oberlin’s city Schools into one building

Oberlin residents will vote this November on Issue 11, a controversial proposed levy that would consolidate Oberlin City Schools into a single building by winter 2025. If approved, residents with a home value of $100,000 will see their taxes increase by $133 per year over the bond issues’ 37-year term, according to the school district.

The proposal was motivated by declining enrollment in OCS, as well as concern over the state of existing facilities. Currently, the district comprises four schools — Eastwood Elementary, Prospect Elementary, Langston Middle School, and Oberlin High School.

“We have too few students and too many buildings,” wrote Oberlin Board of Education President Anne Schaum in an email to the Review. “Our current situation is not financially or practically sustainable.”

Total enrollment between the four locations is just under 1,000 students according to the district’s 2017–18 report card issued by the Ohio Department of Education. The proposed consolidation, which would take place in two phases, would eventually move all students pre-K–12 into a single facility.

Should Issue 11 pass, OCS estimates that it would save $1.1 million annually once the consolidated pre-K–12 building is completed, according to a handout distributed to residents.

Despite the potential savings for the district, some community members feel that the proposed consolidation and corresponding tax increase would create too high a burden on local residents to justify the project’s benefits.

“When they say property tax increase, it’s very few of us,” said Sandra Redd, longtime Oberlin resident and former OCS parent. “It’s all in the rural areas, and it’s killing us.”

Cheryl Butler, a longtime Oberlin resident who attended OCS and has sent her children and grandchildren to OCS, feels that tax increases will disproportionately impact lower-income members of the Oberlin community, particularly given that Oberlin College and Kendal at Oberlin — two of Oberlin’s largest residential spaces — are exempt from paying property tax.

“[There are] so many taxes in Oberlin, it’s ridiculous,” Butler said. “The College doesn’t pay taxes, Kendal doesn’t pay taxes, but the townspeople are the ones who are paying all the taxes and we’re not getting any benefits from it.”

Butler believes that rising tax levels are forcing lower-income families to move away from Oberlin.

“A lot of people have moved out of Oberlin because of the taxes being so high and them not being able to afford it,” she said. “I’m on a fixed income myself, and I don’t know how much longer I’ll be able to stay at my house.”

Butler and Redd are not alone in their concerns. Debbie Walsh and Lorrie Chmura are both longtime Oberlin residents with connections to OCS as parents, and, in Chmura’s case, as a student.

“I’ve supported the schools,” said Walsh. “In 27 years, I’ve voted on every levy but one for the schools.”

This time around, however, Walsh opposes the levy to consolidate the school district; Chmura does too. They’ve formed a group called Oberlin Concerned Citizens with the goal of distributing information to residents about the proposal and its potential impacts.

“So basically our goal is to provide alternative [information] or more information than the school offers [about] the new school building,” Chmura said.

Included in that alternative information are different approaches the district could take in consolidating its student population. Walsh and Chmura both agree that enrollment has fallen low enough to warrant consolidation measures, but think that solutions can be found within the district’s existing infrastructure.

According to Schaum, however, other factors need to be considered.

“The reality is that our current buildings are too costly to maintain and operate based on current and projected enrollment,” she wrote. “We can’t afford to do nothing and full renovation is as expensive as the proposed building project.”

Jason Williams, OC ’05, agrees. He’s also a member of the Board of Education but spoke with the Review in his personal capacity as a resident and father of three children, two of whom currently attend OCS and one who will begin school soon.

“It’s something that needs to happen,” Williams said. “We are in dire need of new buildings.” He echoed Schaum’s point that the renovation and maintenance costs associated with continuing to use existing facilities would cost essentially the same as the new building’s construction, and mentioned that safety considerations — including measures to regulate who can enter school buildings — are also a factor with the district’s aging facilities.

The district has explored possibilities besides full renovation. In 2017, Walsh was a member of the Oberlin Schools Facility Committee, tasked with researching and evaluating different paths to consolidation.

The committee considered three options besides the construction of a singular building for the entire district, each of which proposed using existing facilities in order to make more effective use of space. The report, including all three plans, was presented at a June 2017 school board meeting.

Walsh, however, feels that the committee’s work wasn’t taken seriously by the district.

Schaum argues that none of the options presented by the committee would have ultimately been viable.

“The current structures would require substantial investment to accommodate consolidation,” Schaum wrote. “The only two structures big enough to handle half of the district are Langston and the high school. Langston is the oldest building (originally built in 1923) and would require significant investment to address anticipated maintenance needed to accommodate six grades of students.”

Another point of contention is over what role college students should play in voting either for or against the levy. With an enrollment of nearly 3,000, the College can play a significant role in local politics, but many residents feel that students not from Oberlin should sit this one out.

“I don’t think [Oberlin College students] should [vote] because they don’t live here,” Butler said. “The second thing is, I don’t think they know what it does to the townspeople when they vote yes, and I think they’re being encouraged to vote yes.”

Williams sees things slightly differently but emphasizes that if students vote, they should be well-informed.

“I would say [students should vote] because they are stakeholders in the community,” he said. “A lot of them participate in different groups that work with the schools. But I also think they should be mindful. I just think they should do their due diligence around issues, especially something like this.”

“Voter information on Issue 11 is super low among students,” Jacobson wrote in a statement to the Review. “We’ve been meeting with community members regarding the school levy issue and still haven’t had a chance to gather all the relevant information we need to draw conclusions. We are, however, working to bring more information about the levy onto campus and give community voices a platform with the students. Sometimes students are hesitant to vote when it comes to tax levies, but Issue 11 is really about so much more than that.”

For Williams, it all comes down to the quality of education that the district is able to provide.

“What I would like to see is, while we’re considering passing this bond issue, that we not lose focus that it’s about education, and that we make sure that our academics are on point to match a new facility,” he said.