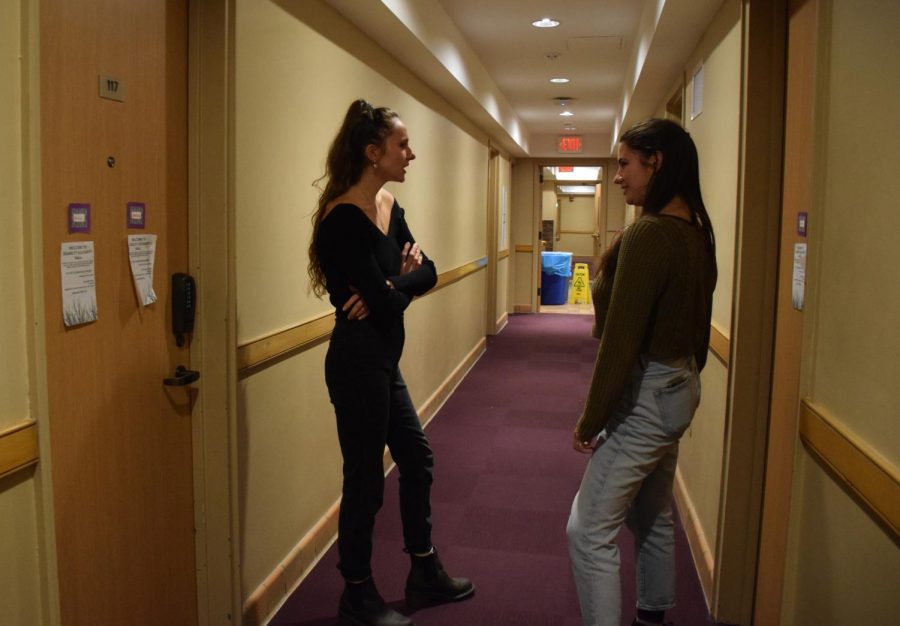 Disability Resources will start testing a new electronic management system in the coming months, according to Director Eric Wagenfeld, who took on the position in July after a 10-month hiring process. The Accessibility Information Management system — one of many new disability-oriented programs that have developed in the last year — will simplify the accommodations process.

“There is a lot of superfluous paperwork right now. AIM will allow students to use their single sign-on to upload documentation, receive approval for accommodations, and access letters for faculty,” Wagenfeld said.

While Disability Resources works to improve student life through the Center for Student Success, other student-led groups have also worked to create a stronger community among students with disabilities. Obility, a dis/ability student solidarity organization, was founded last semester. In addition, a dis/ability Solidarity Wing became part of Burton Hall this year.

“Fall semester [2017], people weren’t getting the accommodations that they needed until midterms,” College senior Justin Biggi said. “We wanted to create a community to support each other and organize around a dis/ability identity.”

Biggi and College junior Rachel Sanders worked with the Office of Residential Education to organize the new hall and seek out interested students. Both hope to create a supportive space for Oberlin’s growing population of students with disabilities.

“The number of students who have been using this office has gone from 200 to 800 in the last few years,” Wagenfeld said. “I think this comes from a shift in the national culture over the last 10 years.”

The national conversation may be changing, but many students still say that they often face a lack of resources. Some of the new initiatives meant to support those with disabilities have risen in the wake of a significant 2017 controversy surrounding the former Office of Disability Resources. This controversy ultimately fueled the creation of Obility.

“An alarming number of people don’t realize how inaccessible a lot of campus is,” College senior Rita Pérez-Padilla, one of the founding members of the group, wrote in an email to the Review in Fall 2017. “Given the [fall 2017] crises with the [ODR], we saw an immediate need for students to organize [and] support each other as much as possible since we weren’t being supported by the College.”

While the new year brought improvements like the establishment of Disability Solidarity Wing and the hiring of full-time director Eric Wagenfeld, not all issues are resolved. Former interim Assistant Dean of Students and Director of the Multicultural Resource Center Toni Myers was appointed as the hall’s permanent advisor. Myers left the College over the summer, with an interim advisor taking their place. In addition, the hall was unable to accept as many people as had been interested. Other students were unable to live in the hall due to accessibility issues.

“About 17 to 20 people applied, but we only had enough space for nine,” Biggi said. “We had to offer people doubles even if they had requested singles. That didn’t work for some people, so they had to decline and live somewhere else.”

Both Biggi and Sanders also have concerns about some of the hall’s features, though no official complaints have been filed with facilities or the Office of Residential Education.

“The doors to the bathroom and the hall don’t have push buttons,” Biggi said. “Feel how heavy these doors are.”

According to the Americans with Disabilities Act’s “Checklist for Existing Facilities,” bathroom doors must be easily opened by five pounds of force. There are exemptions for older buildings.

“Burton Hall was originally constructed in 1946-1947,” College architect Steven Varelmann wrote in an email to the Review. “A major renovation took place in 2009, which upgraded the building, including the restrooms, to be ADA compliant.”

The Office of Residential Education echoed a similar point in an email to the Review.

“Burton Hall is in full compliance with the ADA,” wrote Andrew Sadouskas, Director of Residential Education and Assistant Dean of Students.

Many advocates believe more can be done to improve the hall.

“The ADA is not the gold standard,” College senior and Obility member EmmaLia Mariner said. “But it’s amazing how much the school isn’t even ADA compliant.”