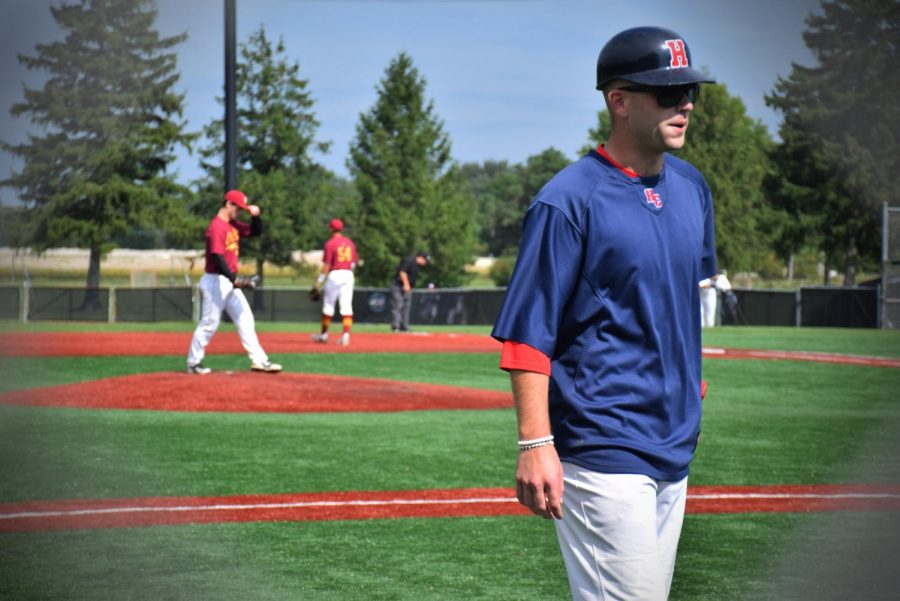 Phil Brua, head baseball coach of the Hiram College Terriers, interacts with the Oberlin dugout during the teams’ exhibition doubleheader Sunday, Sept. 30. Brua, who was a star pitcher for the Yeomen from 2008–11, holds the program record for pitching appearances (65) and ranks second in career wins (15). His No. 6 jersey was retired after he graduated. In 2013, Brua returned to Oberlin to serve as the pitching coach, recruiting coordinator, and associate head coach over three years. After spending two seasons with the Pomona-Pitzer Sagehens, Brua — a native of nearby Avon, Ohio — returned home to Northeast Ohio this summer to take the helm at Hiram. The teams split Sunday, leaving both sides encouraged. College junior and pitcher Bradley Jamison said he was impressed by the Yeomen’s rookies and pleased to see his fellow returners do well.

“This team has a lot of promise,” said Jamison. “The [first-years] held their own in their first couple games against a real opponent, and our returners showed up ready to play. We’re all looking forward to the spring. We have big goals this year and are certainly putting in the work.”