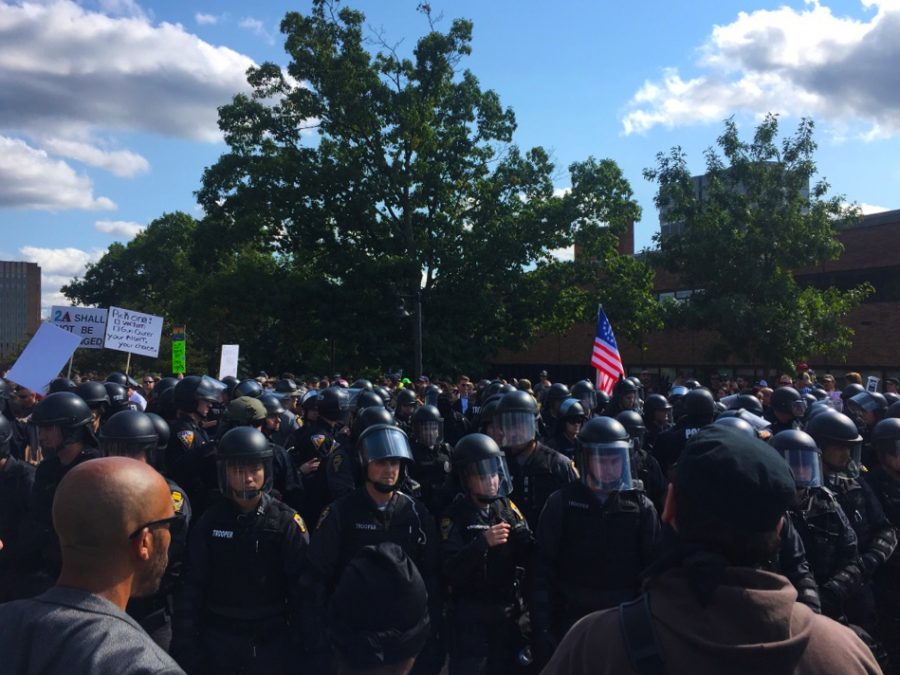 Three Oberlin students attended a demonstration at Kent State University to protest an “open carry walk” across campus on Saturday, Sept. 29. The walk attracted a large counter-protest from leftist groups, whose members outnumbered those of the far-right. College senior Maxim Mathee-O’Brien was arrested along with three other counter-demonstrators; all four were charged with misdemeanors, and one was charged with a felony. More police were in attendance than demonstrators.

The demonstration was organized by Kent State graduate Kaitlin Bennett — a member of the alt-right who went viral for toting an AR-10 rifle to graduation — in an effort to bring attention to, and eventually reverse, Kent State University’s policy that bans students and faculty from openly carrying weapons on campus.