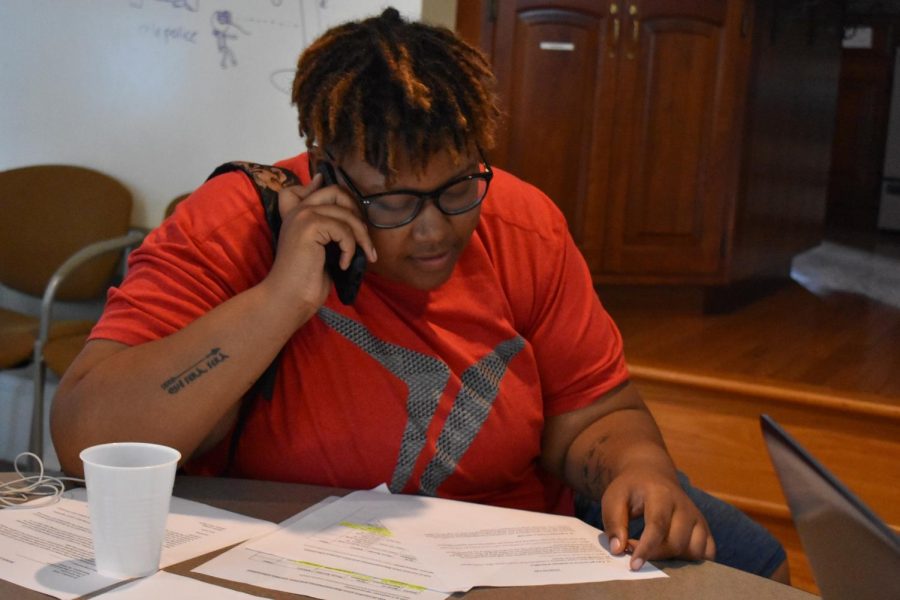 Student immigration activists are concluding this year’s UndocuWeek this Saturday, Oct. 13 with a 5K Dream Run. Proceeds will go to the Undocumented Student Scholarship Fund, a critical resource for undocumented students on campus.

Organizers hope that this year’s events appeal to a wider range of students than UndocuWeek reached in past years.

“We wanted to do something different to raise awareness,”

The race will also be used as an educational opportunity; participants will learn about undocumented student issues while directly supporting those on Oberlin’s campus.

“Markers are going to be placed along the race with statistics about undocumented student life,” OUI co-chair and College junior Dulce Cedillo said.

The Undocumented Scholarship Fund, which the College endowed in spring 2016, supports students in a variety of ways.

“The fund is used for all sorts of things,” said Libni López, program coordinator for undocumented initiatives. “Students use it to pay [for] tuition, transportation, or any other emergency needs.”

Although the fund helps many students on campus, activists are

concerned about potential budget cuts and the College’s financial situation. Fundraising efforts are still necessary to maintain resources for undocumented students even though the fund is financed by the College every year.

In addition to not being able to travel abroad, undocumented students in Oberlin face difficulties with domestic travel. The city lies within 100 miles of the U.S.- Canada border and within the jurisdiction of Immigration and Customs Enforcement, which sometimes conducts raids on interstate buses.

“Oberlin identifies as a sanctuary city [and limits its cooperation with federal immigration authorities], but it can only do that to a certain extent,” Fair said. “The city can’t stop federal patrols from targeting folks in the area.”

through the city. Additionally, there was no established protocol for a potential detention when Oberlin students traveled for the recent Connect Cleveland event.

UndocuWeek organizers see the event as part of a larger movement for immigrant rights.

“Such a big issue, like immigration, can’t be constrained to just one group,” Martínez said. “It is a catalyst for solidarity.”