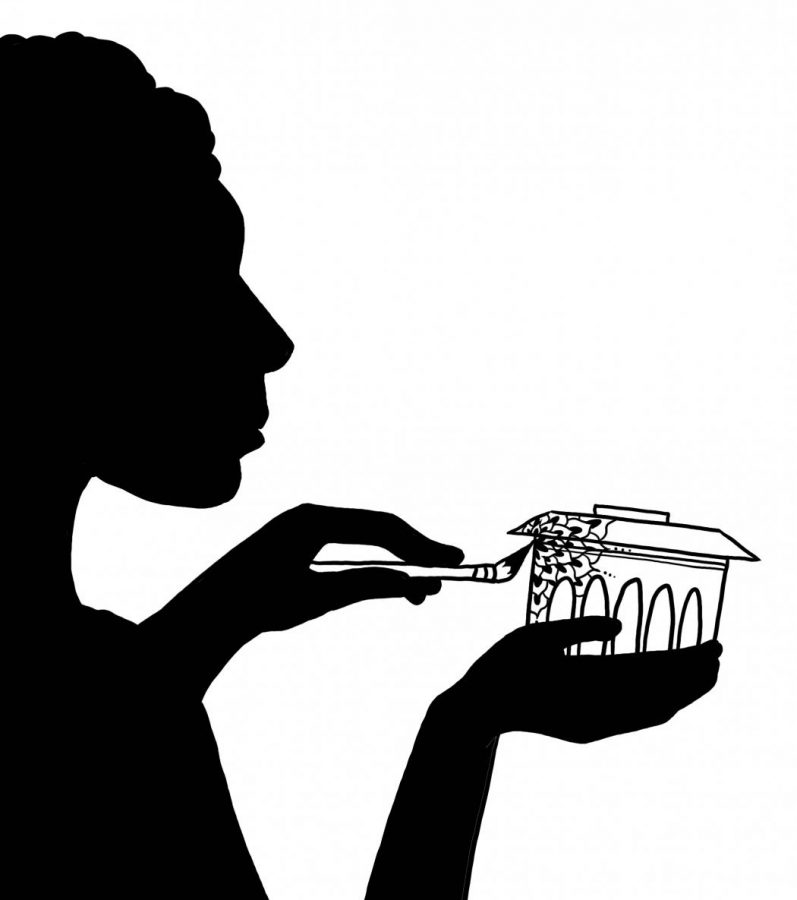 A popular misconception in the art world is the belief that classical Greek and Roman sculptures in museums across the world look the way they’re supposed to. Unpainted, bare, and unmistakably white, these sculptures propagate the false notion that ancient artists meant to showcase the ideal human form in swaths of pale marble.

However, classical sculptures that are white today were originally meant to be seen in color — scientific evidence suggests they were once painted in bright, blazing hues. While a quick Google search of polychrome busts and sculptures may seem hard to believe or even heinous, the reasoning behind this recent discovery is logical. Despite the preciousness of marble, this material was merely a canvas for Greco-Roman artists. Their sculptures were not finished until painted in vibrant shades of blue, red green, and the like.

Even more significant are the assumptions the color of these sculptures breed regarding how we view race in art. According to a New Yorker article on this very subject, reactions to the discovery of painted sculpture reinforce the “tendency to equate whiteness with beauty, taste, and classical ideals, and to see color as alien, sensual, and garish” (“The Myth of Whiteness in Classical Sculpture,” Oct. 29, 2018). This ancient art was not meant to be white, and ancient artists were not all white.

Last night, the Allen Memorial Art Museum kicked off Creating Space: Curating Black Art Now, a symposium which will continue today, meant to assess the current state of representation in the fine art world. Specifically, student object talks, an alumni panel, and yesterday’s keynote lecture by Deputy Director of the California African American Museum Naima J. Keith discuss the evolution of museums in the wake of increased demand for artwork and exhibitions created and curated by people of color.

The self-evaluative nature of such a symposium, especially one hosted by such a prestigious and important institution as the Allen, is necessary and welcomed. Oberlin has long been a nexus for social justice, equity, and inclusion for people of all backgrounds. Nonetheless, it is also a historically white institution and has not always effectively represented all those who enjoy its offerings. This symposium is a prime opportunity to reflect on the College’s strides toward more diverse academics, as well as a time to think about what more can be done.

The Western canon permeates many aspects of academia. People studying humanities in the US have been exposed to the artistic and literary works of Western Europeans, with considerably less core academic instruction focused on the artistic achievements of POC. At schools like Columbia University, where students are enrolled in a classics-based core curriculum, this long-standing commitment to Western works is especially palpable; after all, Columbia’s library facade is carved with the names Homer, Herodotus, Sophocles, Plato, and Aristotle.

Some have criticized the pushback against a Western-focused curriculum. American political commentator Heather MacDonald recently took to The Wall Street Journal to profess that “students increasingly believe that studying the Western canon puts ‘their health, mental safety, and security at risk’ and can be ‘a source of — literally — [a] life threat’” (“The Weekend Interview with Heather Mac Donald: The Scourge of ‘Diversity’” Oct. 13, 2018).

While the Western canon is not necessarily damaging to the physical health and intellect of Oberlin students, its position at the core of academic art study is undoubtedly flawed. Instead, diverse academic offerings should be taught by those with the personal and professional experience to provide the necessary context for the subject.

The Review has also struggled to ensure that we effectively represent Oberlin’s student body, both in what stories are told and who is doing the telling. It is work that necessitates thoughtfulness.

With this in mind, we applaud the Allen in its quest to create space for more artists and curators of color. As both a leading collegiate art museum and an institution that must uphold the values of the College and greater community, the Allen has a responsibility to carry out this work — as do all of us with platforms for creative representation and storytelling.

Oberlin’s Arts department has also continuously advocated for a greater breadth and quality of instruction in art-focused disciplines outside of the Western canon. The recent hiring of Assistant Professor of Islamic Art History Farshid Emami and Visiting Assistant Professor of the Arts of Africa and the Black Atlantic Kantara Souffrant, OC ’08, have expanded the department’s culturally-diverse offerings.

If nothing else, these events, new course offerings, and new hires show that the art scene at Oberlin is sensitive to both the ongoing evolution of the field and past representational injustices. Oberlin continues to take intentional steps to expose its students to underrepresented cultures in the art historical lexicon.

Though there is always more to do — Oberlin, as well as the fine arts field in general, remains majority white — institutions and entities that have long focused almost entirely on the Western canon have begun the process of bringing academic discourse to crucial new standards of representation. Recognizing that white marble sculptures were meant to be painted, and making space for conversations like the symposium, represent meaningful steps toward correcting the exclusive narratives that dominate art history.