“The Glass Menagerie” Set to Open Next Weekend 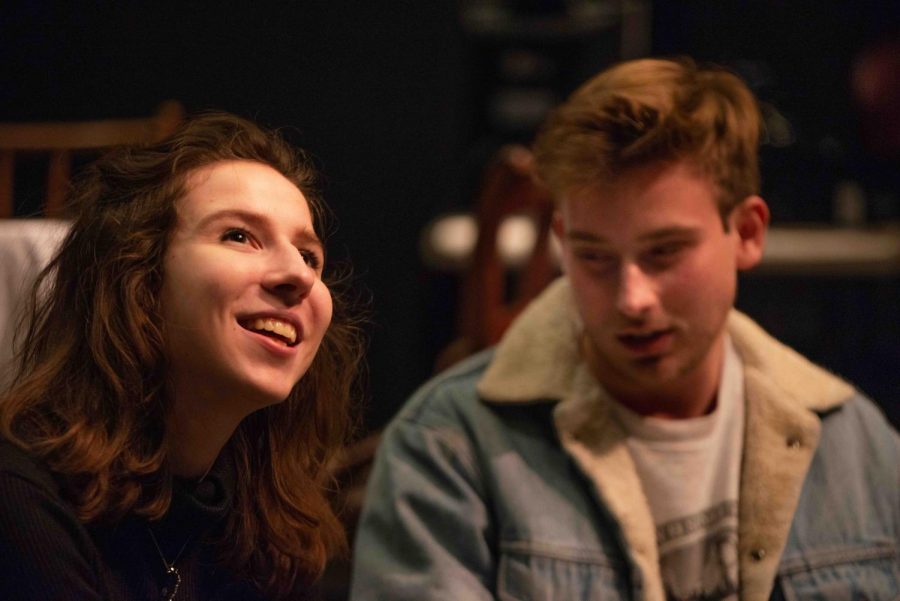 The Glass Menagerie, directed by College senior Alex Kohn, explores themes of family dissonance and fragility — notably, Oberlin’s production modernized representations of disability and gender that are a prominent theme in the play.

Glass is fragile, and yet — when it shatters — it cuts deep and leaves behind scars that often refuse to fade with time. Glass allows us to see through walls and reflect on our appearances, but also distorts light and inhibits us from truly seeing things as they are. Memory works in much the same way: Sometimes we remember most vividly not the truth, but rather an amalgamation of events and our associated emotions.

Such is the setup of The Glass Menagerie by Tennessee Williams, the Oberlin production which runs from this upcoming Thursday, Nov. 15 through Sunday, Nov. 18 in the Kander Theater. The play, directed by senior Theater and History double-major Alex Kohn, takes place in 1937 and follows the story of the Wingfield family as they navigate disparate familial expectations.

The play follows Tommy, a writer (College senior Nani Borges), Tommy’s disabled older sister Laura (College senior Cat Potts), their mother Amanda (College junior Ronit Schorr), who has specific goals for her two children, and Jim O’Connor (College senior Evan Board) who visits the family. Williams once described The Glass Menagerie as a memory play, told through Tommy’s recollections rather than presenting events as they actually occurred. This heavily autobiographical play, influenced by his own upbringing, launched Williams’ successful career and became a modern classic.

“Shows become classics because we relate to them,” Kohn said. “Because they’re relevant. They touch some human truth. They’re done again and again and again, but what’s the point of doing it over and over if they’re the same every time? The Glass Menagerie is Tennessee Williams’s most autobiographical play. It’s heavily based on his own life. Tom is his self-insert character.”

Kohn decided to cast role of Tom, traditionally played by a cis man, as a trans woman.

“I wanted Tommy to be trans,” Kohn said. “I knew that going into it because The Glass Menagerie has always been my favorite play, and I always heavily related to the role of Tom. As a queer, trans, disabled person, all of those identities are really important to me and are never really represented in theater. So it was really important to me that the theater I do includes these voices that traditionally aren’t included.”

Kohn and the cast are very intentional in their portrayal of disability. Potts reflected on her approach to the role of Laura in an email to the Review.

“For my character specifically, Alex and I talked in depth about the history of disability in the United States, as well as modern-day perceptions,” Potts wrote. “Coming at the role as an able-bodied actor, portraying Laura in an accurate and respectful way is really important to me. We also spent a lot of time dissecting Laura’s neurodivergency based on textual evidence as well as what we’ve interpreted.”

Kohn explained that “all the writing is like poetry” in The Glass Menagerie.

“I just hope everyone in the audience feels affected and left with something to ponder as they walk out,” she wrote in an email to the Review.

When asked what she hopes the audience walks away with, Potts responded with a quote from the show: “In these trying times we live in, all that we have to cling to is each other.”

The show will feature performances at 8 p.m. on Thursday, Friday, and Saturday, and 2 p.m. matinees on Saturday and Sunday. Tickets are $5.