“A Man In the House” Celebrates Family Ties 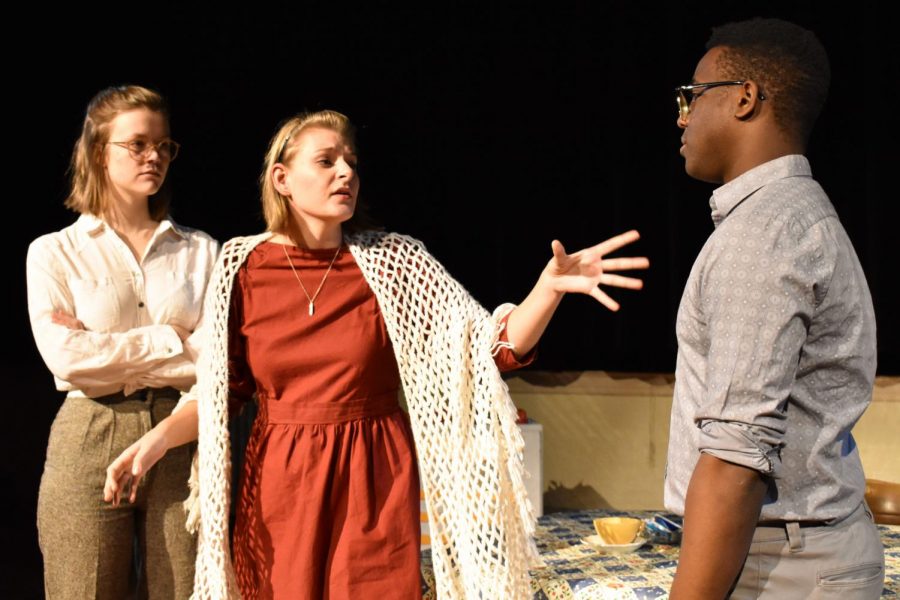 This weekend will mark the opening of A Man In the House, an Oberlin Student Theater Association production. Written by Elinore Siminovitch, the play takes place in 1937 Montreal and chronicles the lives of Lily, a progressive trade unionist, her daughter Jenny, who rejects her mother’s aspirations for her to attend medical school, and Lily’s mother, who cares deeply about her family but resists progress. A boarder comes to live with them as the first man in their house and the strikes up a romance with Lily, despite great political differences. In the wake of their breakup, they have to find new ways to navigate their shared space.

Julia Peterson, a College senior and the play’s director, started thinking about putting on the show over a year ago. She has a personal connection to the script, as it was written by her grandmother.

“The idea of her that I have in my head is of a person who would have really loved Oberlin,” said Peterson of Siminovitch, a feminist socialist, and a prolific writer with a firebrand personality much like her protagonist.

Peterson designed a set that reflects her personal connection — the tablecloth is her family’s tablecloth, a portrait of her grandmother hangs among the feminists that adorn the bedroom, and Peterson’s Shabbat candles are included onstage.

A Man In the House is interestingly anachronistic — something Peterson leaned into, using ’60s and ’70s union songs for the scene transitions. The play’s protagonist acts much like a second-wave feminist; additionally, there are also several references made to fascism despite the pre-Holocaust time period.

“Especially for somewhere like Oberlin that is so progressive, a lot of the ideas that [people are] fighting for seem like such a done deal,” Peterson said. “But then you have to think, this wasn’t that long ago, and it’s not the past for many people.”

The play will run tonight and tomorrow at 8 p.m. in Wilder Main, with tickets sold at the door for $5.