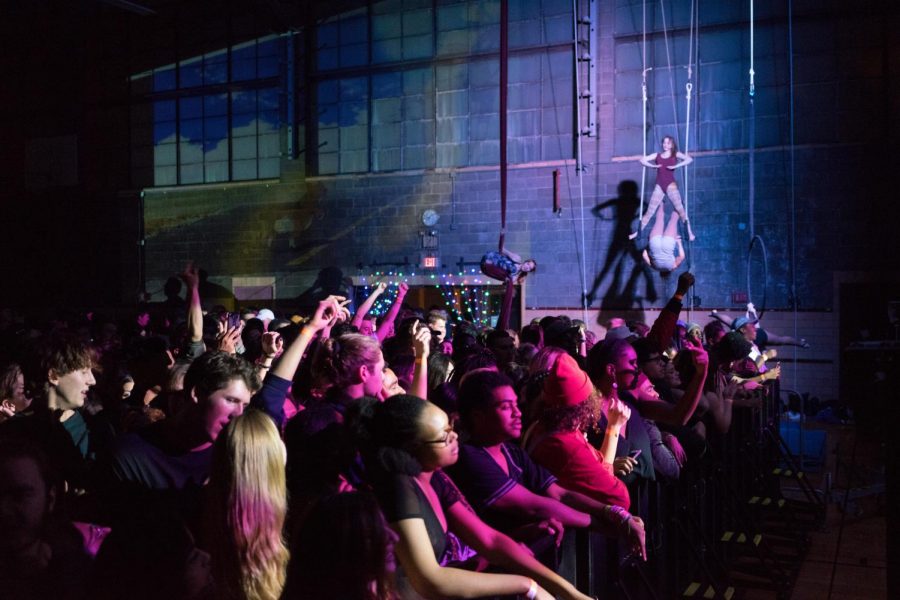 Solarity, Oberlin’s take on college rave culture, is returning this semester with an exciting lineup of performers. Tomorrow evening Lizzo, a hip-hop artist who became hugely popular with hit singles such as “Truth Hurts” and “Good As Hell,” will headline the event. Numerous student DJs will open her performance, including 2NDWIFE x hearteyes and CLENDO. And What!?, a student hip-hop dance group, will also be included in the student performances. DJ and British electronic music producer Iglooghost will perform just before Lizzo.

Solarity is one of the most widely-attended events by students each semester. Lizzo’s appearance is significant for Solarity, as past headliners have consistently been DJs rather than vocal artists, with the exception of Saba last year.

“We’re bringing in the biggest — in terms of name recognition — performer that we’ve ever had,” said Daniel Markus, double-degree fifth-year and Solarity co-chair. “Solarity has been trending in this direction for a while, but this is by far our biggest splash.”

In the past, Solarity’s acts have mainly featured student DJs and occasionally more well-known DJs as headliners. In 2016, for example, the event featured Metro Boomin, a prominent producer and DJ who has worked with the likes of Kanye West and Drake.

Another important change Solarity will see this semester is a new venue. The event has previously been held in Hales Gymnasium, which isn’t large enough to accommodate student interest in the event.

“[Hales] has a low capacity, so it’s a [700-person maximum] room, which means if you want to bring someone really big … not as many Oberlin students are going to have a chance to see that,” Markus said. Hales Gymnasium is also not compliant with the American with Disabilities Act, meaning it isn’t accessible to all students.

This year, Solarity will take place in the Heisman Club Field House, which is ADA-compliant and better suited to host the event, according to Markus.

“[Heisman is] so big that people can have a lot of space to get away from the crowd if they want, which is something we hear feedback about a lot. … Having that space on a serious basis is a really big thing for us,” he said.

The event is free for students who show their student ID. Bottles and bags will not be allowed in the performance venue; however, complimentary water bottles will be provided to students. Doors will open at 10 p.m.

Lizzo’s career started in Minneapolis, when she released her first album, Lizzobangers, in 2013. The album received widespread acclaim and brought Lizzo into the hip-hop mainstream.For some students, Lizzo’s involvement is a huge draw for this year’s Solarity.

“I’m super excited for Lizzo! Her music is all about self-love, body positivity, and healing — and I think that those are important things for us to celebrate at Oberlin,” College sophomore Henry Hicks wrote in an email to the Review. “I saw her perform two years ago, and it was honestly one of the most energizing and entertaining concerts I’ve been to in a while.”

Lizzo’s performance at Oberlin may even win her some new fans, like College sophomore Tom Decker, who said, “I’ve heard some of her songs, and she’s pretty good. I’ll listen to some more of her songs soon so I can sing along at Solarity.”

In early November, the Student Finance Committee, the group that oversees the student activity fee, sent out an email to the student body announcing their collaboration with Solarity in deciding who would headline this semester’s show. The email included a link to a survey with various options, including Lizzo, Charlie XCX, Flatbush Zombies, and Waka Flocka Flame. Lizzo actually placed third in terms of student responses, however the first two choices were unavailable. Nonetheless, many are buzzing with excitement for her performance.

According to the email, the survey was part of an ongoing effort by SFC to “ sponsor more inclusive programs” and “accommodate as many participants as possible and meet a demonstrated need.”

Solarity usually takes on a different theme every semester, which adds yet another layer of excitement to the event. In past years, themes have included “Toxicity,” “Atlantis,” and “Wasteland.” This semester, the theme for Solarity is “Bioluminescence.”

“The process of choosing themes is sort of arbitrary,” said Markus. “We basically pitch theme ideas and widdle it down to a group of three to six more concrete ideas.” Elaborate lights and decorations will contribute to the atmosphere of the event.

Solarity is a staple of every Oberlin semester, and is a favorite event of many students. This year, significant changes will hopefully draw even bigger crowds and generate more excitement around the event. Whatever happens, Solarity is sure to be a fun and exuberant experience for all who attend.