From the Perspective of a Black Journalist 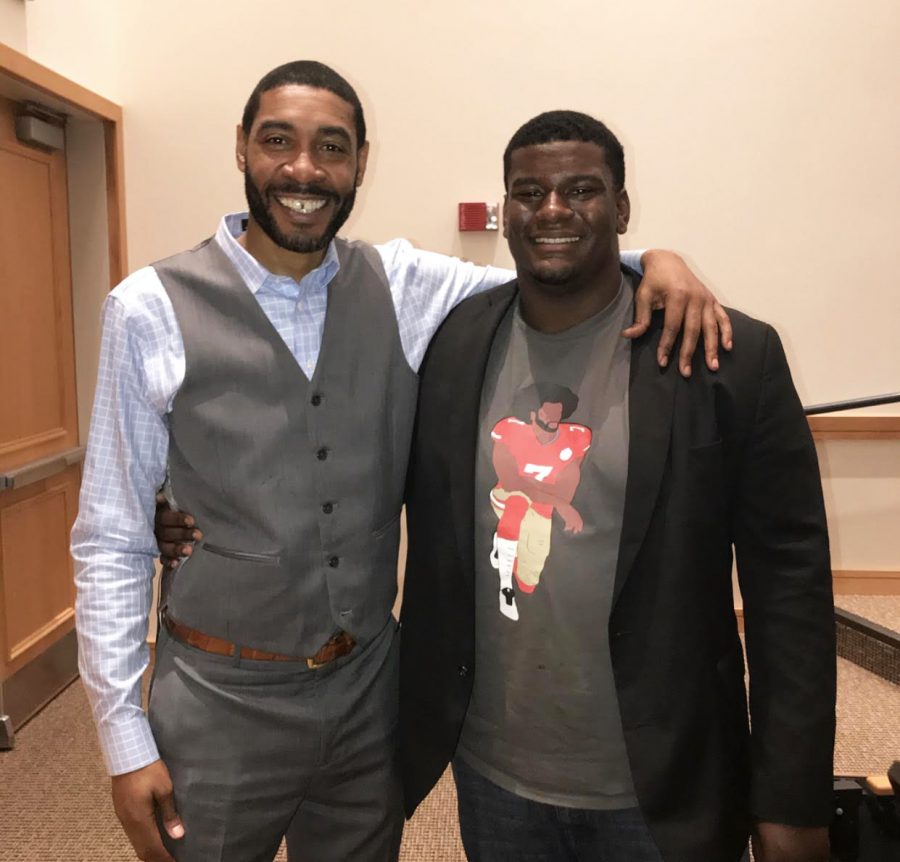 College junior, football player, and sportswriter Jason Hewitt believes he can offer a unique perspective as a journalist of color. Last spring he had the opportunity to interview Jimmy King, a member of the University of Michigan’s Fab Five.

Perspective is one of the most important aspects of journalism. I believe that every single voice matters, because every voice has a story behind it. I want to take this time to thank every single black journalist who has paved the way for me to be in the position I am in today. Without trailblazers in journalism such as Ida B. Wells and Frederick Douglass, who used their perspectives to tell their stories despite the oppression they faced, my voice would be diminished.

With that being said, being a black journalist can be tough at times, especially when there aren’t many black people in the field. There’s a certain type of bias that black journalists have to face. One of the most irritating obstacles that black people have to face is the foolish idea that they can’t articulate themselves in a professional setting. Gotta love that stereotype, huh? This is just one of many barriers that black journalists have had to face for decades. If their articulation wasn’t scrutinized, then they would be discriminated against for a number of other trivial reasons, such as the way they dress.

That’s why I have such great admiration for critically-acclaimed black journalists like Oberlin alumnus Chris Broussard, OC ‘90, Jemele Hill, Stephen A. Smith, and the late legend Stuart Scott. Their perspectives are already unique in the world of sports journalism because of their blackness. Their incorporation of black culture into sports media has been one of my favorite things to see on big sports platforms like Fox Sports and ESPN.

Their voices are expressed through the stories they tell, which I have always found inspiring. My voice in particular took awhile to be amplified by an actual news platform, and my story in the field of journalism has been one wild rollercoaster. When I first committed to Oberlin for football, I wanted to major in psychology and become a physical therapist. Shortly after my first year began, I realized that my true calling was to write stories for the public to hear through my own unique perspective.

I wanted to use a platform to share my own perspective on sports events, but I didn’t have any work experience in the news. The only true advantages I had at that point in my career were my Oberlin education and my experience as a college football player. The perspective I’ve gained as a black college football player is pretty unique — especially in journalism. So I used it to my advantage and decided to primarily write about football. I knew I had to find a platform, so I made an opportunity for myself by creating my own website, Golden Standard Sports.

On Golden Standard Sports, I wrote about popular sports stories that were relevant to current events. I did some work on it for a Winter Term project, I covered events such as the 2017 NBA Finals and Super Bowl LII, and I even wrote about boxing at one point. My support system showed a ton of love and got the website a ton of views. After Golden Standard Sports gained some more popularity, The Oberlin Review contacted me, and I started writing for them in January 2018. I began writing for The Grape last August (don’t worry — my articles for The Grape aren’t that weird).

One of my proudest moments as a journalist was when I received a writing position with SB Nation as a contributing writer for its Carolina Panthers website. I got the position by emailing the head editor and asking about opportunities to join the staff. I sent him my résumé, cover letter, and some articles I wrote at Oberlin. He loved my work and offered me a position on staff.

I am a huge Panthers fan — if you see someone on this campus wearing a Cam Newton or Christian McCaffrey jersey, it’s probably me. Imagine my excitement when I found out I would be able to write for my favorite football team on a national platform. I’m pretty happy with where I am in my career at this point, but I still have a long way to go. I’m excited for the journey ahead.

As I said, the last few years have made me realize that there are not many black journalists out there. Because of this, many black voices aren’t being heard in most types of media. That’s one of the main reasons why I wanted to engage with journalism. I finally saw the value of my own perspective and the potential to convey stories through that perspective. I’m continuing to better my craft every single day, because I want to be an inspiration to future black journalists someday. More black voices need to be heard in the media, period. Happy Black History Month!