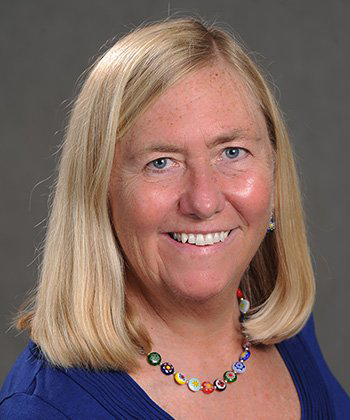 Could you tell me a little about yourself, your background as a music therapist, and how you got involved in the field?

I graduated from Shaker Heights High School on the east side of Cleveland a few decades ago. While I was in high school, I went to a meeting with a friend of mine who belonged to this music club. They happened to have a guest speaker that day, Anita Louise Steele Markland, who had just received money from the Cleveland Foundation to begin a music therapy program at the Cleveland Music School Settlement. That’s what it used to be called, now it’s just the Music Settlement. This was back in 1968 or ’69. I subsequently just became fascinated by what she talked about. I later called them and went down and observed them a couple of times and decided that that’s what I was doing.

So when I left high school in 1972, I was bound for Ohio University and I stayed there for three and a half years and got my coursework out of the way before I did my internship at Detroit Psychiatric Institute, right off the John Lodge expressway. It was a unique downtown experience, to say the least. I finished that, and I went and worked at a state hospital in southern Indiana. It was a huge program with about 2,500 residents who had severe or profound intellectual disabilities. The unit I worked on specifically had profound intellectual disabilities as well as some combination of visual and auditory deficits. In any case, I worked there for four years, and while I was working there, I also went up to Michigan State and did my Master’s degree. I finished my Master’s thesis in the summer of 1980 and got a teaching job up in Minnesota for a year. I went from there to Indiana University for seven years. Then I came here, and I’ve been at the consortium since 1987.

What exactly do you do at Baldwin Wallace and the consortium?

Actually, when I came here in 1987, the consortium was made up of five schools: Baldwin Wallace, The College of Wooster, which is still part of our program, Cleveland State [University], which broke off about eight years ago to start their own program, Case Western Reserve University, and Oberlin College. In the ’90s, both Oberlin and Case bowed out because they had a lot of other things going on and it wasn’t a priority in terms of their promotion, recruiting, all that kind of stuff. Then Cleveland State got really big and so they decided it would make a lot more sense for them to do their own thing down on their campus.

But throughout the time I’ve been teaching, I also see private clients. I’ve worked at the Lutheran Medical Center up here in Cleveland, which is part of Cleveland Clinic now. I worked on their gero-psychiatric unit for about 11 years as a consultant and went once or twice a week. I would work with groups and then write notes supporting and contributing to the diagnostic assessment of the clients that came in there. It was a short term facility for elderly clients. Some of them ended up going on to nursing homes, and others ended up going home.

It’s been really important to me throughout my career that I always have some clinical work going on, because I just didn’t feel like I could say, “Back 30 years ago when I was doing clinical work, I did this,” because that doesn’t make any sense. So what I do now is I oversee the curricula at both Baldwin Wallace and The College of Wooster. Their curricula are both approved by the American Music Therapy Association. I make sure it continues to be right on target with what the students learn and that it’s current. I also supervise students in clinical work and keep regular contact with our practicum sites with various programs that we use, so that the folks there understand what music therapy is, understand what our students are capable of, and what they don’t do when they come to the facility.

Can you explain what music therapy is for some of our readers who might not be familiar?

Music therapy is using the experience of music, which is brought to the situation by the board-certified music therapist, to assist the client in various areas. It could be communication, it could be motor skills, it could be academic or cognitive skills, and it could be emotional or social skills. Music is a form of art that a lot of people are very familiar with. So it’s probably less threatening than some other therapies.

A lot of people use music without even thinking about it. They use music to express themselves just through the types of music that they listen to, the radio station they listen to, or the types of music they sing along with in the car which might make them feel better, or they turn on certain music because they’re in a bad mood, you know, those types of things. Or maybe when they’re exercising they turn on certain music to get them to move quicker or move longer. It’s important to get clients involved in music in ways that will help their other areas of function work better.

One of the things that we do is help in a medical setting. We work with what we call procedural support to help folks who are having [specific difficulties] — maybe they have a real terrified, anxious response to blood draw, or maybe it’s addressing change, or maybe it’s a respiratory therapy — it’s intervention of some sort. We can use music to help them relax, maybe help understand more what’s going to be happening and actually be with them during the process. This makes it easier because they may breathe better, they may need less pain medication, and the situation might just be over with quicker if they’ve got a distraction in the room. So that’s one way we use it a lot.

We’ve received a lot of national and international attention for the way music can help people with that, with Alzheimer’s or with other types of dementia. Some patients regained a lot of their long-term memory during the music experience. It often doesn’t last long after the experience, but during the experience, not only do people recall lyrics — they sing a song with perfect lyrics in the correct rhythm with the correct melody — but they’re also able to remember where they were when they first heard the song. They can describe in detail the room, the smells, the other people that were there, but they may not be able to recognize family members who are sitting right with them.

Yeah, it is. You know, it kind of looks magical, but when you look at the science, you can see the brain scans of people with music and without music. It’s not magical at all. It’s totally physiologic. The way we process music is really complex and it’s all over the brain.

One of the things you touched on during your talk was how fulfilling the field of music therapy has been for you. Can you elaborate on that?

I always thought it’d be fun to go into music, but I really didn’t want to be a music teacher. And I think what I love about this is that some of the folks I work with probably wouldn’t be involved in any music if they didn’t come to music therapy. And because they come to music therapy, not only do they work with me once a week for half an hour or an hour, but they go home and they have a really rich music environment, instruments, they do music with their family. And so it gives not only the client a gift, but it gives their family a gift because it gives them another way to communicate.

I’ve loved watching families — particularly where they have a loved one who has dementia — and they go religiously to visit. And they don’t have anything to say. They don’t know what to do because their loved one doesn’t recognize them, doesn’t call them by name. So we started singing songs and we started singing some things that are familiar to all of them. And all of a sudden the patient, their face changes, their eyes brighten — they’re not so cloudy — and they look right at their adult children and call them by name. And that adult child doesn’t know how to respond there. I always say, you don’t want to scare your mom or your dad, just try to say, “Hi Mom, I love you.” Or, “This is so much fun to sing together, isn’t it?” You know, anything like that.

I think probably one of the most rewarding things is that not only do people come in here and participate in music with me, but they can take it and generalize it to their everyday life. They can use music as a really meaningful leisure time activity in a way to communicate with their family, too.