Captain Marvel: A Solid Superhero Movie, But Nothing More 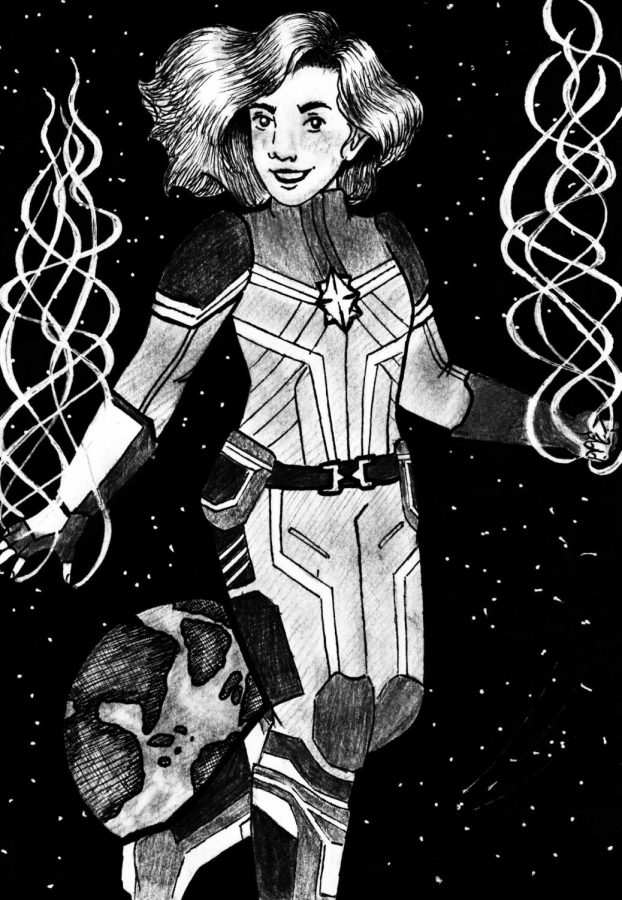 As a die-hard Marvel fan and a general superhero buff, I was more than merely excited to see the Marvel Cinematic Universe’s first female superhero-led movie. Yet, perhaps spoiled by last year’s Black Panther, I was somewhat disappointed by the movie. Captain Marvel is a fine film, and a much-needed step in the right direction in terms of female representation within the MCU, but it never truly excels, instead feeling like a by-the-numbers superhero movie with nothing special going for it.

Part of the reason Captain Marvel didn’t quite work for me is because of what came before it. In addition to Black Panther, which set the bar extremely high for new solo superhero movies, the superhero genre as a whole is often stale. We are at a point where superhero movies need to bring something new to the table in content or tone, and Captain Marvel, unfortunately, fails to do both.

As a female-led superhero movie, Captain Marvel also elicits comparisons to the recent female-led DC superhero movie, Wonder Woman, but this comparison does not favor the former. Not only was Wonder Woman bolder, as it represented female superheroes at a time when Hollywood was uncertain whether they could succeed economically, but it was also just a better movie and set a precedent that Captain Marvel didn’t quite meet.

Comparisons to other movies aside, Captain Marvel is a decent addition to the MCU, coming in around the midway point among Marvel Studios films. While I generally like to give a more detailed rundown of what did and didn’t work in the film I’m reviewing, there is little I can say about Captain Marvel without spoiling the movie. It neither fails nor succeeds spectacularly in most areas, and is instead solidly average most of the time.

There are, however, two major exceptions: The film’s humor is mediocre, and its action is outstanding. The humor is a rare miss on Marvel’s part; many of its jokes seem forced. While Marvel films are known for their quippy dialogue, many of Captain Marvel’s one-liners fail to land. On the other hand, both the action and the visual effects in the film are fantastic. Brie Larson’s titular Captain Marvel shines in combat, looking more badass than any Marvel hero before her.

In terms of female representation, Captain Marvel definitely carries its own. In film, getting representation right is often a function of avoiding the pitfalls and stereotypes so many studios have traditionally propagated. The film’s directors, Anna Boden and Ryan Fleck, do an excellent job portraying Carol Danvers, a.k.a. Captain Marvel, as her own person. The movie is defined by her own journey, rather than other characters’ actions. The directors also chose to steer clear of a romantic subplot altogether, making it the first solo superhero movie of the MCU era to do so. This choice definitely works in the movie’s favor, preventing it from becoming another superhero cliché.

If you want to see a female superhero movie with lots of cool action, something that has long been missing in the MCU, then this movie is not to be missed. Similarly, if you’re a Marvel junkie, then even the worst Marvel films are enjoyable, and this is far from the worst of them.

However, if you’ve seen one too many generic superhero movies, then Captain Marvel is unlikely to stand out. Those who like tangible stakes in their movies may also want to steer clear, as this film takes place before most of the MCU and therefore focuses more on her story than its actual consequences. At the end of the day, if you would be interested in Captain Marvel, you were likely already planning on seeing it. I would only warn you not to set your expectations too high, for while it is a perfectly serviceable movie, it is no Wonder Woman or Black Panther.