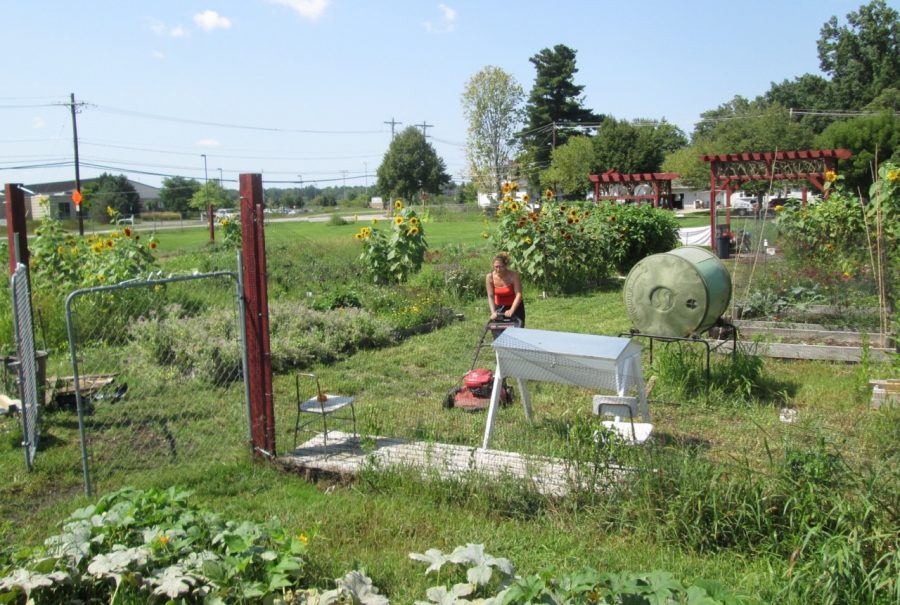 The future of Oberlin’s Legion Field Community Garden — which has been operating for nearly 10 years — is uncertain as it seeks to secure a new fiscal agent. The garden, which grows on city-owned land on South Professor Street, was previously backed by a 10-year contract between the City of Oberlin and the Zion Community Development Corporation. Zion CDC is now unable to provide the necessary funds to keep the garden open. However, the garden has found a new potential sponsor: a local organization called Our Fathers and Mothers Involving Local Youth.

In an attempt to become the garden’s fiscal agent, Our F.A.M.I.L.Y. has requested time on the agenda of the Oberlin City Council’s April 15 meeting.

“Our F.A.M.I.L.Y. believes that access to fresh, nutritious, affordable food by community members is vital in promoting community health and preventing disease and that a community garden can provide not only a source of vegetables and fruit, but also educate the wider community about organics, food, and food security issues,” Our F.A.M.I.L.Y. wrote in a letter sent to City Council. “For these reasons we are offering to be the fiscal agency and lead organization for the Legion Field Community Garden.”

After ending its financial relationship with the garden, Zion CDC had planned to donate the garden’s various equipment to the city. However, in a 4–3 majority the Oberlin City Council voted not to accept the equipment, leaving Zion CDC in charge of removing all materials from the plot.

Vice President of City Council Linda Slocum was one of the three council members who voted to accept the materials, saying she wanted to take the time to try to figure out something better to do with the area rather than forcing Zion CDC to clear the land.

Slocum suggested that the reason the city elected to reject the materials was due to an unwillingness to assume responsibility for the garden.

“Accepting the materials would have meant that the city would take over the garden, and the city is not prepared to get into the gardening business,” she explained.

The garden was established with the goal of promoting sustainability and building community in Oberlin. Plots in the garden were available for community members to rent for a fee of $20 per plot or four hours of volunteer work at the garden.

Oberlin resident and garden manager Peter Crowley explained that the garden has been an important part of the community.

“It’s a neighborhood asset,” said Crowley. “We’ve created a garden which is an ecosystem in itself that doesn’t require a lot of input from commercial fertilizers and things. So we’ve created a very healthy place for people to recreate.”

“[The plan] says that one of the ways in which a community can become more resilient in response to climate change is to develop local food resources, and that’s what we’re doing,” Crowley said.

City Manager Robert Hillard, who was the first to be notified by Zion CDC President Michael Sabiers of the defunding, explained that he already believed that the future of the community garden was uncertain even before receiving the letter.

“There’s a long history to the garden,” he said. “Over the last two years there’s been a variety of discussions around the future of the garden, so as of winter when notice came that [Zion CDC] was no longer interested [in funding the garden], it wasn’t necessarily a surprise.”

No matter the future of the garden, Slocum believes that the uncertainty may serve as a potential conversation starter that will spur City Council to re-evaluate community building, as well as issues of greenspace and public goods.

“I think we can use this as an opportunity to step back and examine what the purpose of gardens are: what we want them to accomplish, [and] how they fulfill our climate action plan,” Slocum said.