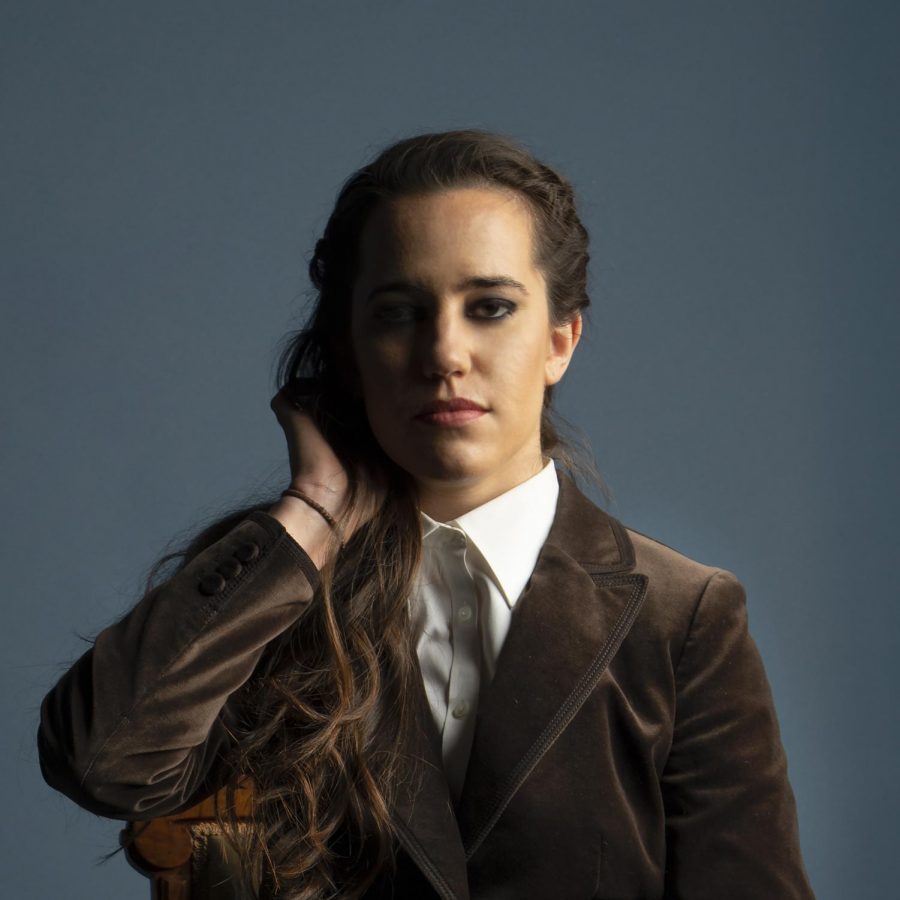 Artist Jean Rohe made her Oberlin debut with an intimate crowd at the Cat in the Cream this week.

Brooklyn-based singer-songwriter Jean Rohe stopped by Oberlin to give a songwriting workshop last Wednesday before her 8 p.m. show with her band at the Cat in the Cream. She is currently on tour to promote her new record, Sisterly, which was produced with her longtime collaborator Liam Robinson, with whom who she plays in a duo called Robinson & Rohe.

Rohe first caught attention with her 2012 single “National Anthem: Arise! Arise!,” which was inspired by American history and social movements. This song was followed by her 2014 full-length release, Jean Rohe & The End of the World Show. Her most recent release, Sisterly, took a different thematic turn from her previous works, with soulful ballads on themes ranging from migration to love to police violence.

Her press release on the album reads, “Whether mediated by devices, conducted across oceans, passed through prison bars, or directed at an inner critic, each song on Sisterly contains an urgent missive for this moment. Rohe’s strength is in binding these themes together with sharp language and her broad musical imagination, yielding an unexpected marriage of word, sound, and story: strands in the same braid.”

She’s caught the attention of major outlets since then. The New York Times described her as “a sure-footed young singer-songwriter,” and No Depression, a quarterly roots music journal, called her music “thoughtful, reflective, and courageous.”

Rohe’s first stop at Oberlin was the Cat in the Cream where she gave a workshop on songwriting. A few students and a member of the community came together to talk about their experiences writing and analyzed her song “Wings.” The group pointed out particular parts of the song that caught their ears, such as its cohesive narrative and use of lyrical assonance. Rohe explained the inspiration behind the song.

“Songwriting is a craft you learn by doing,” she wrote in an email to the Review. “Write a lot. It’s simple but so true. Follow the impulse – when you’ve got an idea that makes you excited, get that ball rolling. It’s important to get those ideas moving when they really feel alive.”

She said that she liked to keep editing out of the beginning of her creative process.

“You can always go back with your finely calibrated tools to refine and revise, or tear it all apart. But there’s no substitute for that initial impulse.”

Her workshop was followed by a performance later in the evening. The few people at the venue had no idea about the musical treat they were in for Wednesday night.

Jean Rohe borrows sounds from folk and roots music, while pouring her heart out above flying jazz chords. This special twist makes her wandering and inquisitive melodies shine. These melodies come full circle and prove to be her biggest strength — and the band backing her played to that strength by filling the few cracks of silence.

At first, Rohe and the band were clearly disappointed with the lack of midweek turnout for their set. Their disappointment did not linger, nor did it impact the energy for the rest of the night. The live sound was wonderfully balanced, calling attention to the intricate arpeggios and rise-and-fall solos by guitarist Asher Kurtz.

Christopher Tordini played on a half-sized bass guitar that matched the color of his button-down, but still packed a punch through subtle tremolos. Devin Collins held his ground on the drum kit, adding a layer of energy to such songs as “Live.” He was a joy to talk to after the show, where he discussed his passion for music while breaking down his kit. Collins was joined onstage for a few songs by faculty member Jamey Haddad, who added an array of percussive instruments to the mix. During songs with a drum-filled groove, the stage was alive with the contagious smiles of Collins and Haddad as they played off one another. Rohe stood proudly at the helm of the stage with her Gibson acoustic guitar.

Rohe presented powerful and cohesive narratives in her lyrics, and her impressive group filled the space beneath her voice. The electric guitar sat nicely below a down-tuned acoustic guitar during songs like “Safety,” which featured impressive instrumental breakdowns that cushioned the verses. Rohe also used the instrumental aspects of her songs purposefully. Before playing her song “Wings,” she explained the instrumental motif of church bells, and how the church near her home would chime every 15 minutes.

“It was a matter of time before they found their way into a song,” she said on stage.

Kurtz personified the bells through harmonics on electric guitar, which gave the song a melancholy aura as she began the first verse with the lines: “They all stood out in the prison yard/And they build wings out of scrap wood and cardboard.” This moody atmosphere then transitioned into a soulful groove.

Rohe commented on intentionality in her songwriting in an email to the Review. “I think I have an affinity for songs where the writer/composer/improviser is being really intentional with whatever they’re doing,” she wrote.

She neatly ties her narrative together at the end of the second bridge in “Wings” with the lines: “The hurt called caring, the lies called true/Before Icarus ascended to the sky/Before anybody told him not to try.”

Rohe has a powerful sound that proudly represents the Brooklyn songwriting scene. With hints of roots and folk mixing with jazzy grooves, there is plenty to listen to beyond Rohe’s curious lyrics. For all those that missed out on her captivating performance on Wednesday, it’s worth giving her new album Sisterly a listen or two.