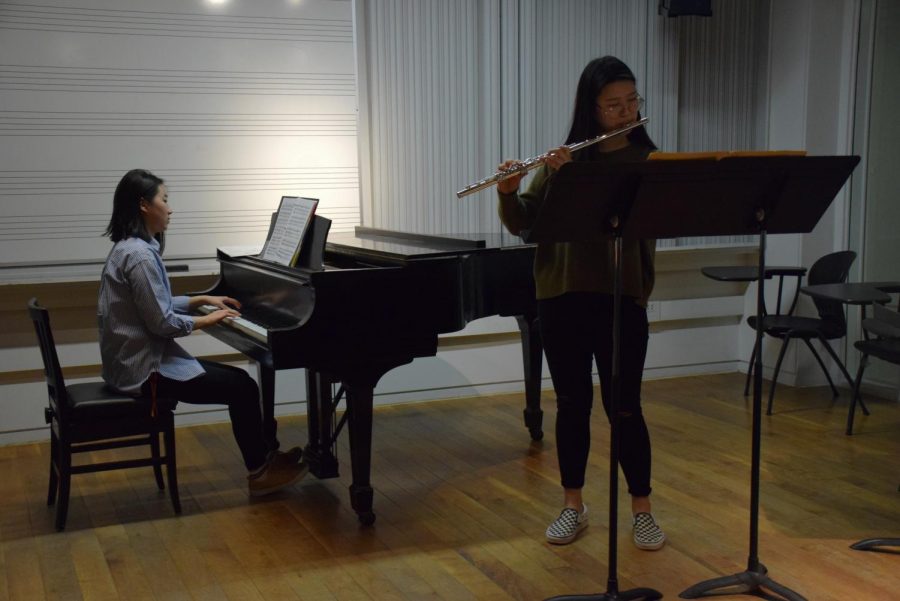 One of the primary areas of recommendation to come out of the Academic and Administrative Program Review concerns structural changes to the Conservatory. Specifically, the steering committee has supported the creation of a revamped Musical Studies major and minor, and recommended that Oberlin increase College enrollment by 100 students while simultaneously decreasing the Conservatory enrollment by 100 students over the course of four years.

This recommendation was made partially in response to data showing that Arts & Sciences students bring in an average of $10,000 more in annual tuition revenue than students from the Conservatory.

“The entire steering committee is excited to strengthen the connections between the College and the Conservatory; the pairing of an elite conservatory and an elite liberal arts college is a distinctive and prized feature [of Oberlin],” wrote Professor of Music Theory and member of the AAPR steering committee Brian Alegant in an email to the Review. “We are also excited about the recent changes to the Musical Studies major, which will allow more Arts & Sciences students to have more meaningful musical experiences.”

The restructured Musical Studies major, available starting in fall 2019, is one way that connections between the College and Conservatory are already being strengthened. An April 15 email sent to the student body explained that the major will be made more accessible to College students through the elimination of the tedious application process and the creation of more manageable and flexible class requirements.

Alexa Still, a member of the AAPR steering committee and associate professor of Flute, expressed enthusiasm about these changes.

“The world definitely needs more musicians and people who love music!” Still wrote in an email to the Review. “I anticipate there being a lot of excitement for [the new major] because so many of the College students I have met come to Oberlin with musical expertise. I really like the idea that we can appreciate making music at many different levels.”

Some Conservatory students, however, are wary of the changes to the Musical Studies major.

“I knew someone who is a [Musical Studies] major and it had some requirements that they got rid of,” Conservatory senior Ricardo Guerra said. “It’s going to be missing some key attributes. … It seems like they are making it less rigorous and I think that’s a detriment.”

Double-degree junior and Conservatory Council of Students Secretary Amber Scherer is hopeful the major and other new programs will help integrate the College and Conservatory, but expressed some concern over bridging the two divisions.

The AAPR steering committee also believes a smaller Conservatory could further benefit Arts & Sciences students by increasing collaborative efforts between College and Conservatory faculty. With fewer students for Conservatory faculty to teach, musically-inclined College students would have more access to classes, lessons, ensembles, and other opportunities. This shift could result in innovative academic pathways in subjects like arts and creative technologies, interdisciplinary performance, arts administration, and popular forms and practices. These concentrations could help support Oberlin’s artists in the competitive world of music.

“I think the idea of more integration of the College and the Conservatory is really important, and it’s good that they aren’t so separate,” double-degree sophomore Julia Klein said. “[Conservatory] students audition to be here, and spend a lot of time on their instrument. It’s a different workload, it’s different from the College. I think we need to balance that distinction.”

However, other students expressed that the increase in individual attention may also help Conservatory students develop stronger, longer-lasting relationships with their professors.

“There are a number of well-functioning prestigious conservatories with much smaller student bodies than we have,” Scherer said. “I think, hopefully, the school will use it as an opportunity to decrease the size of studios, therein decreasing the student to teacher ratio. Right now, there are multiple studios with more than 15 students to one teacher, making it difficult to form a really close or deep bond with our private teacher.”

Still added that the recommendation of a smaller Conservatory could represent a constructive step for professors like herself.

“We’re here because we love teaching. When I consider my colleagues’ ‘extra’ skills and specialties that they just don’t have the time to share with students currently, this change is really exciting,” she wrote. “For example, if I had fewer students, I could do the myriad of things I currently try to squeeze in as ‘overload,’ like extra chamber music coaching, sectionals for the ensembles, working with students outside of my own studio.”

“Because we will be looking for fewer students, the word will be out that we are even more exclusive,” Still said. “This will probably make us even more attractive, and we’ll need to look carefully at our admissions process for ways to adapt.”

Other proposed Conservatory changes include scheduling adjustments and shifts to large ensemble structures. The proposals plan to increase flexibility in ensembles, and to move toward a “one pool model” where all players will be free at the same rehearsal time, making it easier for instrumentalists to participate in more groups. Along with shortening the rehearsal cycle for each concert, the College and Conservatory also plan to collaborate so that certain classes and labs do not conflict with ensemble rehearsals, allowing for greater institutional collaboration.