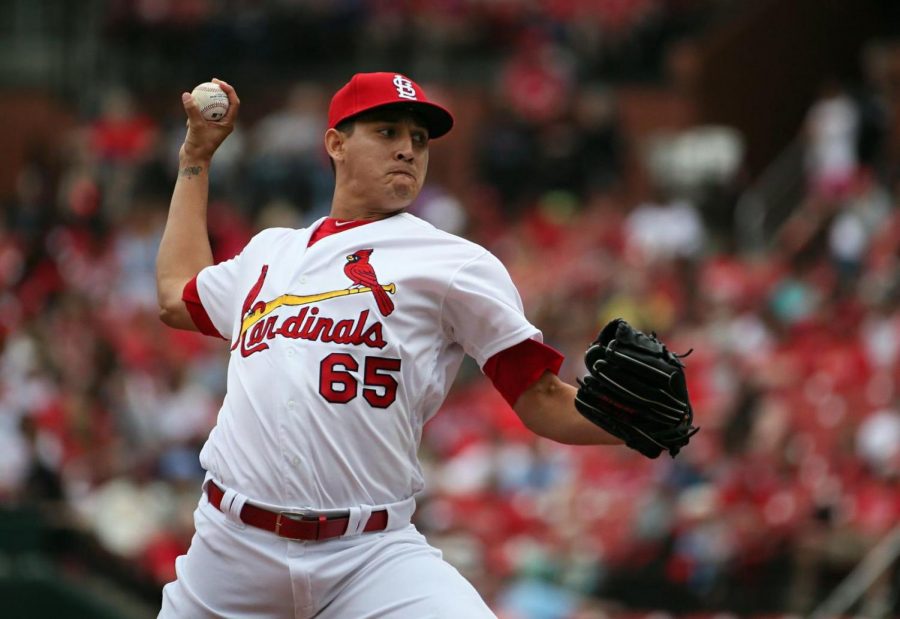 In an attempt to globalize the MLB, the St. Louis Cardinals and Cincinnati Reds faced off in a two-game series in Monter- rey, Mexico, April 13–14. Cardinals pitcher Giovanny Gallegos was the only Mexican-born player to compete in the series.

Over 130 miles south of the U.S.-Mexico border in Monterrey, the St. Louis Cardinals faced off against the Cincinnati Reds in a two-game series. The Mexico series is one of several efforts made by the MLB to globalize its brand and increase popularity abroad. Last month, the Arizona Diamondbacks and the Colorado Rockies competed at the Estadio de Béisbol Monterrey. The MLB will return to Mexico in two weeks, with another two-game series between the Los Angeles Angels and Houston Astros.

A few other games will be held in other parts of the world, such as Tokyo and London. The London series will be especially historic, seeing as the New York Yankees and Boston Red Sox — perhaps the most notorious rivalry in sports history — will compete in the first-ever MLB games played in Europe.

More than 16,800 fans gathered at the stadium — many of them Monterrey locals — to watch the first games played in Mexico for both the St. Louis and Cincinnati teams. In the first game of the Monterrey series, the Reds pulled away with a 2–5 win, but then fell to the high-scoring Cardinals 9–5 to end their time in Mexico.

A number of players on both teams are native Spanish speakers, and looked forward to competing in front of a Spanish-speaking audience. Nearly 30 percent of the MLB is composed of players born outside the U.S., the majority of whom were born in Latin America. Franchises across the country see players coming to compete from countries like the Dominican Republic, Venezuela, Cuba, and Puerto Rico, to name a few.

Seventeen of these active-roster players were born in Mexico — including Giovanny Gallegos, who was able to pitch for the St. Louis Cardinals in his native country as the only Mexican-born player to compete in the series in Monterrey. He brought the baseball from his first Major League win as pitcher — which he achieved earlier this month against the Los Angeles Dodgers — down to Mexico to give to his father, who had made the trip up to Monterrey from Obregon, Mexico, to see his son compete from the stands.

“It’s a gift for my dad,” Gallegos said in an interview with The Salem News. “He’s got a whole collection from when I was a young kid [until now]. It’s a hard road to the big leagues.”

The Monterrey series was poignant for Cuban-born Yasiel Puig as well. In an interview with the Cincinnati Enquirer, the Reds’ right-fielder expressed excitement to be playing in Mexico because he considers it to be his home country. For those unfamiliar with his long journey to the big leagues in the United States, Puig had attempted to defect from Cuba to Mexico approximately 13 times between 2009 and 2012. His final and successful attempt to reach Mexico was especially distressing. According to an investigation by Los Angeles Magazine, Puig was held captive for a month in a motel room in Isla Mujeres, an island off the coast of Cancún, by those who had smuggled him out of Cuba in a cigarette boat. It was only after a staged kidnapping that he was able to reach Mexico City, where he officially defected and was discovered by the Dodgers in a tryout. He was offered a seven-year, $42 million contract.

The Monterrey games and Puig’s story are actually quite timely. Under the Trump administration, relations between the United States and Mexico have been strained, to say the least. More recently, the Trump administration also cancelled a deal between the MLB and Cuba that would have given Cuban players the freedom to compete in the MLB without defecting. The subject is difficult for many Cuban-born players in the MLB to discuss, seeing as many had to go through harrowing defection processes similar to Puig’s.

With a league as diverse as the MLB, stretching to other areas of the world is important — especially given the harsh reality that baseball is having trouble capturing the attention of younger viewers, particularly younger, non-white viewers.

“The greatest problem baseball confronts in the 21st century is that it derives much of its enduring appeal from a style of play and adherence to tradition very much at odds with our current culture,” writes Susan Jacoby in her book Why Baseball Matters. “The demographic makeup of baseball’s typical television audience delineates the challenge: It has the oldest, whitest fan base of any major sport.”

With the games in Monterrey and the MLB’s proposed deal with Cuba, it appears that there is interest in becoming more responsive to the historical and geographical barriers that have prevented the sport from being inclusive. Historically averse to political and social issues, the Monterrey series marks the MLB’s departure from the past and a step toward understanding that baseball needs to be about more than just sport.