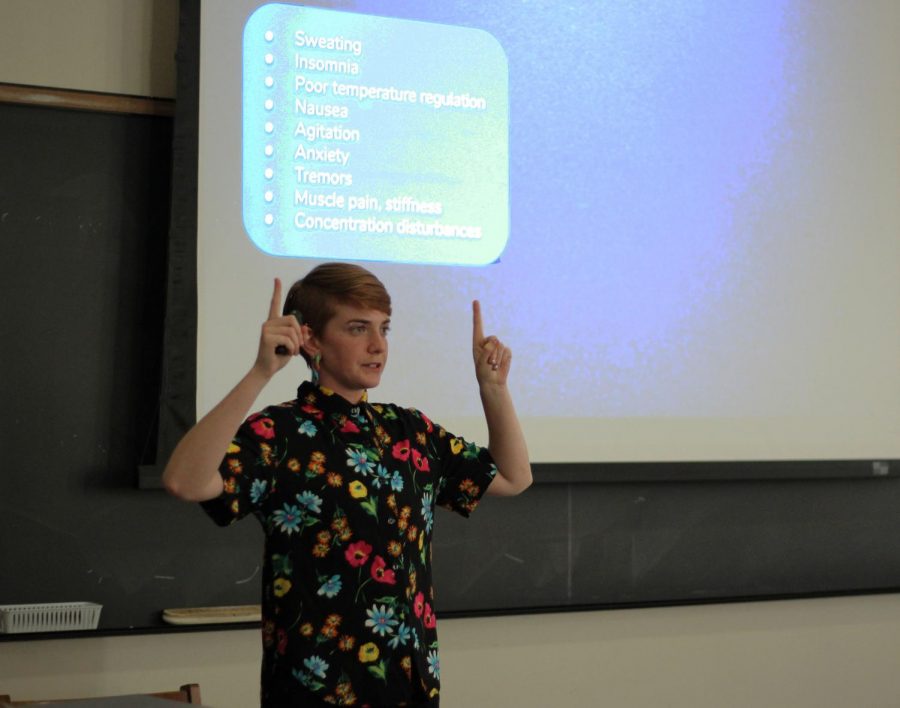 Some students were upset to hear that — through a technological error — anyone who teaches or has previously taught an ExCo was able to access the private transcript of every current Oberlin student. These transcripts include all of the grades students have received during their time at Oberlin, every class taken, and in some cases even past AP test scores. This exclusive access has left some with questions about privacy.

“I feel like it’s fair to call it a breach in security,” College first-year Luci Williams said. “It definitely gives people who have taught ExCos a level of undue and unwarranted power that can really easily be abused.”

The Office of the Registrar and the Center for Information Technology are unaware of how long ExCo instructors have had access to this information, but say they have been working on finding a solution since they found out.

“We’ve been investigating it for the last couple of weeks,” said Monica Crawford, Director of Administrative Computing Services within CIT. “It requires some custom development, so that’s what we’ve had programmers working on.”

According to Crawford, the problem arose because Banner by Ellucian — the software Oberlin uses for class registration — did not have the infrastructure necessary to create roles that gave students some, but not all, faculty permissions.

“It is not typical for institutions of higher education to have students serve in a faculty capacity,” Crawford said. “What happened then was the software actually changed the definition of the roles. So our special modification got overlaid with their definition of roles, and we didn’t know.”

Liz Clerkin, Associate Dean for Academic Advising and the Office of the Registrar, hopes that even with the error, students wouldn’t access private information.

“Given the federal regulations under FERPA, which is the Family Educational Rights and Privacy Act [of 1974], everyone who has access to student data comes in with the understanding that they can only access the data — and this is the phrase from the legislation — with ‘a legitimate need to know,’” Clerkin said.

Similarly, Crawford believes in the integrity of ExCo instructors.

“We don’t want to make it easy for people to see things that they could misuse but, as Liz said, we’re trusting that if you have that role you’re going to use that role responsibly and not misuse the information to which you have access,” Crawford said. “It’s similar to student employees. Student employees have responsible roles all over campus and have access to sensitive information. We expect them to use that responsibly.”

Some students disagree, feeling that the issue is more urgent.

“I don’t think there should be much back and forth about why they need to see our grades or why it isn’t a problem,” Williams said. “I think it’s almost as sensitive of information as something like medical records. I think it’s pretty on-tier with that sort of information and background about students.”

College junior and current Chair of the ExCo Committee Lars Gallegos-Dreith explained that ExCo instructors need to have some level of faculty clearance in order to consent students into their classes.

“I think our approach thus far has just been not to advertise this to ExCo instructors at all,” Gallegos-Dreith said. “When we do our orientation training, we do have a number of slides where we go through screenshots of how to navigate the website. But those [slides] are very leading. So it’s like, ‘Okay, this is the link you click on and you don’t touch anything else,’ theoretically.”

As of Thursday, following the Review’s interview, the Office of the Registrar and CIT say they have found a short-term solution to remove access for all ExCo instructors to student information, describing this as a “work-around” that will be implemented until a long-term solution can be found. However, some students still have questions regarding why it took so long to find a solution.

“I mean it makes sense that it would take time to solve technical issues but it’s kind of sus[picious] that they only found the solution after the Review came to talk to them,” College first-year Noah Plotkin said.

Chief Information Technology Officer Benjamin Hockenhull and others in CIT are in the process of switching software from Banner 8 — which is also known as PRESTO — to Banner 9. Once this transition has been completed, Hockenhull believes errors like this are less likely to happen.

“The software is more flexible; it makes it possible to accommodate unique situations like this one,” Hockenhull said. “It just takes time to implement the change and make sure that it’s doing what we expect that it’s going to do.”

There are typically 100 ExCo instructors per semester and this semester there are 105 instructors.