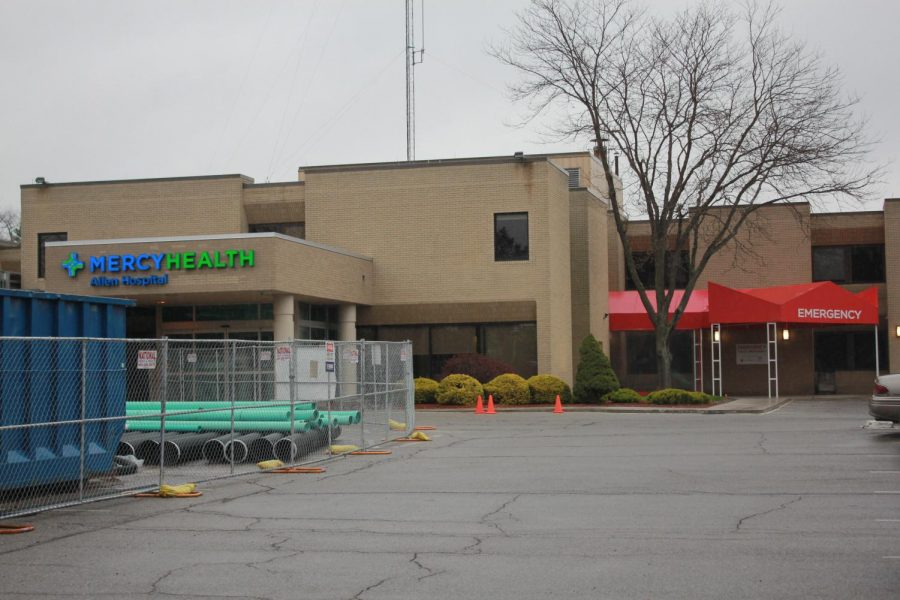 Nurses at Mercy Allen Hospital, located on West Lorain Street, have raised allegations of unfair working conditions and could go on strike in the coming weeks.

The Ohio Nurses Association is entering negotiations today with Mercy Allen Hospital Administrators on behalf of nurses at Mercy Allen Hospital which could result in a hospital-wide nurses strike if the group’s requests are not met. The ONA is accusing Mercy Allen Hospital of underpaying its nursing staff and failing to consistently and adequately staff the hospital with nurses, resulting in inadequate patient care.

“The nurses at Mercy Allen Medical Center work around the clock caring for patients each day. Nursing is an emotional and physically demanding profession — the toll the job takes on the average nurse is indescribable, but nurses make that sacrifice because of their unwavering commitment to patient care,” the petition reads. “Mercy Allen Medical Center has made it clear that this commitment to patients is not to be rewarded. In fact, Mercy Allen Hospital moved away from an already-low wage proposal, wanting to instead pay nurses an even lower wage in return for their commitment to the community.”

Though the group has raised concerns about inadequate nurse staffing and inconsistent practices around paid time off, the negotiations today will center primarily on nurses’ pay, as the ONA is planning to address the other issues at a later date .

The ONA has been negotiating with Mercy Allen Hospital since February, and extended their negotiation period from March 31 to April 30 in an attempt to come to an agreement. During this negotiation process, the Ohio Nurses Association filed an Unfair Labor Practice charge with the National Labor Relations Board against the Medical Center, which is still pending review.

The group has been mobilizing support from community members and fellow nurses through petitions and canvassing as Mercy Allen Hospital prepares to enter negotiations where they intend to bargain for higher wages. Between an online petition and physical signatures of support, they have garnered around 500 signatures.

Oberlin College’s Student Labor Action Coalition, a labor solidarity group on campus, has been working with the group to acquire signatures and raise support.

“We were contacted by labor organizers working for the Ohio Nurses Association on Tuesday morning about organizing with Oberlin students in support of the nurses at Mercy Allen Hospital,” said College junior Elsa Schlensker, SLAC’s communications point. “This is a hospital that a lot of students have received care at, myself included, and it’s one that doesn’t exactly have a shining reputation for quality care. Over the course of talking with the union, it became clear that the workers’ struggle for fair labor practices was tied up in broader trends of cost-cutting, especially at expense to patients’ and workers’ safety and well-being.”

By federal law, health care professionals are required to give a 10-day notice before going on strike. Depending on how the negotiations go today, that 10-day period could begin today and the Mercy Allen Hospital nurses could be on strike as early as Sunday, May 5.

Representatives from Mercy Allen Hospital did not return a request for comment.

Update: As of Friday April 26 a tentative agreement has been negotiated between Mercy Allen Hospital and its nurses. This agreement will be voted on by the nurses for ratification.