The Oberlin Review • May 3, 2019 • https://oberlinreview.org/18806/arts/christ-episcopal-church-replaces-old-rose-window/ 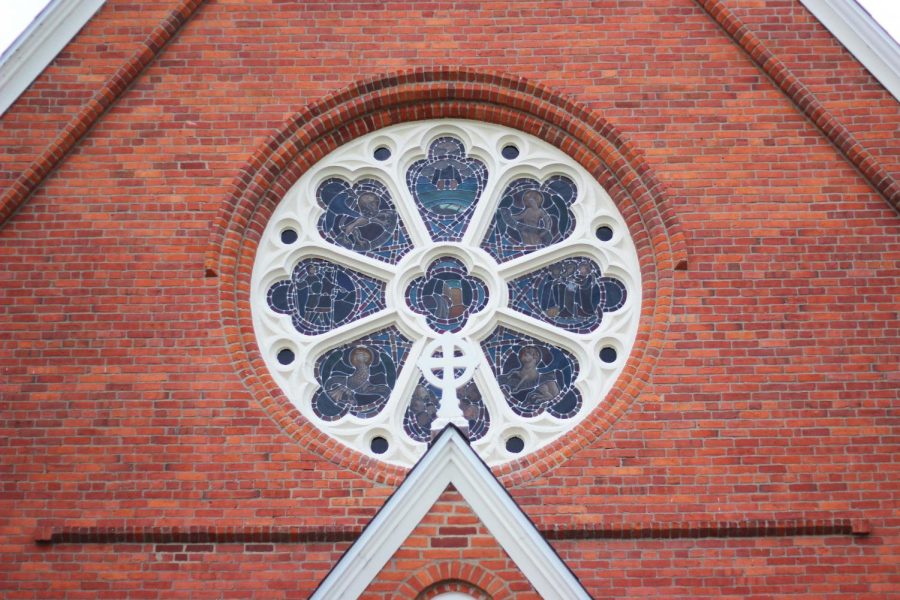 Oberlin’s Christ Episcopal Church has replaced its old rose window after providing 65 years of light. The old window, which was designed and created by Oberlin alumna Margaret Kennedy in 1955, had deteriorated beyond the point of possible restoration, and the church opted for a complete replacement. Kennedy created the old window in the basement of the church, where she set up her studio during her time at Oberlin. Kennedy created all the windows except for the courage window, which was made by New York artist Kenyon Cox. Her windows were installed in 1961. The new rose window was created by Peter Billington of the Whitney Stained Glass Studio, based in Cleveland. The window was dedicated on April 28 and depicts the resurrection of Jesus Christ. The new window’s design greatly differs from the old window; however, there are hints of Kennedy’s original design incorporated into the new window. “We based it on traditional medieval glaziers,” Billington said. Reverend Brian Wilbert explained that the new window was made possible by a gift given by Jane Baker Nord, an active member of the congregation, and her children. “We have a long history of community outreach,” Wilbert said. “Mrs. Nord and her children gifted the funds in honor of Eric Nord and the Nord family legacy at Christ Church.”