The Oberlin Review • May 10, 2019 • https://oberlinreview.org/18874/uncategorized/nhk-films-shikoku-goro-documentary-in-oberlin/ 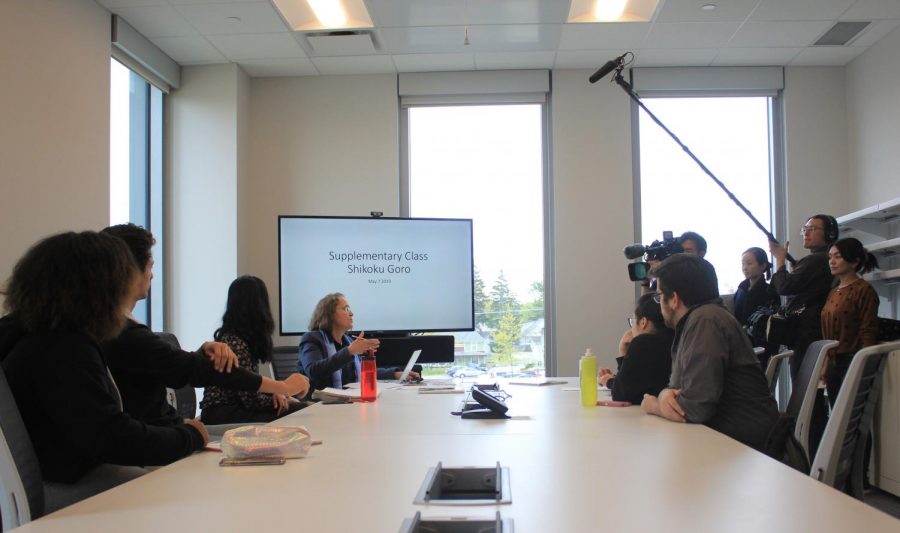 Director Fujimura Naoko and crew from NHK, Japan’s national public broadcasting organization, visited Oberlin to film an Oberlin College class titled “Living with the Bomb” last Tuesday in StudiOC. Professor of Japanese Ann Sherif and student volunteers held a discussion about Shikoku Goro, a post-1945 Japanese grassroots artist and poet. Acclaimed for his anti-war art, the discussion group focused on Shikoku Goro’s children’s book, The Angry Jizo, which is about the atomic bomb dropped in Japan and its catastrophic aftermath. Goro is from Hiroshima, and his documentary will continue filming in his hometown and at a symposium and exhibit of his works in mid-May. Sherif’s contribution to the documentary is in collaboration with a team of scholars in Japan, and she will also be presenting at the symposium on May 19 at Osaka University.