The Oberlin Review • May 10, 2019 • https://oberlinreview.org/18919/sports/womens-track-and-field-win-sixth-championship-title/ 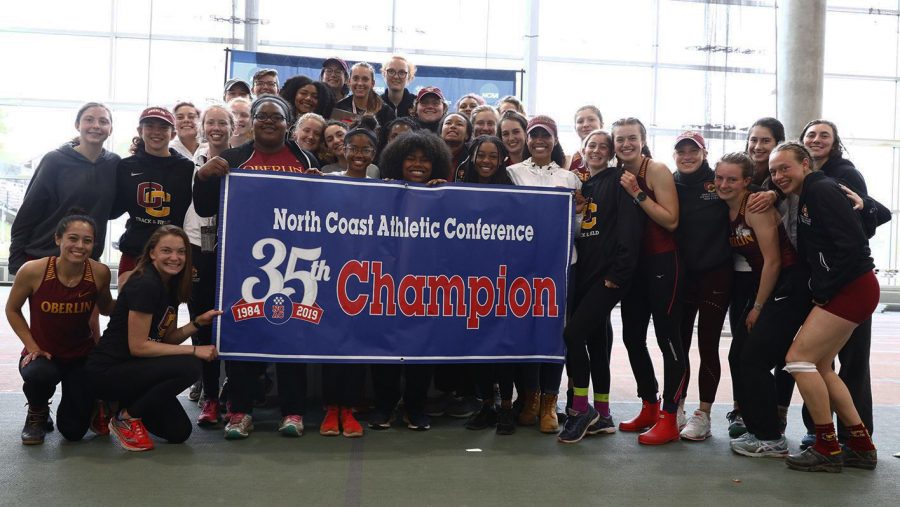 Women’s track and field ventured to Gambier, Ohio for the North Coast Athletic Conference Championship last week and promptly swept the competition for the sixth time in a row. Guided by NCAC Women’s Outdoor Coach of the Year, Ray Appenheimer, the Yeowomen finished with 211 points — 51 points ahead of second-place Ohio Wesleyan University. While the NCAC season is now over, a select number of Oberlin’s track and field athletes will continue to train for the upcoming NCAA DIII Championships meet in the next few weeks. Until then, however, the team will celebrate its success as the season comes to a close.