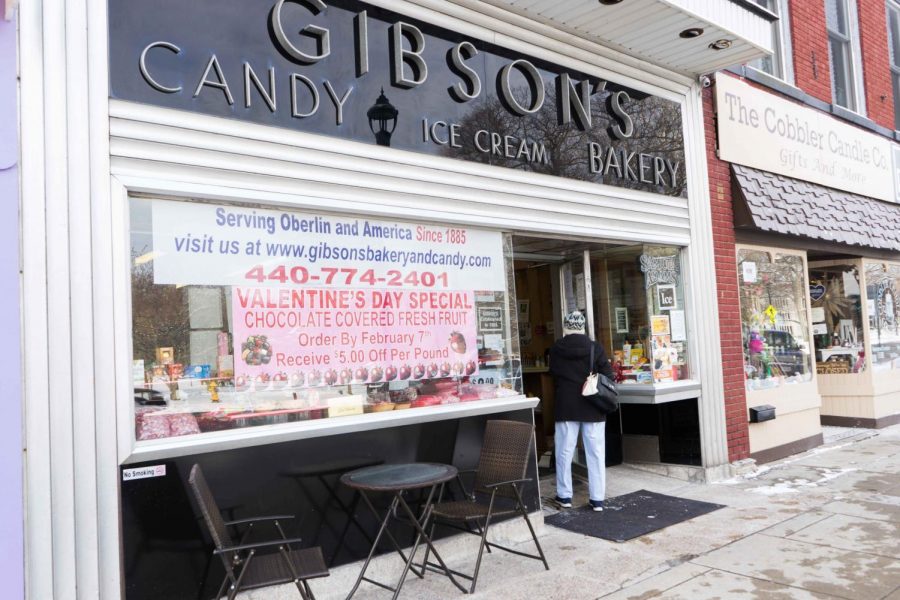 Gibson's Bakery is the plaintiff in the lawsuit against Oberlin College and Dean of Students Meredith Raimondo and was awarded $44.2 million by a Lorain County jury this week.

Editor’s note: Due to the scope of national media attention, the Review took the extraordinary step of covering the Gibson’s verdict outside of normal publication dates. Because of limited staff capacity, the Review does not moderate comments during the summer, and letters to the editors in response to any article will be reviewed for publication in the fall. Please direct any questions to [email protected]

The jury found the College and Raimondo guilty of libel, intentional infliction of emotional distress, and improper interference in the business relationship between Gibson’s and Bon Appétit, Oberlin’s food management company.

The lawsuit was filed by Gibson’s in November 2017 and went to court May 9 of this year.

The tension between the College and Gibson’s initially arose in November 2016 when a Black student was accused of shoplifting in the bakery. The student was followed outside the store by Allyn Gibson, the son of the bakery’s owner David Gibson, who are both white. A physical altercation ensued between the two. Two of the student’s friends, who are also Black students, allegedly started hitting and pulling Allyn off the student, later saying they were attempting to break up the altercation. Allyn alleged the three students attacked him, while other eyewitnesses reported that Allyn was the aggressor.

The day after these arrests, students initiated a 12-hour protest outside of Gibson’s Bakery and launched a widespread boycott of the business. Many objected to what they considered racial profiling on the part of both the Gibson family and the Oberlin Police Department, as well as an alleged history of racial profiling connected to the store. Some students passed out flyers that read: “This is a racist establishment with a long account of racial profiling and discrimination. Today we urge you to shop elsewhere.”

Following the protests, the College temporarily paused its standing catering order with Gibson’s, but resumed its regular business relationship in January 2017. Gibson’s claimed that this decision was part of the College’s attempt to inflict financial damage to the bakery. In court, one of the College’s attorneys, Rachelle Zidar, argued that the College and Raimondo did not seek to injure the business, but rather the pause was meant to defuse tensions that had built within the student body. Following the announcement of the lawsuit in November 2017, the College permanently ended the business relationship.

The three students involved in the initial altercation took a plea deal in August 2017. In exchange for amended misdemeanor charges, they were compelled to plead guilty to shoplifting and read statements recanting allegations of racism against Allyn Gibson and the bakery.

The Gibsons and their lawyers claimed that Oberlin administrators encouraged students to protest against the bakery, including allegations that Raimondo “orchestrated” some of the protests. However, the College and Raimondo maintain that they never made statements against the bakery and cannot be held accountable for students’ actions or statements.

“Neither Oberlin College nor Dean Meredith Raimondo defamed a local business or its owners, and they never endorsed statements made by others,” Varner wrote. “Rather, the College and Dr. Raimondo worked to ensure that students’ freedom of speech was protected and that the student demonstrations were safe and lawful, and they attempted to help the plaintiffs repair any harm caused by the student protests.”

Varner wrote that the College was “disappointed” by the jury’s decision.

“Colleges cannot be held liable for the independent actions of their students,” Varner continued. “Institutions of higher education are obligated to protect freedom of speech on their campuses and respect their students’ decision to peacefully exercise their First Amendment rights. Oberlin College acted in accordance with these obligations.”

During the punitive damages phase, the College’s financial status was examined. Lead attorney for the Gibsons, Lee Plakas, called Oberlin a “billion-dollar institution that can afford, in this case, 11 attorneys” during the trial.

However, the College’s attorneys brought up Oberlin’s worsening financial situation, which has caused significant institutional change recently. Attorney Matthew Nakon explained that the College has functioned on an unsustainable deficit for several years. Yesterday, before punitive damages were decided, Zidar explained to the jury that damages would “impact people who have nothing to do” with the Gibson’s trial, including future students in need of scholarships and aid.

The trial’s outcome has received national attention and has been covered in news articles and opinion pieces published in The New York Times, Forbes, The Wall Street Journal, and other major publications. Many have argued that the decision will impact how institutions of higher education across the country deal with issues of free speech with regards to their students.

“The claims in this case conflict with the obligations of higher education to protect freedom of speech on college campuses,” Director of Media Relations Scott Wargo recently said in an interview with the Review (“Gibson’s Lawsuit Will Go To Trial,” April 26, 2019). “The College respects the rights of all individuals to express their personal opinions and to peacefully exercise their First Amendment rights.”

After compensatory damages were announced, Oberlin’s attorneys requested a mistrial. This request was denied by Judge John Miraldi on Tuesday. The College now must decide whether or not to appeal the verdict.

In an email sent to Oberlin students this morning President Carmen Twillie Ambar assured students that the decision does not mark a permanent crisis for Oberlin’s future.

“This is not the final outcome,” President Ambar wrote. “This is, in fact, just one step along the way of what may turn out to be a lengthy and complex legal process. I want to assure you that none of this will sway us from our core values. It will not distract, deter, or materially harm our educational mission, for today’s students or for generations to come.”

This story will continue to develop in the coming weeks.