On the Record with Dizzy Fae, R&B Artist 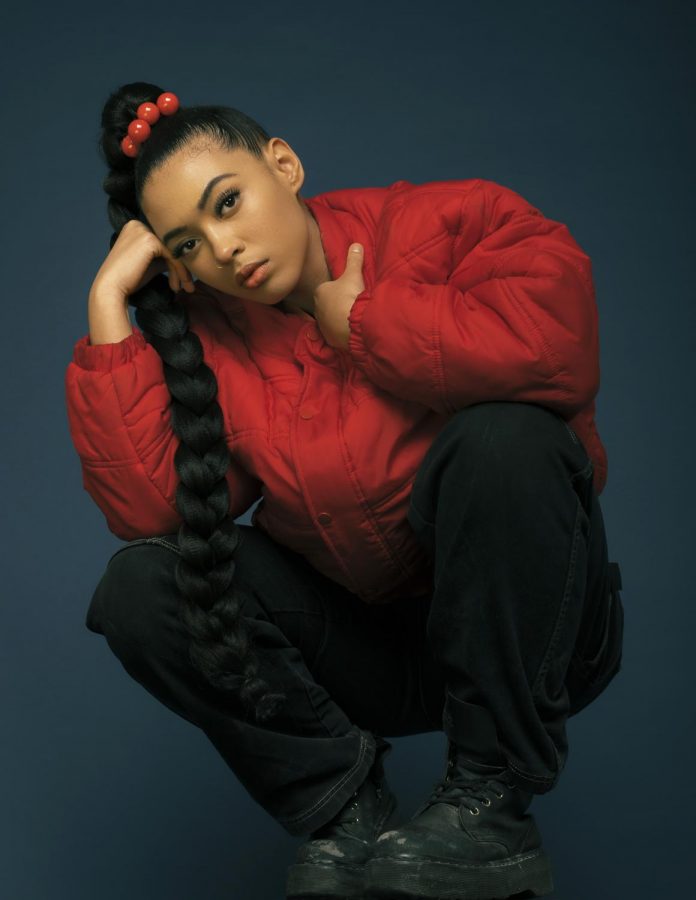 Dizzy Fae is a rising R&B artist from Minneapolis. At just 21 years old, she has shared the stage with an impressive list of musicians. Shortly after graduating from her performing arts high school in 2017, she went on tour with pop icon Lizzo. Since then, she has also performed alongside artists like Kehlani, Toro Y Moi, and Jorja Smith, and at 2019 World Pride in NY. Last Friday, students packed the Cat in the Cream to watch her perform as part of the New Student Orientation Week series.

What does “Dizzy Fae” mean, and what is the significance of the name to you?

Dizzy Gillespie was an inspiration early in my life, and I think [his name] was in my subconscious. That’s something that I kind of came to an understanding of later on in life. Honestly, it took me years to think about “Why Dizzy?” I remember laying in my bed and thinking, “Well who am I?” and Dizzy is the first thing that came to my head. Fae just came from “Fate,” but I took the “T” off because it slipped off the tongue better.

How would you describe your own sound?

That’s a good question [that] I’ve had a lot of problems answering just within myself, so I’ve really just concluded that my music is evolving, because I’ve dropped two projects. They’re both mixtapes and each song is different from the other, but [with] enough consistency to know that it’s Dizzy Fae. I like to play around with boundaries. I like to play around with ears and comfortability, so I think defining that is really complicated.

There’s a lot of music that I grew up listening to which probably has a big impact on how my melodies are, like my runs. I grew up with a lot of ’90s, ’80s pop, R&B, and rock. It’s kind of all over the place; it just pulls from so many different places. I could talk about that for hours … it’s like 21 years of talking about it — my whole life.

How do you feel like your sound has changed from Free Form to NO GMO?

I really think it’s an evolved version of myself. I got more comfortable. With Free Form, I was just starting out in the studio, just starting out experimenting with everything. I’m gonna use a metaphor: So Free Form for me is like being on a river doing my thing, and then NO GMO is getting off the river with a map, if that makes sense. I feel more navigated toward what I’m actually doing whereas Free Form is very just “do you and be you.”

How does the name NO GMO play into the concept of the album?

It comes from non-GMO. When I think of “no GMO,” I think of food for [the] soul, like eating to live, not living to eat. I truly believe my music provides nutrition for the soul. I grew up not eating the healthiest things. The dollar menu at McDoald’s was a really good thing for my family, we were really excited about that. And now, I’m just thinking about the different nutrients my body needs and making that kind of impact on my life because I know that’s what I should be doing. So NO GMO has this marinating effect of “You don’t know you need it until you have it.”

I love your video for “Her/Indica” and the way it represents queerness. Can you talk about the concept for that video and your thought process behind it?

It’s so funny because every time I think about the song “Her,” my mom thought it was about her, so I’m like “No, Mama!” And she’s not the only mom who thought that too, which is kinda funny.

“Her” is really a song that’s about, I want to say discovery, but I don’t really like to describe being queer as a discovery because I think that it’s something that you’ve always been. “Her,” initially is about me falling in love with a femme for the first time in my entire life, or really falling in love with anyone, but it just happened to be someone with a vagina.

“Indica” is like the other side of that, which is like, “Okay, you’re kind of making me crazy and I don’t want to be your experiment. Even though it might feel like we’re both experimenting, my head’s kinda crazy right now, but I know that I like you, but I know that this is not right.” I never imagined putting them together, the director actually did that, and it just worked out perfectly.

What’s next for you?

I have this show in Minnesota called “Dizzy Land.” I kind of want to make it an annual thing, but we are just starting off this year. We’re just gonna have a bunch of people come in, people are gonna dance, we’re going to see how it turns out. That’s the goal though, is to dance and to move and to feel free and safe in the space.