Canada On The Rise 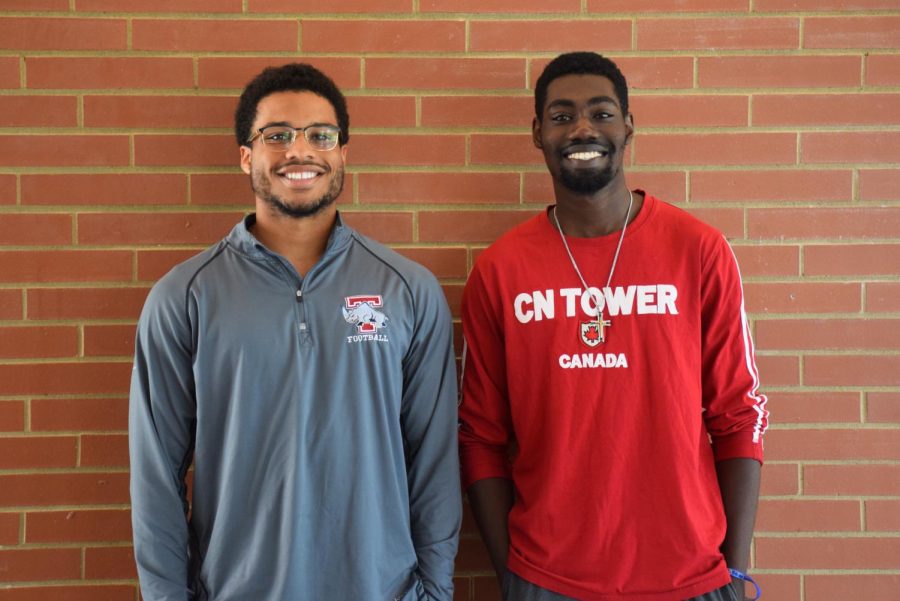 The Toronto Raptors defeated the Golden State Warriors to win the NBA championship on June 13, 2019. This was the first time in history that the number-one team in the league was not based in America. Nearly four months later, on Sept. 7, 2019, Bianca Andreescu defeated Serena Williams in the final of the 2019 U.S. Open, becoming the first Canadian to win a Grand Slam singles title. Both of these momentous occasions shocked the world, but a closer look revealed that they are evidence of a larger shift of power in sports: Canada is to be feared.

Canadian athletes have made their impact felt not only at the international level, but also locally at Oberlin. Second-year Kofi Asare has already made an impression on the Oberlin Track and Field team, placing third in the triple jump at the All-NCAC indoor meet and second in the same event at the All-NCAC outdoor meet last year. This year, he is joined by first-year Liam Akpata, who starred as a safety for the Oberlin football team in his first ever collegiate game last week, finishing with seven total tackles and a pass deflection. So why have Canadian athletics been largely ignored by the world?

“The athletic culture [in Canada is] mostly [centered around] basketball and hockey,” Akpata said.

This isn’t an unfounded perception. The majority of Canada’s athletic success has historically been in the Winter Olympics, specifically ice hockey and skiing. This specialized success not only impacts how Canadian athletics are viewed by the rest of the world, but also can feel limiting to young Canadian athletes trying to find their own way.

“As a child, I didn’t have many Canadian athletes to really look up to,” says Asare, who only named former NBA MVP Steve Nash and sprinter Andre De Grasse as role models.

Part of the lack of respect for Canadian athletics comes from a perceived weakness of the country’s athleticism. Akpata feels this ingrained sense of doubt every time he steps onto a football field.

“Being a Canadian athlete, I feel I always have a chip on my shoulder when I play [in America], since nobody expects [Canadian athletes] to be any good. They assume everything is slower and not as physical as the U.S.,” he said. While this is one explanation as to why Canadian athletics do not generate a lot of respect, Asare offers another perspective: “I think that Canada has been overlooked over the years due to its proximity to the U.S.,” he argues.

“Whenever the opportunity presents itself I always make a point to show them that just because you were born in the U.S. doesn’t mean you’re athletically better than me,” says Akpata.

The belief that Canadian athletes are somehow inferior to their American counterparts is not only being dispelled at the collegiate level thanks to athletes like Asare and Akpata, but also on global and professional levels as well.

While the Raptors’ NBA title and Andreescu’s US Open win may appear to be the breakout for Canadian athletics, they actually serve as something more impressive: A formal announcement that Canadian athletics are headed toward a new era of dominance.

As Akpata noted, the world can expect the country’s usual contribution to ice hockey and basketball.

“There will always be great Canadian hockey players. Personally, I like P.K. Subban. He’s my favorite, but there are so many other great players,” says Akpata, when discussing the wealth of talented hockey players in Canada.

Similarly to Akpata’s faith in the relationship between his country and hockey, Asare is also hopeful about the future of Canadians in the NBA, noting that “being an NBA fan… I see the connection that basketball has with the nation as well.” With young talent like Andrew Wiggins, RJ Barrett, and Jamal Murray, Asare is right to be hopeful about the presence of Canadians in the NBA.

Despite the exceptional talent of the previously named players, the projected success of the country in ice hockey a makes this next era an exciting one for Canadian athletics. Canadian athletic prowess has spread across a wide range of sports. Andreescu and De Grasse have the country poised to compete in the worlds’ of tennis and track for years to come. Joey Votto has been a force in Major League Baseball for over a decade and Valdimir Guerrero Jr. is looking to continue that legacy for at least another decade. Brooke Henderson, at 22 years old, is already one of the most successful professional golfers in Canadian history. All of these athletes are at the forefront of one of the most promising generations of Canadian athletes in recent memory.

“I believe the world’s perception [of Canadian athletics] is shifting because I see more and more Canadians are being recruited to play sports at the college level or higher,” says Akpata, noting that both he and his brother were recruited by American colleges and universities to play football. The sheer numbers of Canadian athletes playing in major sports leagues around the world coupled with the talent these players possess make one thing very clear: As Asare says, “Canada is on the rise.”