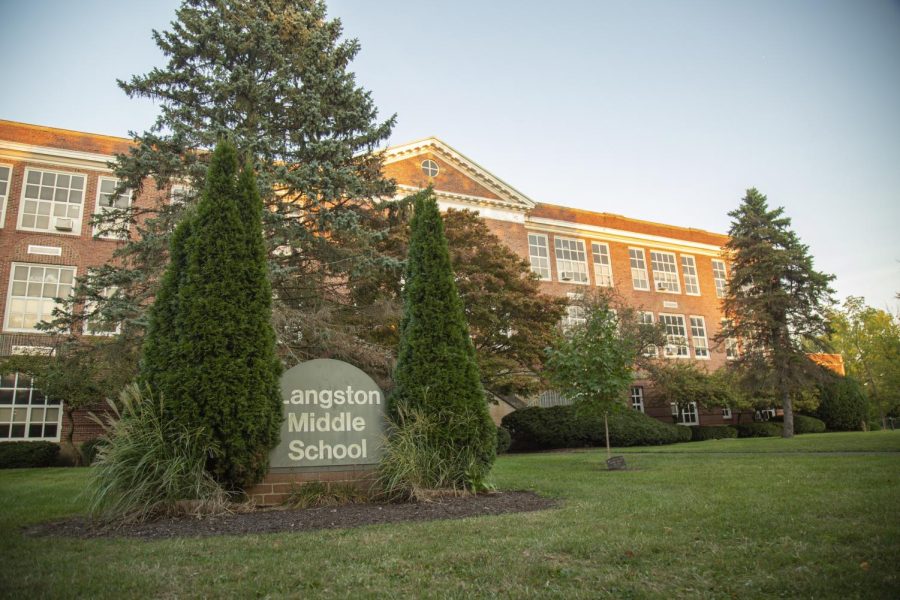 Oberlin City Schools received a D rating on its School Report Card released by the Ohio Department of Education last week. This is down from last year’s C rating.

The Ohio School Report Card measures the performances of public school districts across the state. A district’s letter grade is calculated using multiple predictors, including achievement, progress, and career preparedness.

“It’s gut-wrenching,” Baylis said. “No one wants to have their district rated ‘D.’ I’ve been at many districts, and when I say our teachers are working hard, they’re working extremely hard; they’re not just handing out coloring pages or worksheets.”

Oberlin’s public school district is made up of four schools: Eastwood Elementary, Prospect Elementary, Langston Middle, and Oberlin High. The city originally designed the schools to have a capacity of about 2,000 students, but current enrollment is less than 1,000. Last November, Oberlin voters passed a $4.8 million bond issue that greenlit a plan for OCS to consolidate the entire district into a single building.

“We’re getting a lot of people with some money [in] Lorain County moving to Avon because it’s one of the few areas where there’s a lot of new housing,” White said. “If you’ve really been here for a while, you know what’s happening.”

Oberlin is one of nine city school districts in Lorain County. The three school districts that received grades of B or higher — Amherst, Avon, and Avon Lake — are located in the three cities in Lorain County with the highest average income. By contrast, about 70 percent of Oberlin’s public school students are labeled by the Ohio Department of Education as “economically disadvantaged.”

White argues that district report cards for underperforming schools in lower-income communities like Oberlin and Elyria don’t fairly represent the members of those communities.

“You’re depending on a population that traditionally has not had the kind of access to educational experiences [or] family members who know the best ways to handle growth academically,” White said. “It really is troublesome.”

Eddie Burgos, a College first-year and Oberlin High School graduate, feels that the additional resources available to students in wealthier areas of Lorain result in better educational outcomes for those students.

“Places like Avon and Westlake do a lot better than Oberlin does — there’s a lot more white people there, more money, more opportunities, more home value, more tax money,” Burgos said. “[Oberlin College] owns a [large amount] of this town, and they don’t pay taxes on a lot of the land.”

Burgos also attributes OCS’ low rating to the challenges faced by teachers and students in adequately preparing for state tests.

Four out of the six predictors on the Ohio School Report Card are calculated using statewide standardized test scores. One of the other predictors, “Prepared for Success,” is related to national standardized tests — the SAT and ACT, as well as Advanced Placement and International Baccalaureate exams. The only predictor independent of test scores is graduation rate, for which Oberlin’s school district received a sub-rating of B.

In a press release responding to the report card results, OCS focused on its assets instead of its shortcomings. The statement mentioned industry-specific graduation paths and the College Credit Plus program, which allows high school students to take classes at Oberlin College.

“We do not have to pay for IB, and we can apply to any [college] we want, and they’ll cover the fees,” Burgos recalled while describing his experience at Oberlin High. “We had Oberlin College students come in for content tutoring.”

District administrators acknowledge the need to continually improve academic equity and success in school, though not necessarily their performance on tests.

“We want a diverse curriculum,” explained Baylis. “In IB, we teach a variety of literature; we’ll have students read A Thousand Splendid Suns and [learn about] women in Afghanistan to make those connections.”

Since 2017, Oberlin City Schools has been developing a strategic plan to keep up with state curriculum mandates.

There are currently three districts in Ohio — including nearby Lorain — that have received ratings that are so low that they are controlled by state-appointed commissions instead of elected school boards. Like Oberlin, these are high-poverty districts that are underperforming.

If Oberlin’s report card grades continue to drop, Oberlin’s district could also come under the control of a state-led academic distress commission. Legislation to minimize state takeovers of school districts was put before the Ohio Senate Wednesday and is in the process of being considered.