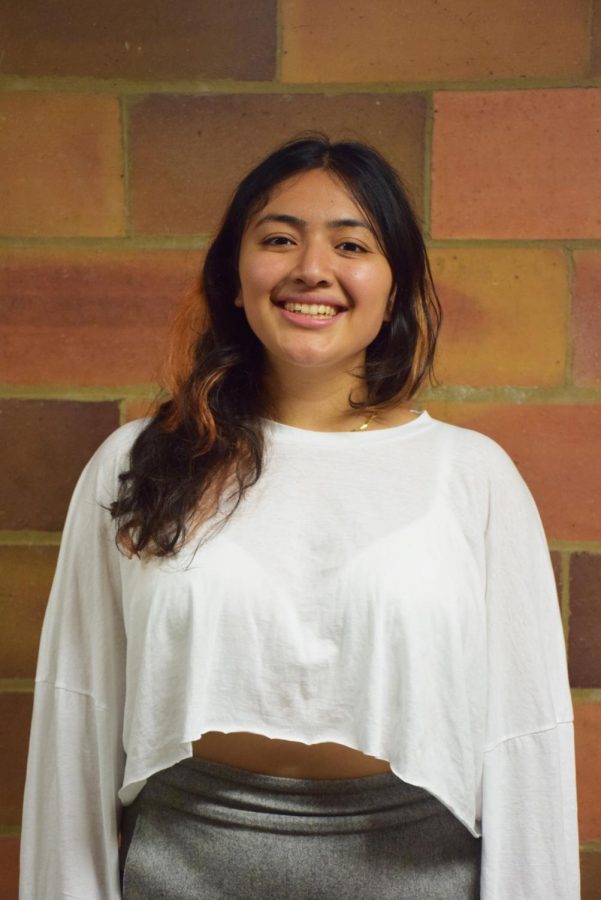 Fourth-year Cinema Studies and English major Laila Telles has her hands full. When she isn’t attending film screenings or tearing through books, she can be found playing soccer in Oberlin’s North Fields. Telles is the captain of Oberlin’s Club Soccer team, one of the few all-gender sports collectives on campus. She has been an active member since the first week of her first year, and intends on leaving a legacy of inclusion for the remaining members after she graduates.

How did you discover Oberlin’s club soccer team?

When I came [to Oberlin], I immediately knew that I wanted to play soccer. I had played through high school, and I grew up playing soccer at [the American Youth Soccer Organization] with my brothers and their friends. I discovered the team at the Club Fair my first year. So, I signed up that first day and I’ve been going basically everyday since then.

Oberlin Club Soccer team is an all-gender team. What is that like?

It means that you can play on our team no matter what gender you identify [as]. We just want it to be inclusive and welcoming to everybody. It’s a really fun atmosphere. At first, it was a lot of learning how to navigate people’s comforts, especially [now] as captain. It’s constantly adapting to people’s concerns. … Recently, at the beginning of when we were recruiting this semester, a lot of players told me that they would be really interested in having a non-cis-male practice. So, once I heard that from multiple people, I brought it up with my other captain and I asked him what he thought about it. Later, I sent out a poll to all the members to [gauge] their thoughts on having a women and femme practice. People were [supportive] of the idea, and I’m really excited about it, so now we’re actually having these practices once a week. I would’ve only known to do that because people voiced their interest and what they wanted. I think creating a comfortable space for all is just adapting to what people want.

What are the advantages of club sports? Do you commit as much time to club soccer as a varsity athlete devotes to their varsity sport?

I feel like varsity kind of seems set in stone; they [often] recruit ahead of time. I actually did want to do that at one point, but it didn’t feel as welcoming as club soccer. Club soccer also actively looks for players all throughout the year. We’re constantly recruiting. I think there’s benefits to both [varsity sports and club sports]. They both foster communal environments.

I think the benefits of club sports are [different], though, and you can play with people of all genders, so it’s a slightly more inclusive space. It allows you to get to know a diverse group of people because the stakes are lower. It’s nice because it’s not a lot of pressure. People can commit however much they want to club soccer. They don’t have to put all their time into it. They [have the flexibility] to enjoy everything else they want to on this campus. That’s the great thing. This team can be your life, or this could be something that you go to once a year. It’s nice having the option to be part of something.

The space is important beyond soccer, too. I have people that I say “hi” to all the time from club soccer and they’re all pursuing very different majors, from very different backgrounds, and I probably would not have run into some of them on this campus if I had not met them through the team. It’s a family. We eat dinner together after practice most nights.

A major theme I’m detecting is that club soccer is comprised of many people with different backgrounds and hobbies. How do you fit this mold?

I’m majoring in English and Cinema Studies. It’s a lot to juggle. [As a result,] I do a lot of reading when I’m not playing soccer. I’m also part of a group of writers that visits juvenile detention centers and teaches literature and poetry to the inmates there. But club soccer has largely shaped my experience here [at Oberlin]. It was the first place that I ever felt welcome.

Anything else you want to add?

Everyone should come out to club soccer Mondays through Fridays at 4:30 [p.m.]! We are always looking for more players.