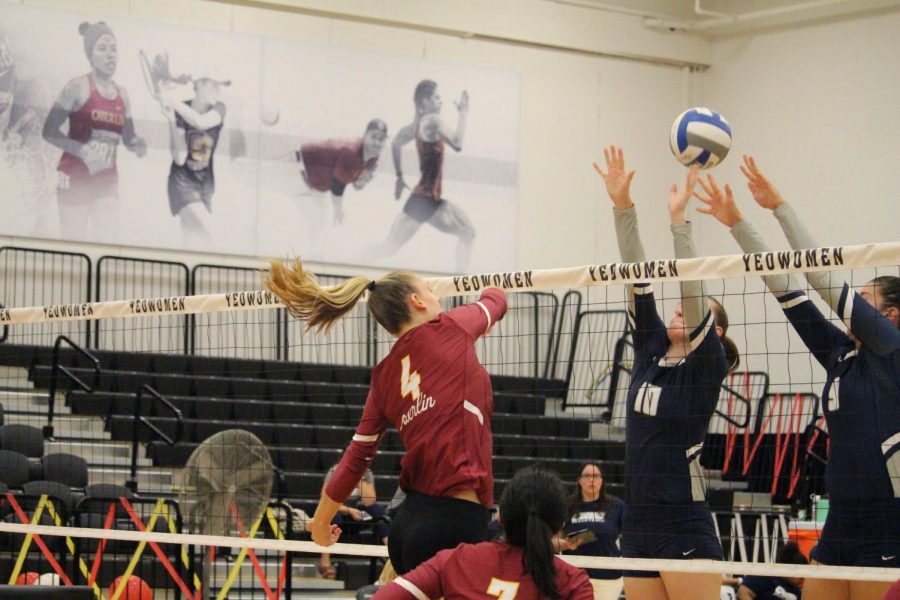 The women’s volleyball team picked up their first NCAC win of the season at Philips gym last Wednesday night. It was a collective effort with the defense and offense putting forth their best game. College second-year Natasha Radic cited team dynamics as a key factor contributing to their win against Allegheny College.

“We’re a really close team, and when all of us can connect we’re a team that’s hard to stop,” Radic said. “It felt great to feel like we were all playing to the level that I know we can, and I’m excited to see how this win will propel us into the rest of the season.”

College second-year Lauren Fitts expressed similar enthusiasm after the victory. “We’ve been working so hard in practice these past few weeks,” Fitts said. “We were able to execute all the plays and systems we’ve been working on and they worked well.”

According to College second-year Kiki Widran, the Yeowomen are hoping this win has pointed themselves in a stronger direction after a rocky start to the season.

“I feel like we’ve finally hit our stride as a team,” Widran said. “I’m excited for what’s coming next starting with [our] Homecoming [game].”

Oberlin takes the court again at Philips gym on Saturday, Oct. 5 for a Homecoming Weekend match against Ohio Wesleyan University at 1:00 p.m.