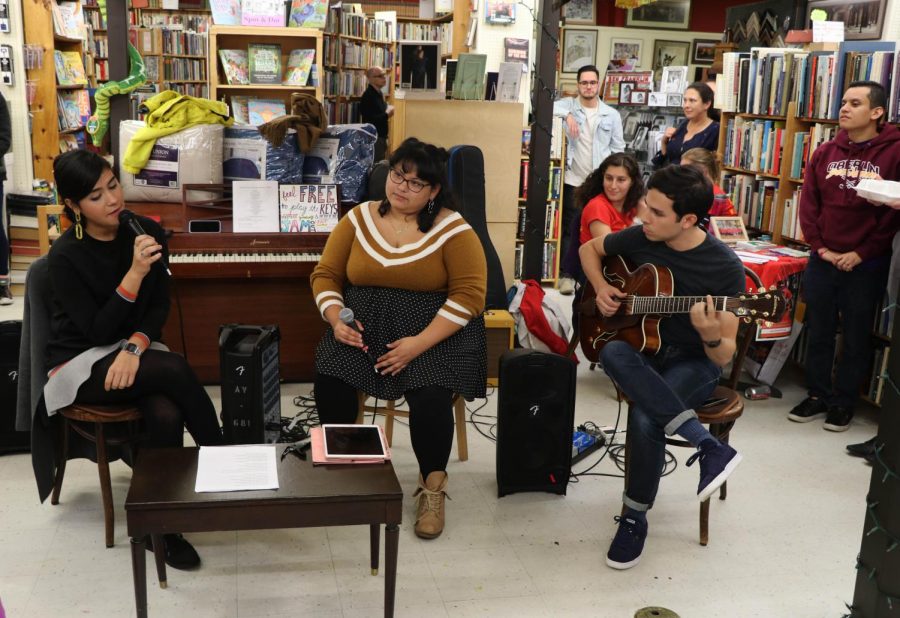 An Oberlin resident of over 13 years, Faculty in Residence at La Casa Hispánica and Lecturer Yorki J. Encalada Egúsquiza noticed a lack of Latinx representation and cultural celebration as time went by. After talking with Krista Long, the owner of Ben Franklin, last year, Encalada Egúsquiza and Long resolved to start a tradition: an annual festival celebrating Latinx culture. The second Latino Festival took place last Friday at Ben Franklin through the combined effort of the Hispanic Studies department, Ben Franklin, La Casa Hispanica, Catrina’s Tacos y Margaritas, and Lupitas Mexican Restaurant. The festival included traditional Latinx music sung by Conservatory students, food, and cultural activities including artifact tables and language games about colloquialisms from different countries. There was an impressive turnout, with attendees from both the town and campus. This year’s festival expanded on the first and also made some major strides. “One of my program assistants, who is vegan, wanted to provide more food for people with different diets,” Encalada Egúsquiza said. “We also had different countries represented this year.” Long expressed her enthusiasm about hosting such events at Ben Franklin. “I would like to see more festivals like this surrounding other cultural groups, and we are open to anybody who might want to host,” she said. “Ben Franklin is a great place for all the aspects [of] the community to me, and I always feel so privileged to be hosting something like that.” Encalada Egúsquiza is excited about the potential for the annual festival’s ongoing development. “I know there is not a large Latino population [in the City of] Oberlin, but hopefully in the College there are some, so my hope is to have the festival outdoors and to have help from more people,” he said. “We have all the good intentions — we are just hoping [the event] will grow with time."