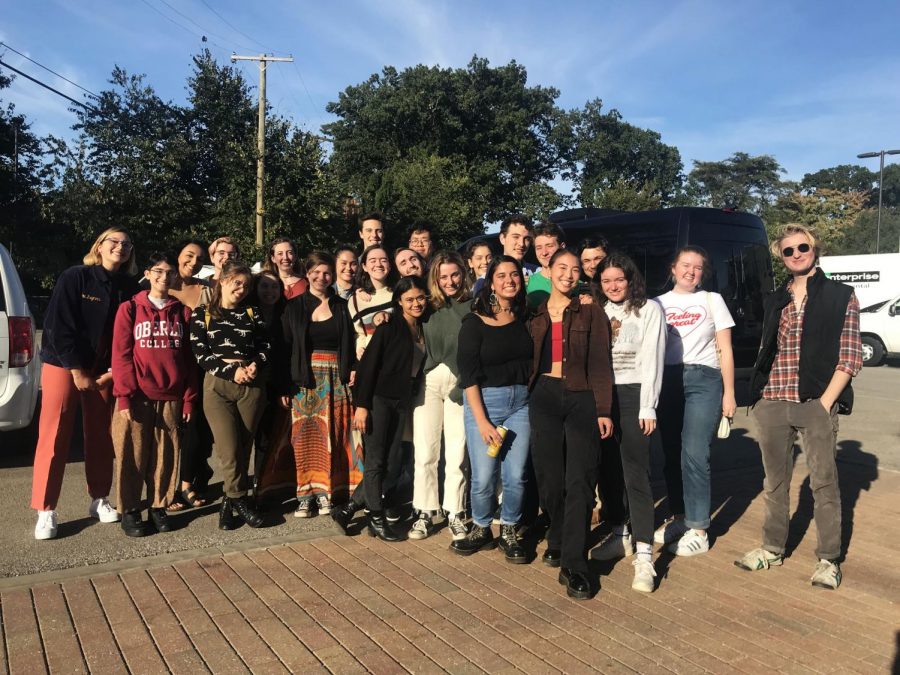 College second-years and ExCo instructors Marisa Kim and Serena Zets took their students on a field trip last week to see a live taping of The Bachelor. Kim and Zets teach BachCo, an ExCo analyzing The Bachelor and The Bachelorette franchise through political and sociological lenses.

Editor’s note: Comments submitted by Associate Dean of the College of Arts and Sciences Elizabeth Hamilton after the initial publication date have been added to the online version of this article.

The Experimental College plans to reduce the number of courses offered next semester from 74 to 50 after changes to its payroll process were made over the summer. The changes affect the way the five students that make up the ExCo committee are paid, meaning that the committee will need to work fewer hours moving forward, despite the fact that College funding for ExCo’s personnel costs increased by 50 percent since last academic year.

“ExCo [is] in a complicated position because it is a student org but also an academic department, so it’s eligible for both [College funding and SFC funding],” Zets said. “And so essentially last semester, ExCo didn’t receive any funding from SFC to go toward student compensation [or] the course materials that classes requested … the actual compensation for the ExCo committee was coming from the College’s stipend.”

When ExCo received funding from SFC, it was through a stipend, so the per-hour rates did not have to meet Ohio minimum wage. SFC often operates with a two-thirds policy, under which many student organization workers receive payment for roughly two-thirds of the total hours they worked.

TimeClock Plus, the new payroll processing platform rolled out by the College earlier this semester, pays students at an hourly rate. This complicates the payment process for all student organizations formerly paid through a stipend that were compensated for less than minimum wage. Because ExCo committee members will now have to track their hours, they will be required to either put in fewer hours or not log all hours worked.

According to Spezia-Schwiff, after relaying these concerns to their faculty advisor, Associate Dean of the College of Arts and Sciences Elizabeth Hamilton, and Assistant Dean for Business and Operations Angela Szunyogh, the collective committee stipend was raised from $2,000 to $3,000 per semester.

“This [increase] is significant at a time of overall contraction at the College,” Hamilton wrote in an email to the Review. “We are working closely with ExCo Committee members as they allocate these funds and track the program’s costs. What we learn will inform funding levels for the future.”

However, committee members point out that even the increased stipend amount accounts for only 350 hours of work, not the 520 hours worked by the Committee in the spring of 2019.

“This means that you need to reduce the amount of work that you do for compensation,” Hamilton wrote in an email to the committee on Sept. 4, which was acquired by the Review. “The budget really does not allow for more. I am not asking you to volunteer your work. You will need to make decisions about how to reduce what you do for compensation. You can set overall guidelines for the semester and have weekly meetings to project what needs to be done. I’m happy to help in that process.”

Hamilton maintains that she understands the challenges ExCo will face in making these reductions.

“Even with an overall funding increase of 50 percent, ExCo Committee members are working hard to translate the broad scope of curriculum design and professional development of student instructors into 60-minute units,” she wrote in an email to the Review. “We’re sympathetic to the challenge, knowing that the tasks of teaching are sometimes concrete and easily measurable, and other times much less so.”

Many members of the ExCo Committee worry that decreasing the amount they work will have a negative impact on their ability to ensure that ExCo is a functional department.

“We either lie about how many hours we work, or we don’t work enough to sustain the program,” Spezia-Schwiff said.

Some ExCo committee members do not feel the College fully understands the work the committee does. They note that, despite offering more courses than typical College departments, the ExCo Committee is run by only five students.

“It feels like [Hamilton] doesn’t value the labor we put into the department,” Zets said. “I mean, I don’t dislike Dean Hamilton. I appreciate what she does for ExCo. I understand that she herself is overworked and pulled in tons of different directions around Oberlin, but it just feels very dismissive and undermining.”

Still, Hamilton maintains that the College is supportive of the ExCo and its committee.

“The College of Arts and Sciences is dedicated to the vibrant educational work of ExCo, and the Dean’s Office financially supports ExCo’s personnel costs,” Hamilton wrote. “My understanding is that other expenditures are supported by SFC, but I defer to SFC to describe its funding decisions.”

Representatives for SFC did not return requests for comment.