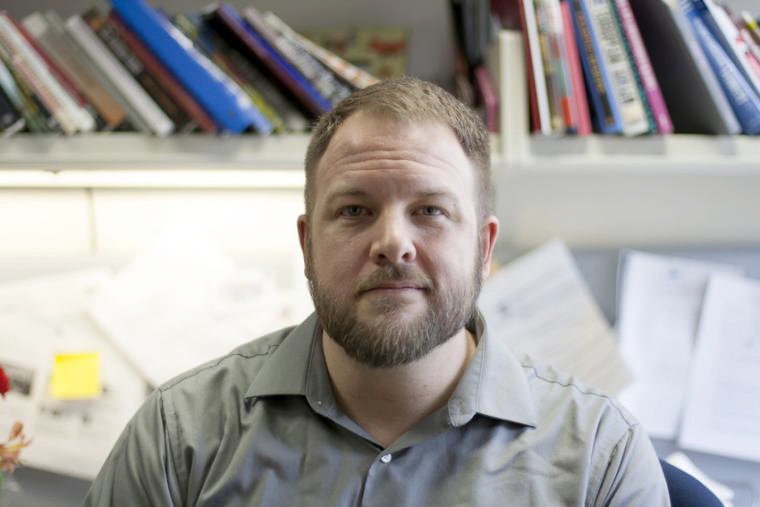 Associate Professor of Sociology Greggor Mattson teaches the Cleveland Immersion Program, a two-credit module course offered over fall break which educates students on the greater Cleveland area. Students learn about the history, challenges, and opportunities that Cleveland has to offer and visit the city for a day. Mattson is an urban sociologist who has written about gentrification and LGBTQ+ communities.

Can you tell us a little bit about the Cleveland Immersion Program?

The Cleveland Immersion Program is designed to connect students with different opportunities in Cleveland, including in the business sector, arts, and nonprofit. So it involves a one-day immersion in Cleveland with site visits. This year we visited four locations and there’s some instruction that goes along with those. It was founded by [Special Assistant to the President for Community and Government Relations Tita Reed], and her original goal was to keep Obies in greater Cleveland and keep the talent that Obies bring here in Northeast Ohio. And so she designed this program as a way to do that. Now it’s housed in the Bonner Center. It’s [Director Trecia Pottinger and Civic Engagement Intern Della Kurzer-Zlotnick] — without the two of them, this would not happen. They did all the logistical work for our site visits and our transportation. I contributed the academic component, but they did all the back office work.

Can you speak to some of the opportunities that Cleveland offers?

You can afford to live on a nonprofit salary in Northeast Ohio. I know many Obies are interested in the nonprofit [sector], but it’s very difficult to survive on that kind of salary on the coasts. And Northeast Ohio turns out to be a great place to launch your career because there’s a lot of opportunities. We have a fairly dense alumni network. In past CIPs, we have met with artists and musicians who likewise have said, “I would not be able to afford to live solely off my art if I wasn’t living in a place where a roommate and I could affordably share a house.” And they told us tales of friends with MFAs on the coast having to work day jobs and do their art only at night because that was the only way to pay the bills.

If you’re going to start a business here in Northeast Ohio, there’s a really vibrant culture for starting at businesses. And, for people in their twenties and thirties, there is a really dense network of opportunities to meet business leaders and politicians, because Cleveland wants young people to move there. Cleveland tries harder. New York City doesn’t care if you move there; Cleveland wants you.

What are some of the most exciting projects students have done for CIP?

A Physics major wrote a paper about an experiment that’s run in the salt mines that are one mile under Lake Erie, and that was something I did not know anything about. A student wrote a paper about a queer tailor shop that functions both as a business that helps gender nonbinary, trans, and queer people get clothing that’s fitted to their bodies, but also runs itself as a nightclub sometimes on the weekend to have a queer-POC space in Cleveland. Someone wrote a paper on the punk scene and the recording studios and punk music legacy that was produced in Cleveland.

I see the final paper that’s associated with the module as a way for students to connect their own interests or their majors and find something in Northeast Ohio. And it’s my job to help you make that connection — even if you never end up meeting those people or visiting that organization — to know what they do is a skill that will help you as you move through life. Because you will move to new cities and not know anybody and your ability to find the organization you want to volunteer for, to find the local alumni who might help plug you in or to find that job that allows you to sustain yourself in a way that makes you happy — that’s important.

Why do you think it’s important for students to learn about Cleveland?

Most of us at Oberlin did not grow up in Ohio, and [are subject to] coastal biases about flyover country … I think it’s important for us to be better citizens of the counties that we inhabit. It’s important for those of us who grew up [on] the coasts or maybe grew up in suburbs to understand what are the challenges of legacy cities [and] rust belt cities that haven’t experienced the same benefits from financial capitalism. I think if we want to understand the current political climate, we need to understand places like Ohio that have been swing states — [states] that are largely purple — and we need to be able to understand the people who live in the vast middle of the country if we want to shape our own political future.