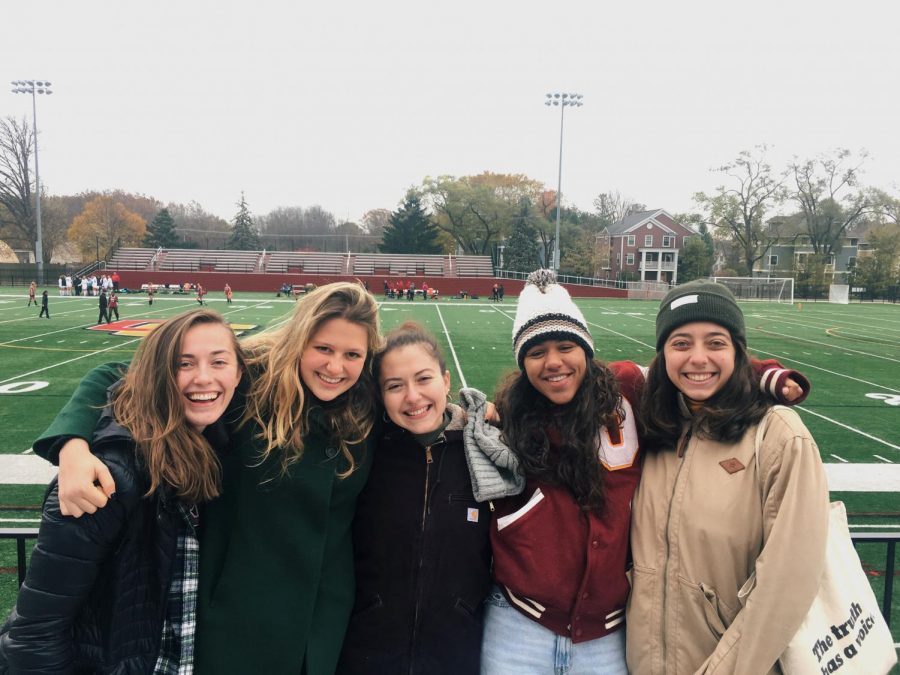 Last Saturday, field hockey alumni from the class of 2019 returned to Oberlin to catch the final game of the season and celebrate this year’s four College fourth- years Fatima Escalera, Hayley Segall, Libby Royer, and Luisa McGarvey. Their return to Oberlin served as a reflection of the team’s bond — one that exists between different generations of Oberlin varsity field hockey players, even beyond graduation. In an article published in the Review over a year ago that detailed the unique friendships developed within the field hockey team, former captain Emma Broun, OC ’19, who attended this year’s senior commemoration and is pictured above in the middle, described the importance of team bonding over winning — a value that this year’s group of fourth- years has continued to cultivate. “The general culture [of the field hockey team] is very focused on kindness, care, and love,” Broun said in 2018. “Nobody told our team that we have to love each other and spend time together off the field — we just do. Of course, we all have the common goal of playing good field hockey and winning games, but basing an entire two months of our lives on beating other teams won’t necessarily create the kind of environment we all want to live in. Instead, the common goal we are encouraged to pursue by our coaches [and each other] is being kind to others.”