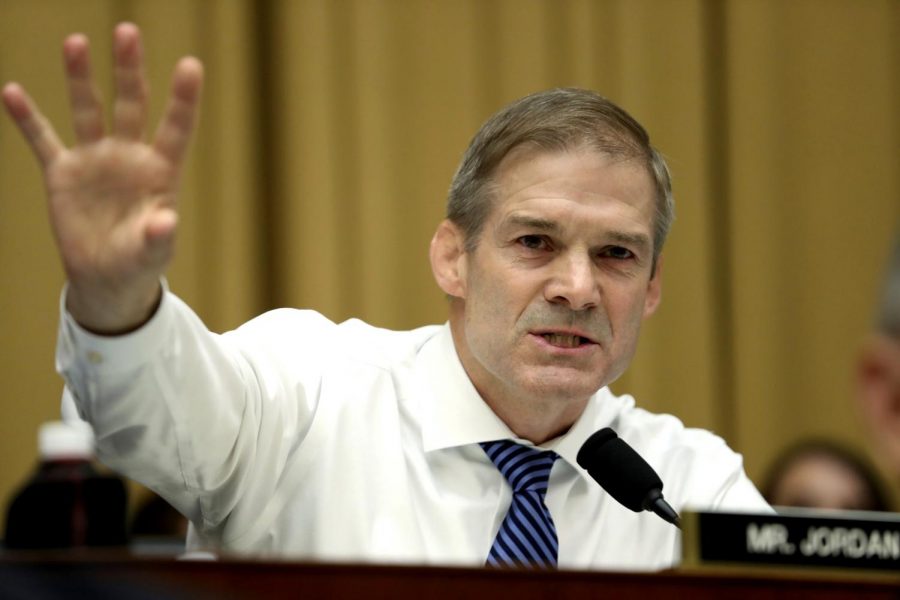 Several Democratic candidates seek to challenge Ohio Rep. Jim Jordan in the 2020 Ohio 4th Congressional District race and are gearing up for the March primary election.

Several Democrats have filed paperwork to challenge Republican Jim Jordan in the 2020 Ohio 4th District Congressional election, a seat he has held since 2007.

Democrats Shannon Freshour, Jeffrey Sites, and Mike Larsen have announced their candidacy for the position ahead of the Dec. 18 filing deadline.

Representative Jim Jordan is a founder of the far-right House Freedom Caucus. He also serves on the Committee on the Judiciary and Committee on Oversight and Government Reform. Previous attempts to unseat Jordan have been unsuccessful; Democratic candidate Janet Garrett opposed Jordan in the last three election cycles and lost by approximately a two-thirds margin.

Last spring, Garrett announced she would not run again. Instead she is focusing her efforts on recruiting and supporting other candidates running against Jordan through her PAC called The Jordan Watch.

“We’re doing a lot of behind the scenes work with The Jordan Watch,” Garrett said. “We are going to be organizing some debates around the district so that people can come and hear the candidates and judge for themselves.”

Shannon Freshour, a litigation paralegal from Marysville, OH, is also a vocal critic of Jordan, and has centered her campaign on condemning him. Her Twitter bio states “help me Defeat and Unseat GymBro jordan.” Her condemnation of Jordan propelled #GymBro to trend on Twitter last Friday.

Sites, a resident of Lima, OH, labels himself as a moderate Democrat similar to current Ohio Senator Sherrod Brown. Although previous congressional races prove that defeating Jordan will be difficult, Sites believes that he is the kind of Democrat that could win.

“There’s no guarantee that any Democrat can crack the gerrymandered, Ohio congressional districts. It is an uphill task, to say the least,” Sites said. “But with the current environment, I think the time has come to reach out to independents, college students, and the rural environment to say we’ve had enough of everything that’s going on in D.C.”

Larsen, who announced his candidacy on Oct. 24, previously worked for Garrett as a communications director. He was inspired to run for office after experiencing continued frustration over gerrymandering and a lack of progressive political action in the district.

“Ohio is basically a 50-50 state,” Larsen said. “Yet there are 12 Republican Congress people and four Democrats.”

Larsen is vehemently opposed to Jordan’s approach to political issues, and has hinged his campaign on his commitment to undoing Jordan’s legacy.

“If [Jordan] was going to Congress to fight even for very right wing things, fighting for whatever, overturning Roe v. Wade, whatever that thing is, at least I would have some respect that he was representing his voters,” Larsen said. “But he doesn’t, he’s only there to be on Fox News and to fight these partisan fights. I just have no respect for that.”

Oberlin College students who have previously participated in local politics and worked on Garrett’s campaign likewise disagree with Jordan’s politics.

“My main priority with other students is that they feel engaged and they feel heard,” said College fourth-year and Oberlin College Democrats member Monica Dix. “I think that we could have a conservative Congressperson who we feel is receptive to us and [would] take our calls and listen to us. But I just don’t think that Jim is it. … He’s just one of the most extreme members of the Republican party in the House right now, and has consistently led initiatives that I think are antithetical to what a lot of Oberlin students believe in.”

Larsen suggested that nontraditional candidates — such as Maplewood, OH farmer Christopher Gibbs — might soon throw their hats in the ring. Gibbs voted for President Donald Trump in 2016, but has since criticized the president’s ongoing trade war policy with China.

“This election is very different for this seat than it has been in the past,” Larsen said. “Democrats routinely get near 40 percent, either a little below or a little above 40 percent in every election. And of course that’s not enough to win the two person race. But this year, there’s this very prominent Republican farmer who has been going around and saying that he is going to run as an independent … If that materializes, it’s a whole new ballgame. Suddenly 40 percent is a really good number in a three person race.”

Although Democrats are sharpening their strategy for winning the upcoming primary against Jordan, Garrett argues that candidates must uphold a strong commitment to their values and run a issue-focused campaign rather than an ad hominem one.

“You need to examine why are you running and what is it you want to accomplish,” Garrett said. “And a lot of times if you have really good reasons for the position that you have, people will forgive you even if they don’t agree with you, if you have a good solid foundation in your values.”

The Ohio Primary will take place on March 17, 2020 ahead of the House race on Nov. 3. The Review reached out to Shannon Freshour’s campaign for comment but did not receive a response.