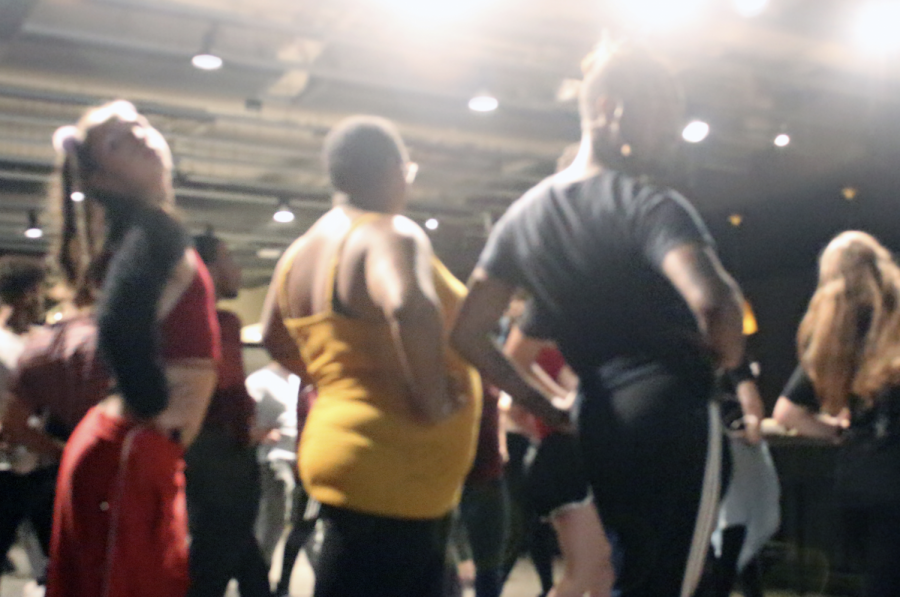 Yesterday evening, Twiggy Pucci Garçon brought their style and confidence to campus, teaching students about ballroom history and technique. Garçon is a performer, activist, and senior program director at True Colors United, an organization that works to provide support for LGBTQ+ homeless youth. Garçon also choreographed for the second season of Pose, a lauded show with the largest cast of transgender actors in TV history, so they had lots of wisdom to share during Thursday’s sold-out class.

“I always start every workshop with a ballroom culture and history lesson,” Garçon said. “What is the story? What’s the history? What’s the significance? … Then I teach about all the categories and, like, how a ball actually would happen. Then we get into the technique part of the category that I teach, which is runway.”

College fourth-year Brian “B” Smith shared his excitement about attending the master class.

“I think ultimately what it is is that people are being taught to unlock a sexy part of themselves – that confident part of themselves,” Smith said. “And to do that in a safe space where no one’s judging you, it’s all about encouragement. It’s all about uplifting you. That’s the beautiful thing about it. That’s what ball culture has always been about.”

In addition to teaching yesterday’s Master Ballroom and Runway Class, Garçon held a screening and talkback for their film Kiki. The film, which they co-wrote, tells the story of young queer people of color who have found a creative outlet through ball culture. Wednesday’s event was part of Kuumba Week Film Festival, the first of an annual series celebrating Black creativity.