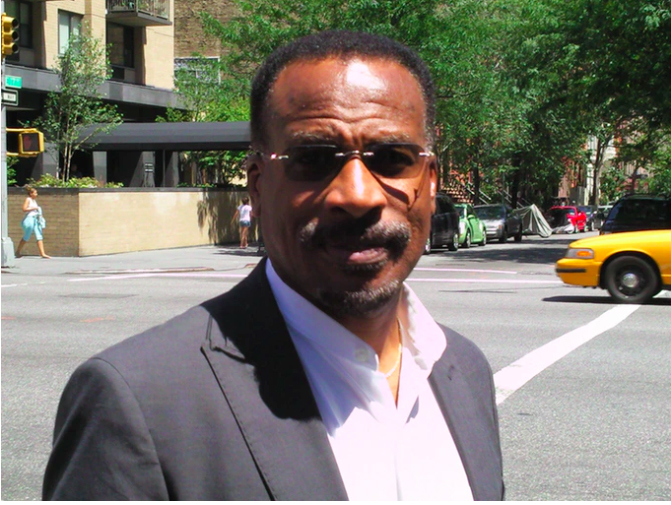 Frank Dawson is the current dean of the Center for Media and Design at Santa Monica College. He’s had a long career in entertainment, working as an associate programming executive at CBS and a production executive at Universal’s Television Division. Dawson earned his Bachelor’s in Sociology from Cornell University and his Master of Science degree in Television and Radio from Syracuse University’s Newhouse School. During his time at Cornell, Dawson and other student activists made national news when they occupied a school building to protest the mistreatment of Black students on campus. He co-directed the film Agents of Change, which documents protests at both Cornell and San Francisco State University. Last Thursday, Dawson visited Oberlin for a screening of Agents of Change, followed by a Q&A, as part of the Kuumba Week Film Series, which celebrates Black creativity.

Could you talk a little bit about your film, Agents of Change?

Agents of Change is a film that documents how Black Studies programs were launched, and what it took to get them launched, who some of the major players were, and the chronology of events at two schools — San Francisco State in 1968 and and Cornell in 1969 — as examples of what was happening all across the country on college campuses.

Why did you choose to focus on San Francisco State and Cornell?

[Filmmaker] Abby Ginzberg and I both attended Cornell, although we did not know one another at the time. Abby was a second-year and it was my first year, and we both were involved in a major incident that’s depicted at Cornell. I was one of the Black students inside the building that we occupied as part of a demonstration for a Black Studies program after one of other incidents happened. Abby was a member of the Students for a Democratic Society, an organization that was supportive of what we were doing and formed a ring around the building for our support. A friend of mine knew Abby, and I wanted to tell the story. So he put the two of us together, and we decided to do the project together. It took us seven years to complete it.

I know you’ve screened this film at universities across the country. How have students reacted to the film?

We’ve been touring with the film for three years now, and it still resonates because of the time we’re in now. One of the characters in the film is Ramona Tesco, and something she had said that didn’t make it into the film is, “We were written out of history.” People don’t know this story. Students today assume that Black and Ethnic Studies and Women’s Studies were always departments. They … never question how the departments came about and what it took to make them come about.

I was at Broward Community College screening the film in Fort Lauderdale, FL. And in the Q&A afterwards, there was a young Black student in the front row who had tears in her eyes. I called on her, and she said, “I’m so ashamed of myself, because I’m an African American Studies major here at my college and I’m a lower-B student. I had no idea what it took for me to occupy this seat and to take this class. … But now, knowing what it took, I’ve got a commitment to it. Now I’m going to be a much better student, dedicated to really learning and sharing that as well.” So I’ll never forget that.

You know, it was incumbent upon us to do something because of what our parents went through to make it possible for us. If not for our parents, then we wouldn’t be able to go to Cornell or any other university. … What my parents’ generation went through is much more difficult than what we experienced. And I think young people today need to understand that as well.

What are some messages you want viewers to take from the film?

I think there’s a good balance in the film in terms of viewers understanding that no one group could have accomplished anything alone. If not for the white students that were in support of the Black students at Cornell, the outcome would not have been the same. It just wouldn’t. At San Francisco State, not only were white students and Latino students protesting, but also Asian students. And at Cornell, it was the Black and Puerto Rican students. If those groups hadn’t come together and supported one another, the outcome that was desired would not have been achieved.

What experiences did you have that led to your current career in the entertainment industry?

I was born in Harlem, NY, and when I was two years old, my parents and myself and my sister moved to a public housing project on the Lower East Side of New York City. … I was not a good student. I hated school, but my mother got me into a music class, and that kept me in an academic track. So that was the first thing.

The next thing was my best friend was the only Black student at this boarding school in Westchester County, outside of New York City. He and I we weren’t able to make the local junior high school basketball team or anything like that because it’s really, really competitive. … His parents took me up there for the first Parents’ Weekend, the first year my friend was there. He already started on a basketball team, and I was like, “Wow, I could come up here.” And that was my interest. So I told my mother, she was like, “You want to go to school? Great.” My mom took me over to the church to take the entrance exam.

I became the second Black student accepted to this boarding school. The school changed me academically. I almost flunked out my first semester — the same bad habits that I had before. But a counselor put me up against the wall and said, “Do you know the opportunity you’re blowing here?” And I said, “Yeah, whatever.” And he said, “Do you know what these other boys think of you?” He said, “They think you’re just here because you’re an athlete.” … And it was one of those ‘aha’ moments. To me, it’s just like, “Wow, I’m being judged.” Other people who look like me are being judged by my own performance here. I had never considered that. The light bulb went off, and I had the ability and I really began to study and try. Long story short, my senior year, I graduated third in my class, and I got into an Ivy League college.

Can you tell me a bit about your experience at Cornell?

I got to Cornell and was involved in the occupation incident. … We got on the radio and in a coup d’etat, you say who you are as an organization and what your demands are. I was very impressed that those students had their own voice. After about 20 minutes or so, the signal went dead because they switched to a remote transmitter and the leadership no longer had the ability to speak firsthand. They had to relay information to somebody else and didn’t have control. It was really kind of interesting.

My mother always believed what I told her, but my mother believed someone she didn’t know over her own son because she heard it on the news. I was like, “Wow. That is powerful.”… The next semester, I was able to get my own radio show, and I found my passion.

Other than Agents of Change, what projects have you worked on?

Because of that experience protesting at Cornell — as far as advocacy and seeing something that I believe needed to be changed and committing myself to that — that’s always been a part of my career.

At CBS, I founded the West Coast chapter of the CBS Black Employees Association. There was a gap there where the black employees were complaining about being in lower-level positions [even though they had] a higher level of education than their [bosses].

When I got to Universal, I was able to get them to set aside a fund of money so that I could start a workshop to train more writers of color to come into television. Bill Cosby then started a program at [the] University of Southern California to do a similar thing. While I was working at CBS, I was recruited to teach in this program at USC to bring more African American writers into television.

I did that for six years as a visiting lecturer, and that’s how I transitioned into education. … I’ve been in education for more than 20 years.

What did you teach at Santa Monica College?

I taught media. I taught what I had lived as an occupation. The class that I loved most was Media Literacy, training students how to deconstruct information, to access multiple sources of information, and to find out what the truth really is, which is so important.

Media literacy is in the curriculum of so many countries across the globe, but it’s not necessarily embedded in American education. I think media literacy would really help in terms of the partisanship that’s happening right now in our nation. … People listen to the other side, but they don’t really hear it because they’re so embedded in their own beliefs. I think if we had more of a focus on information and media literacy in our country as part of education, that we’d be much better off … in terms of being a united nation.