Ruminations on Kobe Bryant and What He Left Us 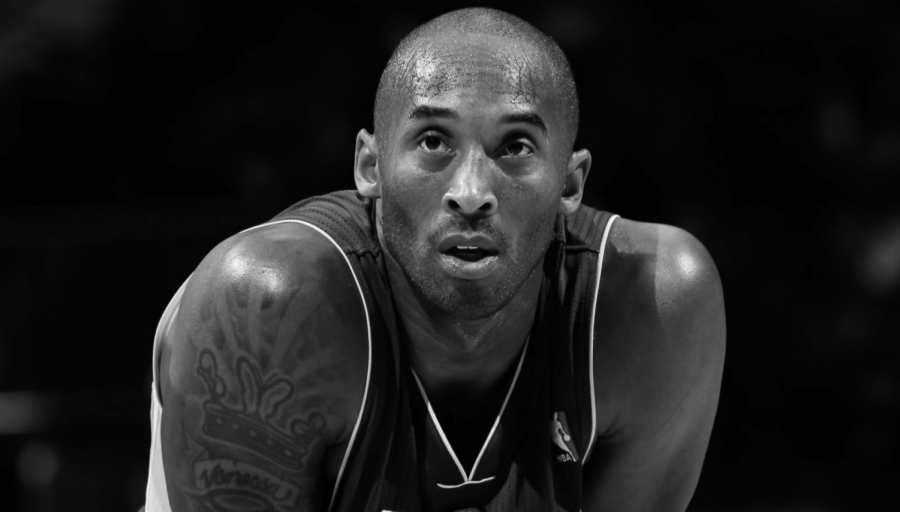 Every now and then, an event occurs that makes the world stand still. These “where were you when” moments can define a year, a decade, and, at times, a generation. The death of basketball player Kobe Bryant, who passed away with eight others, including his daughter Gianna, in a tragic helicopter accident on Jan. 26, 2020, was one of these moments.

For millions across the planet, Kobe was their first exposure to greatness. He was untouchable on the court and, as a result of his immense talent, charming personality, and fiery competitiveness, he became a role model for many. He still has a fanbase that will argue that he could do no wrong and he was above us all, but we know this wasn’t true. He was human, just like all of us — and he had his flaws, just like all of us.

In 2003, Kobe Bryant was accused of sexual assault, forcing many to decide what this meant for them and their idolization of Bryant. In the wake of his death, many are grappling with the question all over again.

I want to take a moment to say something that I think needs to be said.

In most discussions, particularly those surrounding complicated and difficult topics, it is important to recognize and acknowledge your own positionality. My position, as it relates to understanding Kobe Bryant’s legacy, is this: I am a Black man who, until recently, was a college athlete. I spent countless nights as a kid shooting a basketball at my hoop at home, pretending, dreaming, that I could one day be like Kobe Bryant. And, for the past year at Oberlin, I have educated my peers about sexual harm prevention as a Preventing and Responding to Sexual Misconduct workshop leader.

I don’t say all of this to present myself as an authority on the conversation surrounding Bryant’s complicated legacy. I’m just as conflicted as anyone else. I merely want to establish my position.

When news of Bryant’s death broke, people immediately rushed to pay their respects. Mourners flocked to the crash site in Calabasas, CA or to Lower Merion High School in Ardmore, PA — where Bryant starred in the early to mid ’90s — to honor their fallen hero. Some revisited their favorite moments from Bryant’s career. Others, like LeBron James, whose media-fueled rivalry with Bryant eventually blossomed into a full-blown friendship, stayed silent for a few days, processing the news out of the public eye. All of these responses to what was, and will always be, a tragic, earth-shattering event were acceptable. People should be allowed to grieve in whatever way they see fit.

Still, as the day passed and details about the crash were released, the public narrative shifted. While many were still paying tribute to Bryant and the others lost in the accident, others started to rehash the 2003 accusation and what it means for his legacy. These people were met with expressions of overwhelming hatred from mourners, who argued for the space to grieve. Others reminded the world that the charges against Bryant were dropped. Some reignited the old argument that the woman who accused Bryant had made the whole thing up. Others argued that several comments about Bryant’s accusation were influenced by racial bias, claiming that they did nothing but hurt those who were mourning. With a large number of Black men suffering as a result of the news, it was considered problematic because the treatment of Bryant and those paying their respects to him would not be the same for people of other races or genders.

People are entitled to the belief that revisiting the allegations against Bryant so soon after his death was in poor taste. It’s a belief that I, personally, agree with.

However, that belief does not excuse dismissing a survivor’s voice. It doesn’t justify wishing harm on those who want to have a critical conversation about the complicated legacy Bryant left behind. While many people who were positively impacted by his career may want to remember him as perfect, this view isn’t universal. For survivors of sexual assault, and for those who sympathize with their struggles, the Bryants’ death, and the outpouring of admiration for Kobe, could be viewed as another example of overwhelming support for a man who assaulted a woman, without receiving meaningful repercussions, from a society that already turns a blind eye to such violence. It is important to acknowledge that this is an emotional time for all parties.

Kobe Bryant’s death was felt on such a seismic level because of his involvement, either through his words or his actions, in several modern issues, like sexual assault. However, Bryant was also a Black man and his success was, and most likely will continue to be, an example for many Black men to aspire to be in their own lives.

The issue of race in relation to the conversation surrounding Bryant’s legacy is complicated. One popular opinion is that bringing up the accusation was a way to not only attack Bryant, but also to devalue the feelings and emotions of those mourning him, which was understood primarily to be Black men. As a result, comments about Bryant’s accusation in the direct aftermath of his death played into a dangerous cultural habit of silencing the emotions and voices of Black men when they are dealing with negative thoughts and feelings. I’m sure some people, consciously or unconsciously, had these intentions, and they were wrong for that, but I’m also sure many did not share this malicious approach. Again, however, it has to be understood that our suffering as Black men isn’t an excuse to turn our backs on the emotions or experiences of survivors, who are also suffering. I recognize balancing the varied opinions of Bryant’s legacy and the equally varied reactions to his death is a fine line to walk, but it is one that will forever exist when analyzing Bryant’s legacy.

In 2004, Bryant released a public statement in response to the accusations against him. While the language is fairly standard, one section stood out to me as commonplace now, yet somewhat radical for 2004.

“Although I truly believe this encounter between us was consensual, I recognize now that she did not and does not view this incident the same way I did,” Bryant wrote, in the statement. “After months of reviewing discovery, listening to her attorney, and even her testimony in person, I now understand how she feels that she did not consent to this encounter.”

This section of the statement is crucial, not just for Bryant on a personal level, but for society as a whole to understand. It’s not for you to decide whether you harmed somebody — It is up to them. People are entitled to feel however they want, whether you agree or not.

Clearly, this applies to cases of sexual assault and sexual misconduct, but it also applies to cases of grief. Emotions stemming from both of these experiences were felt by millions upon news of Bryant’s death. While it is natural to want to defend your position, that can be done without ignoring or devaluing someone else’s. Yes, you are allowed to mourn the news of Bryant’s death despite his accusation. You’re also allowed to not be overcome with sadness for a man who you view as problematic. Both are acceptable. Even in moments of despair, there is still room for compassion. And even in moments of tension, there is still room for growth.

There is not now, nor will there ever be, one correct way to interact with Kobe Bryant’s legacy. It would be foolish to assume that any argument is going to completely win over everyone. Despite my idolization of Kobe, despite my desire to be able to commit to something the way he committed to basketball and to his daughters, part of me will always wonder if my idolization is misplaced.

I’m not settled on a side. I don’t know how we should look at him. I don’t know what kind of tributes are fitting. I know he meant a lot to me and millions of people like me, and I know that counts for something. I know that he caused harm to someone that may never go away, and that counts for something too. In times like this, it is common to want the world to be simple, for there to be a right and a wrong —but that’s not the way the world works. It’s complicated, it’s intricate, it’s messy, and so is the legacy of Kobe Bryant. He was a great basketball player, and he was accused of sexual assault. Nothing we say or do now will change the past. All we can do now is learn from both his successes and his failures and grow together, not apart.