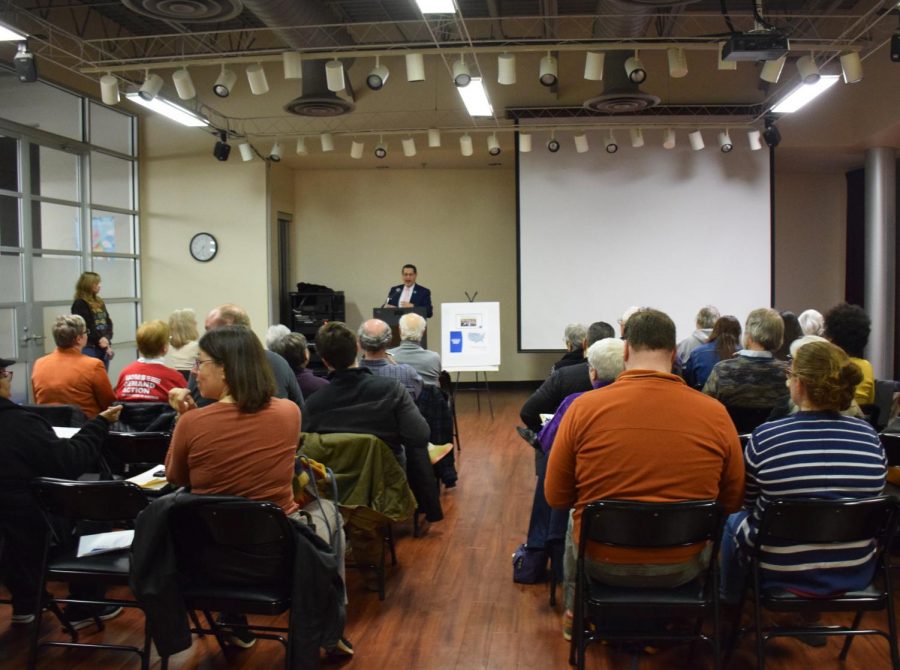 With the U.S. Census approaching this spring, local activists and government officials are working to ensure that all residents of Lorain County are counted. The census is a once-a-decade process by which the federal government counts the population and gathers demographic data on all residents of the U.S.

“We only have a shot every 10 years,” said County Commissioner Sharon Sweda, who is part of the Complete Count Committee for Lorain County, a group of nonprofit organizations, school districts, community leaders, hospitals, municipalities, and elected officials who are committed to getting an accurate count in their area. “But [the census] will determine the congressional representation that we have, based upon our population, as well as billions in federal funding — how it’s going to be allocated over the entire next decade. We can’t get a do-over. We have to do it right.”

To educate residents on the importance of the census, local activist group Lorain County Rising, the League of Women Voters, and other organizations brought Richard Romero, partnership specialist for the U.S. Census Bureau, to the Oberlin Public Library last Monday. Romero used his talk as a platform to illustrate how many programs are funded as a result of census data.

Leading think tanks, such as the Brookings Institution, analyzed population data from the U.S. Census Bureau and found that Ohio could lose a congressional seat if 2020 census participation is poor.

Rhys Price Jones, the president of the League of Women Voters Oberlin Area, said the organization is committed to promoting a comprehensive count this census.

“We’re certainly not going to say that Ohio should have one more congressperson than they’re entitled to,” Price Jones said. “What we don’t want to happen is that — because of a failure to properly count the population — [we lose a seat]. That would be a tragedy. If through carelessness, oversight, prejudice, whatever reason — if an inaccurate count lets us down, that would be awful.”

While the goal of the census is to create an accurate and complete count of the entire population, some demographics are less likely to fill out a census questionnaire than others.

“In regards to some people not trusting some of the government departments, and the whole thing about the language difficulty, and the whole fiasco in the past with questions about citizenship [even though that’s] no longer an issue,” Victor Leandre, director of El Centro Volunteer Intiative, said “That brought a lot of negativity towards the census.”

U.S. residents will get a census postcard in mid-March asking them to fill out their census online, on paper, or over the phone. After April 1, census workers will also begin visiting college campuses, senior centers, and other similarly structured high-density communities, according to the U.S. Census Bureau. Oberlin College students, as they reside most of the year in Ohio, would report themselves on the census as residents of Ohio.

From May to July, census workers will visit residences that haven’t responded to the 2020 census. In December of 2020, the Bureau will deliver their count to the president and Congress. By March 31, 2021, the Bureau will send redistricting counts to states, which use this information to redraw legislative districts.

“I hope that people will take it as seriously as they can,” said Lili Sandler, founder of Lorain County Rising. “It’s essential on so many different levels. In some ways, I think it feels really like it’s from a bygone era. You know, the idea of somebody going door to door and quite literally counting every single person in America, it feels like, ‘Wow, do we still do that?’ And yes, we do. We really do. And we really need to. It’s one of those things that, while it feels old-fashioned, it’s just as important now as it was in 1820.”