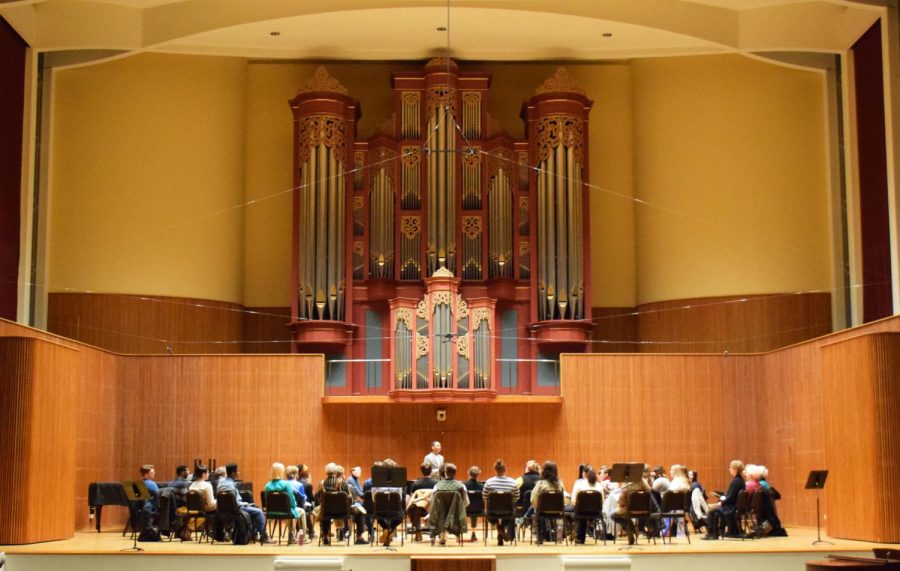 The fourth annual Moses Hogan Sing-Along was an evening of beautiful music that brought the College and Conservatory as well as Oberlin community members together. This event — which honors Hogan’s legacy as a composer, pianist, arranger of choral music, and conductor — is one of the College’s many celebrations during Black History Month.

Hogan graduated from the Conservatory in 1979 and later founded and conducted the Moses Hogan Chorale in 1993. The Chorale performed Hogan’s arrangements of African-American spirituals all over the world and reanimated the genre.

College fourth-year DaQuan Williams has organized the sing-along since his first year. For Williams, the sing-along has two purposes: To bring the community together with Hogan’s arrangements, and to create an opportunity for up-and-coming conductors to direct Hogan’s music.

This year marks the nal time that Williams will organize the sing-along.

“This program has meant a lot to me and has grown since my first year,” Williams said. “It’s especially important for the Conservatory because we don’t have a lot of programs that acknowledge and celebrate the history of Black musicians and composers at Oberlin.”

After the event, Ondande stated that his goal, when conducting “Wade in the Water,” was to “add light to someone’s day.” Indeed, given the enthusiastic communal singing that added warmth to the snowy evening, Ondande certainly brought joy to everyone who participated.