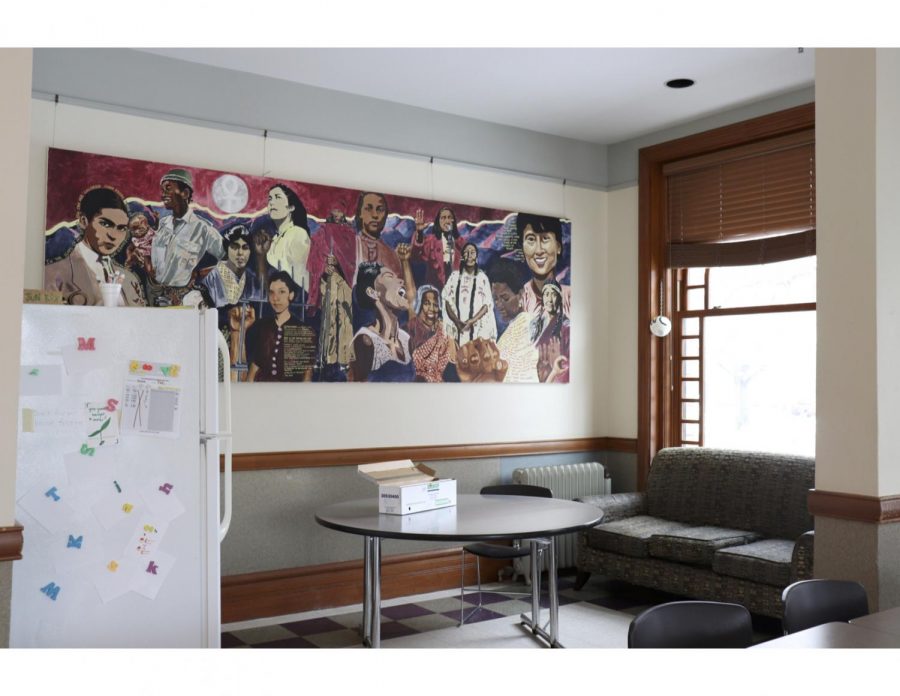 A proposed survey designed to assess the co-curricular value of the Oberlin Student Cooperative Association and other campus residential experiences was not sent out to students and alumni last July, as originally planned in collaboration with several campus offices. Instead, the College and OSCA will draw on existing institutional data to define their contractual relationship later this spring.

Posters declaring “Save Our Beans!” put up this semester have ignited recent campus dialogue about the survey. Specifically, conversations have focused on whether more tangible data about OSCA’s value needs to be collected in order for contract negotiations to proceed.

College third-year and OSCA Membership Secretary Bhairavi Mehra and Paul Sears Distinguished Professor of Environmental Studies and Biology John Petersen developed the survey after the Academic and Administrative Program Review committee released the final One Oberlin report last May. Mehra and Petersen developed the survey as a faculty-student research project independent from OSCA and the College, and received approval from the College’s Institutional Review Board, which oversees academic research concerning human subjects.

The One Oberlin report stated that OSCA would have a negative $1.9 million impact on the College’s operating budget in fiscal year 2020 if the current contract remains in place, and called upon OSCA and the College to “engage in assessment of the learning outcomes from different residential experiences and to identify a strategic pathway to the strongest possible residential education curriculum.”

In a letter submitted to the Review last spring, Petersen argued for a comprehensive assessment process like the one suggested in the report (“OSCA: The Problem and the Opportunity,” May, 10 2019). Mehra also viewed the survey as a source of valuable and balanced institutional data for both negotiating parties. Like Petersen, her hope was to directly address the One Oberlin report’s call for information.

“Our survey basically evaluated and tried to quantify the educational and professional values of different residential experiences at Oberlin,” said Mehra, who received a fellowship through alumni group EnviroAlums to develop the survey. “So, it wasn’t an OSCA survey; it was a comparative survey. And almost every metric that was being evaluated was for OSCA and the College.”

According to Vice President for Finance and Administration Rebecca Vasquez-Skillings, the administration held concerns over the survey’s framing.

“Administrators who reviewed the survey were concerned that it focused on issues about which there was already consensus — the strong educational value of OSCA — and that its particular design did not reflect best practices for producing strong comparative data,” she wrote.

Petersen and Mehra consulted staff in the Office of Alumni Relations and the Office of Institutional Research to determine the survey’s objective; solicited feedback from administrators and members of the Alumni Leadership Council to revise the survey and make it inclusive of all residential experiences, not just OSCA; and received IRB approval. The final version of the survey was set to go live on July 31, but it was never sent out.

“Every conversation Bhairavi and I had with the folks in the alumni office, with [former Assistant Vice President of Alumni and Annual Giving] Danielle Young and her staff, had been extraordinarily positive and constructive — they were excited about engaging alumni in considering the value of their non-academic experiences at Oberlin,” Petersen said. “We never would have developed a survey without their support at the outset. It was very clearly communicated to us that they were completely on board with sending out the survey. … It was a complete and total shock when, on the agreed date, it did not move forward.”

Mehra was disappointed with the administration’s decision to cancel the survey’s planned release to students and alumni.

“It was an independent research project and it was disheartening for me to have that shut down and not receive support,” she said.

Members of the administration felt that potential insights from the survey were not essential for proceeding with the contract negotiation process.

“[We] take it as a given that OSCA has incredibly important learning outcomes, offers unique experiences, contributes to career preparation, builds community, [and] promotes problem-solving and communication skills,” Vice President and Dean of Students Meredith Raimondo said. “All of the incredibly great stuff OSCA does, we recognize. To focus on documenting those undisputed outcomes at this time is not a high priority because it’s not a question we’re trying to answer.”

Vasquez-Skillings added that the College already has access to some data about OSCA’s value.

“The College also has extensive qualitative data in the form of testimonials from alumni about the powerful lifelong value of their OSCA experience,” she wrote.

Additionally, Raimondo felt that the survey could have potentially disrupted Oberlin’s regular communication strategy with alumni.

“The College has a communications plan for engaging alumni that’s carefully structured, that’s thinking about how many communications come by what venue, over what time frames,” Raimondo said. “And if [a survey] comes from an official College source, it becomes part of that structure and can disrupt a carefully crafted communication strategy that is intended to help alumni feel as engaged as possible.”

However, Petersen feels that there are underlying reasons why the administration decided to halt the survey.

“I think that there was probably a desire not to know more about the value alumni experienced from OSCA,” Petersen said. “There was likely concern that a survey would, at some level, further apprise and engage alumni in considering the situation with OSCA. I think there’s certainly some legitimacy to that concern. If you ask people about the value of their experience with OSCA in the context of a situation in which the institution is suggesting budget-cutting measures that may have a negative impact on OSCA, alumni are naturally going to give the issue thought.”

Contention surrounding the survey arises at a moment when the College and OSCA leadership remain engaged in rent contract negotiations following last year’s one-year extension of the existing contract. The parties are also working to build consensus on a new business relationship following AAPR’s recommendations.

During a Dec. 9, 2019 forum hosted by OSCA leadership, Mehra stated that potential changes to the contract include increasing rent; decreasing OSCA member capacity; and evaluating the physical state and maintenance costs of the portfolio of buildings that OSCA currently rents from the College. The specifics of proposed models have not yet been released, but both parties expect to sign a contract later this spring.

“OSCA leadership will be meeting with Meredith [Raimondo] and Rebecca [Vasquez-Skillings] soon to better clarify the timeline, which may involve moving a final decision for the model to early March,” wrote Interim OSCA President and Conservatory fourth-year Teagan Webb in an email to the Review. Webb replaced former OSCA president and College third-year Gio Donovan, who led OSCA in the fall but is not on campus this semester.

Vasquez-Skillings affirms that the College and OSCA will proceed with negotiations without deploying the use of Mehra and Petersen’s survey.

“The College’s current attention is focused on ensuring a financially sustainable and viable program,” she wrote in an email to the Review. “At this time, our focus is on our collaboration with the OSCA leadership to ensure both the College and OSCA thrive long-term. The survey has not been a topic of discussion in our regular meetings. I am optimistic that our collaboration and focus will yield a thoughtful result.”

Still, Petersen emphasizes the importance of cross-campus collaboration in collecting data that would protect valuable parts of Oberlin while also eliminating the budget deficit currently faced by the institution.

“I would very, very much like to move forward in a positive way with anyone and everyone in the administration to gather information that allows us to better understand the educational and career value of OSCA to the Oberlin experience,” he said. “I want to understand and then protect those aspects of Oberlin that make us a unique and powerful learning environment. This is very important to me and I know it is important to others as well.”