Off the Cuff with Tamara Wittes, OC ’91 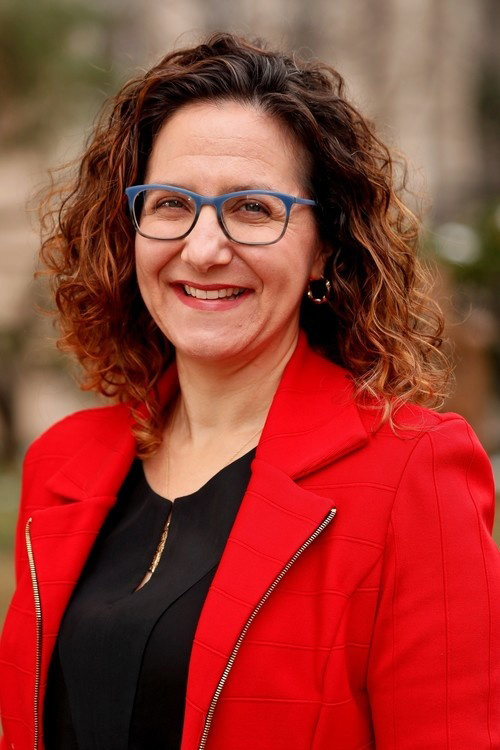 Tamara Wittes, OC ’91, is an author, a senior fellow in the Center for Middle East Policy at the Brookings Institution, and a former State Department government official under the Obama administration.She is also co-host of Rational Security, a podcast about foreign policy and national security. She visited campus on Wednesday to give a talk titled “Scholarship and Service: Reconsidering the Arab Uprisings,” where she discussed her experience studying Middle East policies in academic settings and handling U.S. foreign policy crises in the State Department. At Oberlin, Wittes studied Judaic and Near Eastern Studies.

You’re back on campus to give a talk examining the Arab uprisings of the early 2010s. Could you briefly summarize what you plan to say?

The talk is partly about the uprisings, but it is also largely about what I learned through the experience of working in the Near East Bureau of the State Department during the Arab uprisings. Before that job, as a scholar at a think tank, I had done a lot of work on Arab authoritarianism and the decline of these regimes. Then, once I got to the State Department, history caught up and landed on our doorstep in a real crisis period for U.S. foreign policy. That was an opportunity for me to learn about the relationship between scholarship and government service.

What was your time at Oberlin like as a student?

It was an amazing experience because I was able to build really strong relationships with members of the faculty, and I had the chance to do significant research on my own. I wrote an honors thesis on the history of the Cleveland Jewish community, and I did archival research at the Case Western Reserve Historical Society. I understand why Oberlin sends so many people to Ph.D. programs!

How has your relationship with the College changed since you left, and what is it like to return?

Oberlin was an incredible place for me academically, intellectually, and socially. Politically, it was very frustrating because I had come from a background of pragmatic party politics, and the Oberlin that I found rejected establishment politics and was more interested in street politics at a time when it wasn’t clear what the big issues on campus were to devote yourself to in the street. It felt very solipsistic while I was trying to have an impact out there in the real world. So I found faculty here, and I found ways during my time to engage with practical politics. I worked on a mayor’s race in Cleveland after my first year, which was a really meaningful experience for me, and I stayed engaged in Democratic party politics all the way through.

How has the way you think about policy changed from the time you were a student?

When I took public policy here with Emeritus Professor of Politics Paul Dawson, I thought that policy and politics were about hard knocks, throwing elbows, and showing who’s boss. The more I have worked in this field and the more international work I’ve done, I’ve come to understand that politics is fundamentally about people and about relationships. Yes, it’s about interests, but the best politics is a politics that brings people’s interests into overlap or even into congruence, right? Politics doesn’t have to be about my interests versus yours. And so I’ve moved from a more zero-sum understanding to a much broader understanding. I’m grateful for that because I think that it’s actually a much better way to approach the world.

You said that when you came to Oberlin you thought about politics in a more pragmatic sense, but found things to be more idealistic here. Would you say that you’ve drifted back to where you began?

No. What struck me about campus politics when I was at Oberlin is that there was almost a disdain for real world impact and a fixation on a kind of purity to the discourse and a purity to the objective. And like I said, to me, the world of politics is about people and people’s lives. Good public policy is about solving people’s problems. That’s what we want government to be able to do, right? Creative problem solving requires that you actually listen to what people need, and you try to find ways to match needs and means and ends. You have to be efficient, and you have to make difficult choices. You can’t avoid trade-offs, but you want people to be at the center of that.

What I found frustrating about campus politics at Oberlin was that it wasn’t ultimately about affecting people’s lives. It was more about concepts than execution. Maybe I’m just more of an implementer. At the end of the day, I want to see things executed, and I want to see the difference. I think that a lot of the people that I went to Oberlin with who were really into theoretical politics or conceptual politics did go on to try and make a practical difference in the world in a lot of different ways. They just didn’t do it while they were here on campus. For me, it was something that I came in wanting to do, and I was really intent on doing while I was here.

Are there ways you would recommend that current students could be more engaged in those areas?

I think one of the interesting things that’s changed since I was in school here is that the Politics department and Oberlin as a whole are more connected to the surrounding community. There are more students here who are interested in policy and are doing policy-relevant work, whether it’s the students who are working with Professor [of Politics] Eve Sandberg consulting for the State Department and doing real-world policy analysis, or the people who are working with Lorain County on economic development.

There was nothing like that when I was here. Oberlin was this little bubble. Very few people even visited Lorain or Elyria in the fall of 1988 during the general election campaign. I was out door-knocking in Elyria. I think it’s really important for Oberlin students to have that connection to the community around them, and I’m really delighted to see the way it’s grown.

Given your role at The Brookings Institution, how do you see the purpose of think tanks and public policy in light of the rise of ‘alternative facts’ and increasing uncertainty about the presence of truth in politics?

There’s no question that this is a challenging era for those of us who believe in objective policy analysis. A lot of people have asked: “What’s the market for what you do these days because no one pays attention to analysis if it isn’t attached to an identity or an agenda?” We are a very polarized country, and people are expressing their understanding of the world through a lens of partisan identity today much more strongly than has been true in the last several decades.

That’s clear, but that doesn’t mean that all people do that, and it doesn’t mean that they will do that forever. I think people in American society, and people in the world, have real lives with real issues. They want and expect government to try to help them. That’s what government is for in their minds, so I think that at the end of the day there is always room for pragmatic politics. And if we focus too much on that kind of national level discourse, if we watch too much cable news, we can drive ourselves insane with the partisanship, and the vapidity, and the fake news. But I think that what we can do is to work more at the interpersonal, more at the local, more at the small-scale. And so what I find in my work at Brookings is that I’m spending a lot more time cultivating relationships of trust and building a sense of me, and my colleagues, and my institution as a trusted source. Ultimately I think that we will come back from this moment, and think tanks like Brookings have an important role to play even in the midst of this moment.

It’s really great to come back and to see so many students who are interested in working in policy. We have a lot of problems we need to solve, and Oberlin students are some of the best. So, I look forward to seeing more of them in Washington.