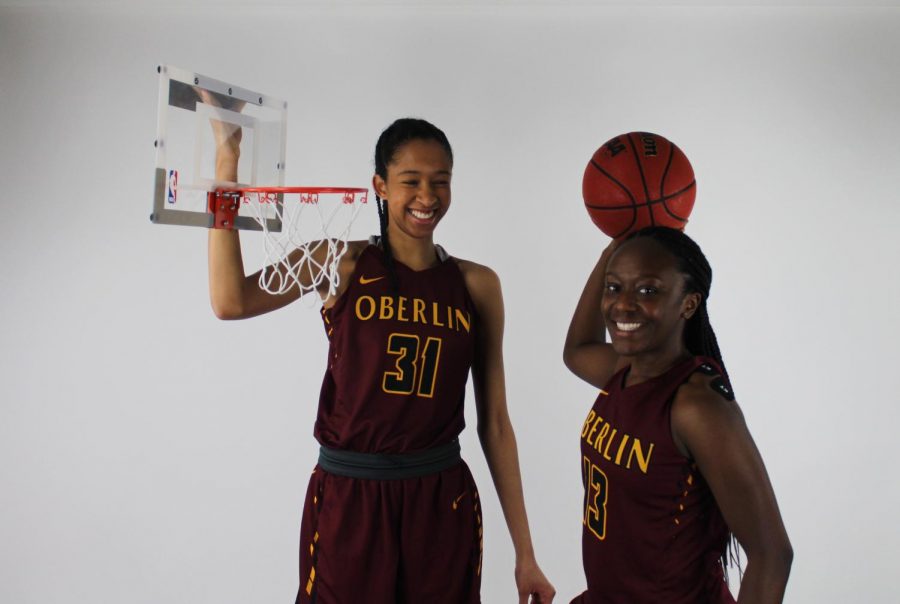 Stipano, a guard, finished last season averaging 11.5 points, 3.5 rebounds, and 2.0 assists per game, and earned All-North Coast Athletic Conference her third and fourth years. Canning ended her final season averaging 11.1 points and 7.2 rebounds, and amassed 77 blocks and 31 steals on her way to earning NCAC Defensive Player of the Year for the second time in her career.

At the end of last season, many questioned whether the Yeowomen would have anyone ready to step into the prominent leadership roles that Stipano and Canning filled. Stepping into those positions would be no small task after the Yeowomen went 15–11 last season, losing out in the quarterfinals of the NCAC tournament. The job was left to College fourth-years Cheyenne Arthur and Jasmine Sorrells.

“They’ve always wanted to be in this position,” said Kerry Jenkins, former head coach of the women’s basketball team. “In their own right, they’ve always been seen as leaders on the team. I [am] not surprised that [they] have embraced newfound expectations.”

Sorrells and Arthur have both focused on growing into their new leadership roles. They have each taken on more game time. Arthur went from 28.9 average minutes per game to 32.8, and Sorrells went from 14.3 to 26.7, helping to find ways to fill the void left by talented graduates.

Arthur has focused on growing into being the best point guard she can be. Even with the added pressure of handling the ball, she finds this growth very rewarding.

“The role of a point guard is one that comes with great responsibility, but knowing that my teammates and coaching staff trust in me and my ability to fulfill this role is truly an amazing feeling,” said Arthur.

Sorrells, agreeing with Arthur, explained the joy she feels watching her role expand.

“It’s been really exciting to get the opportunity to challenge myself this season and push myself to be the best player I can be for the team,” said Sorrells.

Sorrells and Arthur’s success in those roles has not gone unnoticed. New Head women’s basketball Coach Stephany Dunmyer appreciates her fourth-year leaders and the experience they bring to the game.

“Cheyenne brings great experience to the court as our primary ball-handler, and she has continued to grow in her role as a point guard,” said Dunmyer. “She also has a terrific ability to score by getting to the basket and by knocking down the outside shot.

Similarly, Dunmyer also had plenty of good things to say about Sorrells.

“Jasmine is the type of player who makes our team different and sets us apart,” said Dunmyer. “Jasmine has the ability to change a game on both ends of the floor. Her ability to alter and block shots on the defensive end is outstanding, and she has amazing touch on the offensive end and is one of the fastest players on the court every day.”

With only one regular-season game remaining, both Arthur and Sorrells have high hopes for the end of their careers, while looking ahead to the next challenge.

“We obviously want to make it to the championship game again, but for now we’re just taking it one game at a time,” said Sorrells. “We’ve already secured a playoff spot, so right now it’s about focusing on what’s right in front of us and making sure we’re continuing to get better every day.”

With these attitudes, Sorrells and Arthur have valiantly led this year’s Yeowomen basketball team and continued the culture of excellence cultivated by Canning and Stipano.

“Anyone that knows about Oberlin women’s basketball knows about Alex and Liv,” said Arthur. “Being able to watch them over the course of their careers has prepared me to lead the team in the most effective way possible.”

Looking to the future for the Yeowomen, Dunmyer knows that the team will be facing a familiar challenge next year. With the graduation of Arthur and Sorrells, Dunmyer will have to find other players to take the reins and lead the team.

“We have high expectations for our [second-year] class and [College third-year] Leo Ross,” Dunmyer said, “and hope they will continue to commit to building a championship culture on and off the court for our program.”

With the powerful examples set to follow by Canning and Stipano, and now Arthur and Sorrells, the Yeowomen basketball team has a bright future.