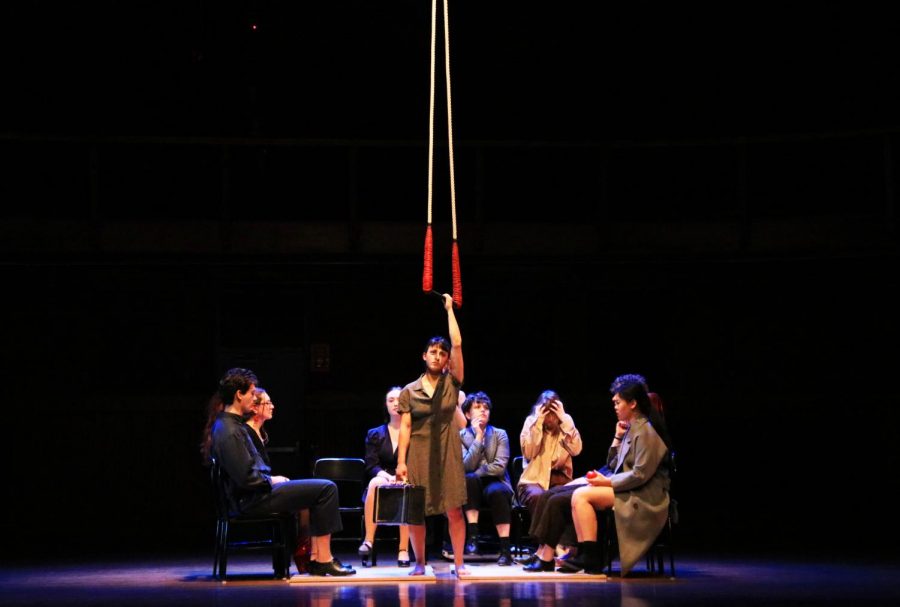 Dance, physical theater, and circus arts all come together in College fourth-year and Dance major Georgie Johnson’s senior show “Liminal Spaces: A Pedestrian’s Guide” this Friday and Saturday at 8 p.m. in Warner Main Space.  Johnson has a unique background in circus arts, as she attended a circus school growing up.  “My base has always been circus, even as I moved through the dance world,” Johnson said. “I have taken a lot of different classes and been influenced by different areas of dance [as well as] circus arts, which made me want to combine the two in a way that was specific to me.”  Part of the reason why Johnson chose Oberlin was because of its inclusion of aerial silks through the Oberlin College Aerialists, a student organization affiliated with OCircus. Aerial silks is a circus art in which a person performs acrobatics, including climbing, while hanging from one or two pieces of fabric attached to the ceiling.  Johnson chose to combine circus arts and dance in her show because of the overlap she believes exists between the two disciplines. “In my experience there [has] actually been a lot of crossover between the Dance department shows and the aerialists clubs specifically,” Johnson said. “Usually there’s at least one aerialist’s piece in every Dance department semester show. I really appreciate the overlap that is created at Oberlin.”  It’s not just the performance Johnson hopes will resonate with students, but the title too.  “Some of the concepts that I took going into the process [were] these concepts of liminality and being in limbo between two places, which I think is especially close to us as college students,” she said.