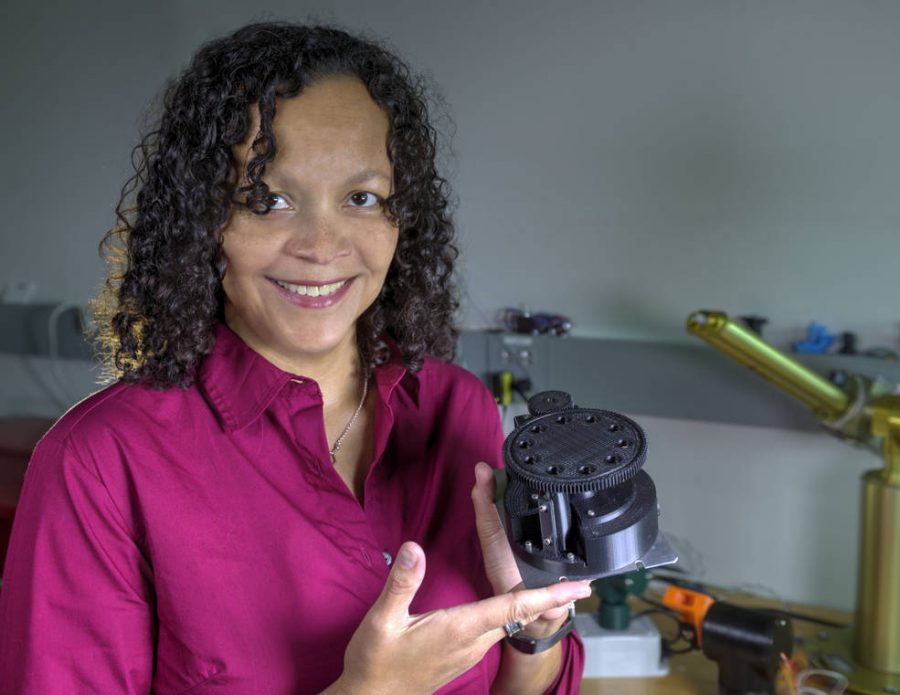 Melissa Floyd is currently a NASA research biologist who specializes in environmental microbiology, microbial ecology, microbial biogeochemistry, and astrobiology. After graduating from Oberlin with a Russian major in 1991, Floyd decided to pursue an M.S. in Environmental Science at George Mason University. Floyd will speak as a member of the “Transitioning to Globally Engaged Careers” panel at Norman C. Craig Lecture Hall Friday, March 6 at 12 p.m.

How did you first get interested in this field of work?

I did not obviously have a direct path in life or in my career. This is my second career. I changed careers because I didn’t go into college with this idea of, “I want to study X to become Y.” And I think part of that was that I graduated high school in 1987. … I wanted to study Russian, and I graduated college. I really did have a ready-made career in front of me because the Soviet Union collapsed that year, but I didn’t want to do that. So I avoided that for as long as I could and just worked jobs to pay the bills. Eventually, I moved my way back east and found myself in a career because I could still speak Russian. … It wasn’t the world’s worst career, but it wasn’t where I wanted to stay. … I went to a career counselor, and she told me that I should be doing science and engineering.

What made her suggest that?

They give you tests. … Whatever the questions are that they give you, the counselor will match them up against people who really enjoy their career, the idea being that if they like this thing and they liked their career, then you might like their career too. There were a bunch of tests, and they all came out suggesting science and engineering. So I had to go back to school.

What was the transition from Russian to a STEM field like?

It was not the easiest thing in the world to do. I discovered that I liked it and was good at it. I was smart enough to get it, which was also a concern [when applying to schools of higher education]. I actually told [a professor at George Mason University], “I think there must be a mistake. I got a D in high-school chemistry. I’m not smart enough to do this.” And she was like, “You’ll be fine. You’re plenty smart.” But yeah, I hadn’t had that experience. I had grown up being good at English and languages, so I never really challenged myself. I liked science, but it didn’t come as immediately.

If you were to redo undergrad, would you still choose to major in Russian or do you think you would’ve just gone right into science?

I wouldn’t trade my Oberlin career for anything. One of the things I really valued about Oberlin was that I could do so many different things: I could play field hockey and work for The Oberlin Review and sing in the chorus and meet people who were studying all kinds of different things.

What research are you currently working on at NASA?

So my research focuses on looking for novel biosignatures of life on other planets. Up until now, it’s mainly been chemists thinking about this. They’ve really been thinking about things like isotope ratios and looking for amino acids signatures and things like that. And I think about things a little bit differently — can I give you the geekiest phrase that I’m currently in love with? It’s umwelt. I think in German it means ‘point of view,’ but it’s grown a little bit to mean the point of view of both human and non-human animals. And to a certain incredibly nerdy degree, like the rest of my life. … I think about how the bacteria see things. You have all of these different organisms that do such incredible things and live in such interesting ways. And so what chemical markers could those metabolisms leave that would: A) persist in an environment; and B) would we be able to measure using, some of the instruments that we’ve already gotten really good at building and sending into outer space?

What have some of your findings been?

I had a paper published about a year ago on a signature of iron-oxidizing bacteria. … This is very relevant to Mars, right? Because there’s iron all over Mars. … We put in for more proposal funding last spring, and we didn’t get it. So we’re gonna put in for that again this year, and keep our fingers crossed, kind of tweak the proposal. I also just put in a proposal to look at the signature of one of the molecules that bacteria use to communicate with each other and how much that molecule persists in nature, as well as different ways that we could measure that.

What does the future of your field look like?

Well, there’s a couple of different ways to interpret my field. I kind of think of myself as a microbiologist first and an astrobiologist second. One of the things that I think is really interesting about microbiology, historically speaking, is that most of the work that has been done … started with looking at organisms that were trying to kill us. Right? And that makes sense. You have things like smallpox and cholera. So that’s where people first got involved in finding bacteria. And so everything else that’s out there, we know really very little about, and most of those organisms can’t be cultured and isolated in a lab. I think what’s interesting is that microbiologists are having to begin to look at other ways of examining who’s out there. But so there’s so much out there to look at. And I think it’s vital because bacteria really drive … everything on this planet. This is their world. They drive the iron cycle, the carbon cycle, the sulfur cycle, and the nitrogen cycle. They have helped us thrive, and they can take us out. And so it behooves us to know who our tiny overlords are.