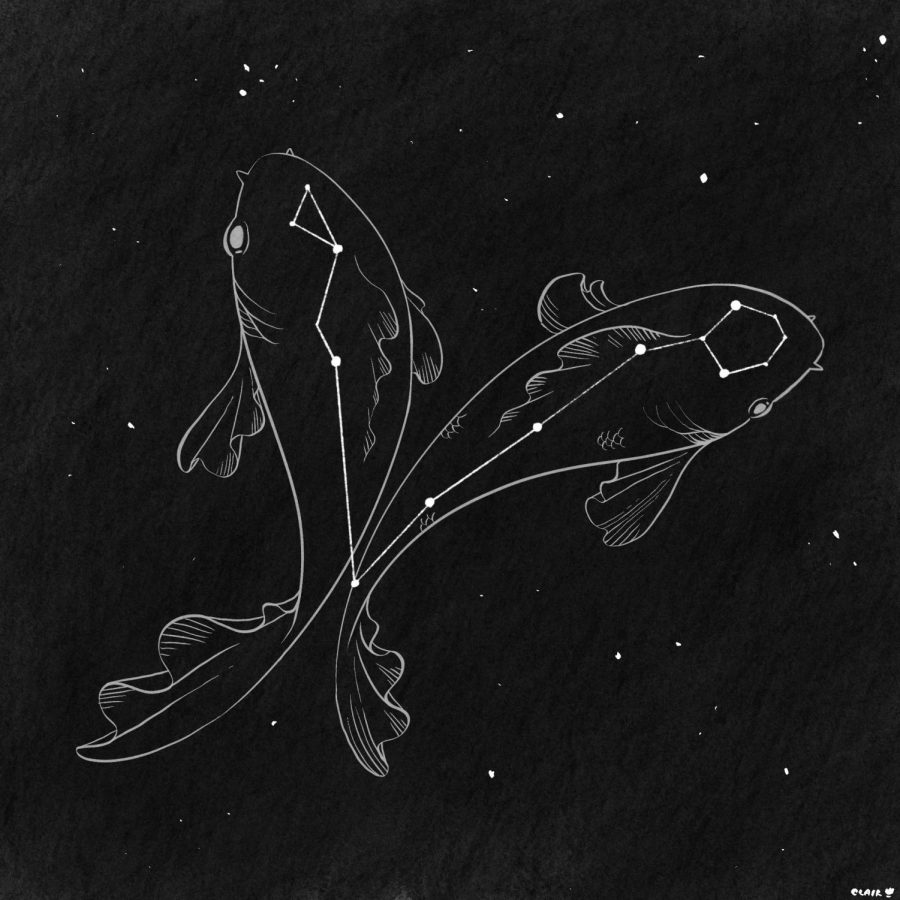 On Oberlin’s campus, astrology — the study of celestial bodies’ impact on humans — is often the subject of both deep discussion and check-in questions. This semester the common conversation starter has been turned into an Experimental College course called AstroCo, taught by College second-year Ella Franklin and College first-year Nicolas Zamora.

The course covers the basics of astrology, including circle charts — which show planets, zodiac signs, and houses at the moment of your birth — and the ways that the elements and modalities of each planet play into the 12 zodiac signs. There is also a focus on relationship astrology, which involves synastry — a process that compares two people’s charts to gain insight into their relationship by evaluating how planets interact with each other.

Franklin and Zamora are well-versed in astrology and have a long-running interest in the subject.

“I delved deeper into astrology when I was in 10th grade or 11th grade,” Zamora said. “Once you look deeper and start learning all about it and its charts, it’s really interesting and complex.”

Franklin’s interest deepened when she looked more closely at her astrological chart.

“Once I got to look more at my chart and realize that all of these factors in my chart did apply to me in my life, I got … interested in how these things have impacted my life,” she said.

In recent years, astrology posts and memes have become increasingly popular on social media. Astrology’s widespread influence and appeal have sparked other students’ interest in the subject.

“I used to consistently read my horoscope on the Cosmopolitan Snapchat’s Discover page, and I followed @astropoets on Twitter because I thought it was interesting,” College second-year Chloe Yanoviak, one of the students in AstroCo, wrote in an email to the Review.

College third-year and AstroCo student Sam Fertig’s introduction to astrology came from his connections with other Oberlin students.

“I never really gave it much thought until, at the end of [the] spring [2019 semester], Co-Star began making its way through different social circles on campus,” he wrote in an email to the Review. “I found out that my chart was very compatible with my crush’s. At that point, I was invested.”

Though astrology is popular at Oberlin, not every student fully believes in it. For Fertig, astrology provides an engaging account of the forces that influence our lives.

In addition to this “ironic appreciation,” many Obies seem to be knowledgeable about astrology. Franklin and Zamora, however, both found that the general understanding is fairly limited.

“Whenever it’s mentioned in this school, people’s first thought goes to Co-Star,” Zamora said. “And Co-Star has tendencies to be problematic. … It can be very misleading.”

One of the issues with Co-Star, the popular horoscope app, is that it “doesn’t hire any professional astrologers,” Zamora said. Additionally, he explained how the app’s daily updates feature also “relate[s] astrology to mental illnesses, which is very problematic.”

Through the ExCo, Franklin and Zamora hope to show that involvement with astrology goes beyond checking Co-Star. It is also a way to articulate the universal human experience and place of belonging within the universe.

At its most basic level, astrology is a way to learn about oneself, and it can be a nearly-universal interest point.

“Humans have some sort of desire to know about themselves,” Franklin said.

“You can use this … to learn about yourself: why you act this way in love, how you act when you’re actually angry, how you communicate,” Zamora said. “It’s just so [much more] intricate [than] what meets the eye.”

Though it may seem like it’s just an Oberlin fad, AstroCo proves that there is more to astrology than just Snapchat and Co-Star.