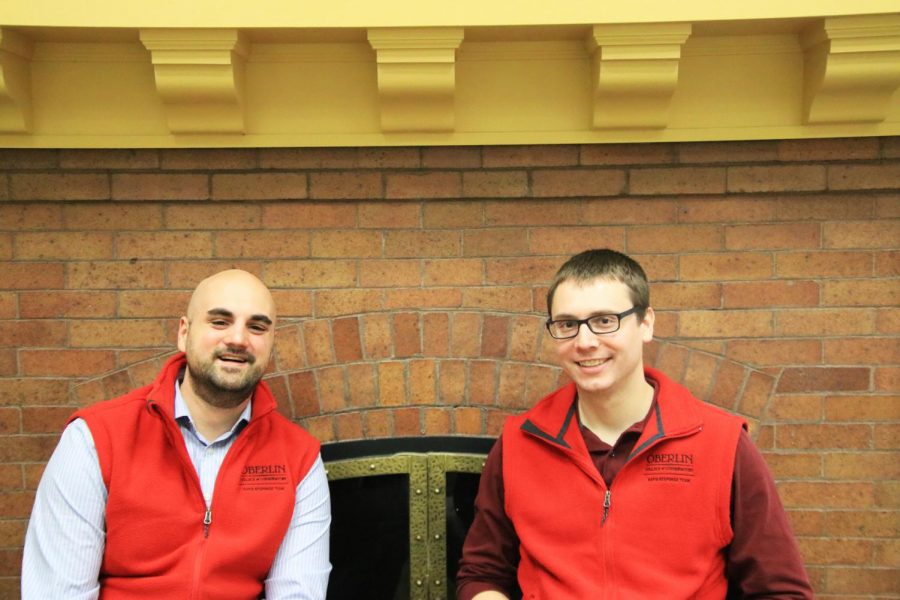 President Carmen Twillie Ambar’s Feb. 18 announcement that the College is formally considering outsourcing 108 dining and custodial jobs currently held by United Automobile Worker union members incited a campus-wide conversation and student-led protests and demonstrations. As activism in support of UAW continues, the College is in the midst of considering how best to approach its relationship with student activists.

One approach taken by the Division of Student Life is to assemble a Rapid Response Team, meant to engage with student activism on campus in a constructive way. The team intends to inform students about different demonstration policies — such as maximum occupancy requirements —and employ de-escalation techniques in select situations, among serving other roles.

“In the Division of Student Life, what we’ve come to realize is that although Oberlin students have this [activist] reputation that we’re very proud of, the division itself doesn’t really have any protocols or processes in place regarding student activism,” said Josh Whitson, assistant dean of students and director of the International Student Resource Center, who is one of the team’s co-chairs.

Administrators maintain the team was not created in anticipation of student activism surrounding the outsourcing announcement, but rather was formed in response to student activism in general.

“It was put together in response to some of the challenges around student protest and demonstration in the past,” Vice President and Dean of Students Meredith Raimondo said. “I’m thinking about the events at Gibson’s; I’m also thinking about some of the protests that occurred around the ABUSUA demands. … We wanted [to get] something up and running this semester, I think with the knowledge that spring is a time when typically there’s something that’s going on. But [creating the team] was not specifically driven by the outsourcing announcement.”

Team members also hope to provide a platform for students to engage in conversation with a staff member rather than a local authority.

“The purpose is really of the team to support students in their right to express their … freedom of speech, to make sure that students are aware of campus policies, and to support that process from a neutral perspective,” said Thom Julian, assistant dean of students and director of student conduct and community standards, who is the team’s other co-chair. “The members of this team are not supposed to have an opinion, necessarily, when they’re assisting and supporting students when it comes to whether they agree or disagree with the message of the student activists; it’s really just to support the students as students.”

Conversations about safety codes can occur either before or during protests. Whitson explained that, depending on circumstance, the team might reach out to various organizations beforehand.

Alternatively, organizers can request to meet with the team. According to Julian, the organizers of last week’s protest met with the Rapid Response Team prior to the demonstration.

“I just want to compliment the organizers for that,” Julian said. “They were extremely receptive; they spoke with our group prior to the protest and just asked if there’s anything they needed to emphasize. We just discussed ‘please don’t block the classrooms’ … [and] they relayed that message throughout the entire time. They were very responsive and responsible, so that’s kind of the ideal relationship that the Rapid Response Team and organizers would have.”

However, College fourth-year and student organizer Riley Calcagno, who has handled much of the organizers’ outreach to local press, feels that the Rapid Response Team did not communicate their role as well as they could have.

“We were aware of Thom [Julian] and Josh [Whitson]’s presence,” he wrote in a statement to the Review. “We were not made aware of their roles as leaders of this team. We were also not aware of the Rapid Response Team and until the College releases more info on this team, we are unable to comment on its efficacy.”

While the team does not have the authority to intervene in a capacity similar to that of Campus Safety, the Division of Student Life believes it will be instrumental in helping de-escalate challenging situations.

To help the team carry out the protocols, Whitson and Julian led the training of its members, which supplemented other divisional meetings and trainings, according to Raimondo.

“We did two sessions, one that was really focused on the potential educational outcomes for students participating in activism and what, as student life professionals, we can do to foster those positive outcomes,” Raimondo said.

In the second session, staff reviewed case studies detailing protests that have occurred on other campuses. They focused on administrators’ responses and the effectiveness of these responses to determine what could be made part of the team’s functions.

“Working with student activists is a major responsibility of folks in student affairs,” she said. “I’ve never seen it as a passive relationship, but as a place where important co-curricular learning takes place.”

Student activism around the outsourcing decision continued earlier this morning with an 8:15 a.m. demonstration in Wilder Hall, ahead of the first official meeting between union leadership and senior College administrators regarding next steps.