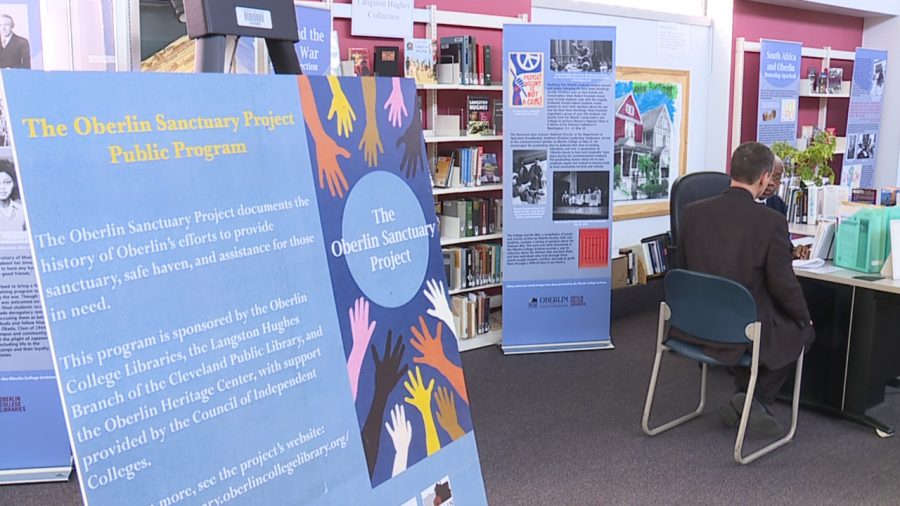 This past Saturday, the Oberlin Sanctuary Project opened an exhibition tracing the town’s long history of providing safe spaces to people of marginalized identities. It serves to raise awareness about Oberlin’s role as a sanctuary city. The exhibit will run through the end of the month in Cleveland Public Library’s Langston Hughes branch. “The goal of the Oberlin Sanctuary Project is to provide a resource for teaching, research, and discussion concerning Oberlin’s history of providing [a] sanctuary or safe haven for people in need,” wrote College Archivist Ken Grossi in an email to the Review. This particular exhibition aims to highlight Oberlin’s role as a sanctuary for various oppressed groups, from the pre-Civil War era through the present day. “Our traveling exhibit and online digital exhibit include stories such as the Underground Railroad and anti-slavery activity prior to the American Civil War, the Japanese-American students at Oberlin during World War II, and the work of the Overground Railroad Coalition in the 1980s,” Grossi wrote. Because the exhibit opened in Cleveland and will travel to other locations, it will teach a wide audience about Oberlin history. “The Oberlin Sanctuary Project traveling exhibit will give our patrons the opportunity to learn what role Oberlin has played as a sanctuary community over the decades,” William Bradford, OC ’76, manager of the Cleveland Public Library’s Langston Hughes Branch, wrote in an email to the Review.