“What are you watching, Obies?” Survey Results: “Tiger King” Places In Top Three Across Categories 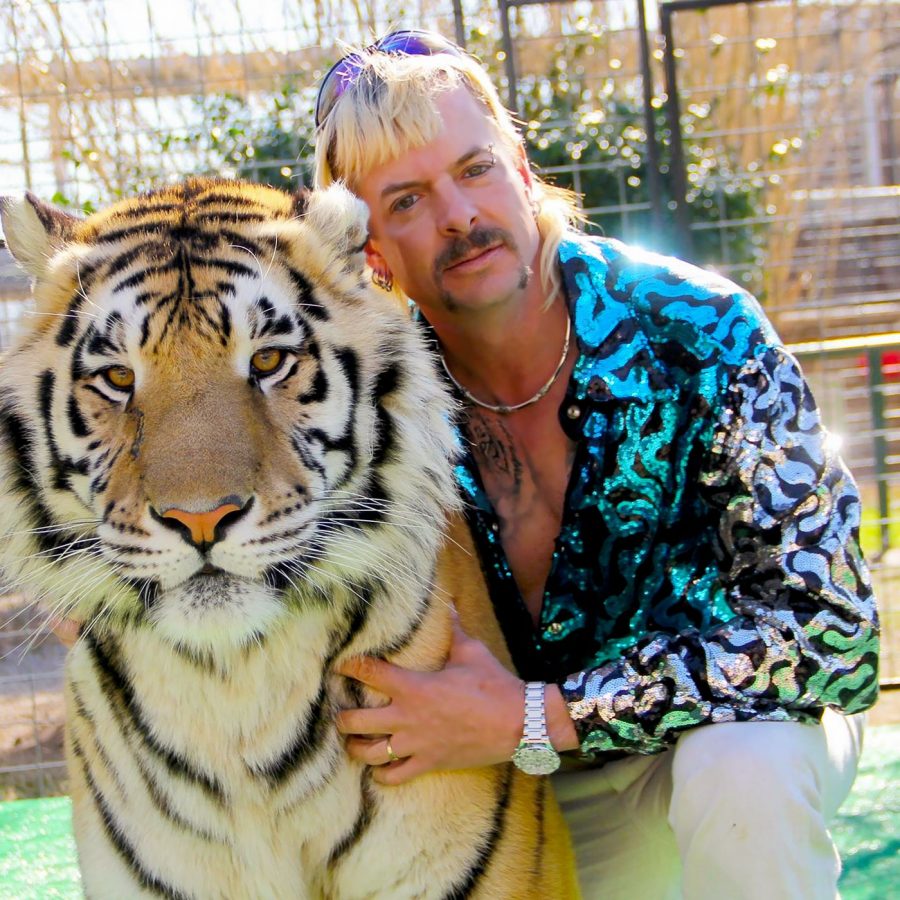 Editor’s note: This article is part of the Review’s ongoing series responding to the “What are you watching, Obies?” survey created by Mellon Postdoctoral Fellow and Visiting Assistant Professor of Cinema Studies Leah Vonderheide. For the full survey results, read Professor Vonderheide’s introductory article.

Somehow, it’s unsurprising that a gun-toting, gay zoo owner with a bleached mullet has caught the attention of Obies, wherever they may be sheltered-in-place. In Visiting Assistant Professor of Cinema Studies Leah Vonderheide’s recent “What are you watching, Obies?” survey, Tiger King: Murder, Mayhem and Madness placed within the top three of nearly every category: “thought-provoking,” “laugh-out-loud,” “teary-eyed,” and, perhaps most worrisome, “inspiring.” In a list of 230 responses, it’s a common unifier.

The docuseries focuses on the feud between Joe Exotic, the owner of a makeshift tiger zoo in Oklahoma, and his nemesis, the cat print-clad Carole Baskin, a self-proclaimed animal rights activist based in Florida, who fights to prevent Exotic from breeding tiger cubs for profit. As Exotic mocks Baskin through country songs and reality TV antics, Baskin fights back with a drawn-out lawsuit.

Reviewers have already established the show’s moral failings: Atlantic called the show “an ethical train wreck;” them. reiterated that Joe Exotic should not be a “gay icon;” and Deadline wrote that the show is “low balling and low browing” the audience.

While these accusations are true, there’s a sick “I can’t look away” appeal to the show, as is often the case with reality TV. Finishing an episode gave me the moral equivalent of a hangover, but I — just like 34 million other viewers — binged the seven-episode series in the first 10 days after its release.

I agree with the 22 survey-respondents who called Tiger King “thought-provoking,” but I think a better word to describe the show is “distracting.” Plots rapidly shift from animal abuse to cult accusations to a presidential campaign to murder-for-hire, with increasingly absurd surprises at nearly every turn. The show’s strangeness seizes the minds of viewers and stops even spiraling thoughts of a global pandemic.

Plus, Tiger King is a great conversation starter. We may be forced to socially distance ourselves, we may watch hours of CNN a day, but Tiger King gives us something to talk about other than illness, supply shortages, or case numbers. My social media feed has been taken over by COVID-19 content and memes about this bizarre zoo owner from Oklahoma. In these difficult times, Tiger King provides some much-needed laughter.

The issue with Tiger King is that as unreal as the show seems, the fourth wall between the viewer and the subject is bound to fall. Recently, the show’s subjects have come up in the news. In a press conference last week, Trump said he would “take a look” at pardoning Joe Exotic; there were false rumors that Exotic caught COVID-19 in prison; and even when, purely by coincidence, a tiger in the Bronx Zoo in New York contracted the virus, I thought, “Joe?” In moments like these, it feels like this strange simulation we are all living in gets out of hand.

However strange the connections between the TV show and real life may seem, these moments serve as a reminder that Tiger King portrays real people and real abuse at zoos. I’m not just talking about the animal abuse, but also about Jeff Lowe’s physical abuse of his wife, Doc Antle’s misogynist brainwashing of the women at his “complex,” and Exotic’s grooming of drug-addicted young men. Additionally, the trans man on the show, Saff, is repeatedly misgendered by the showrunners and his co-workers. The series was a fun distraction, but it’s real life for the subjects involved, and at times it feels like the show encourages us to laugh along with men like Joe Exotic, rather than expose their abusive behavior.

Unsurprisingly, despite the show’s obvious pitfalls, the entertainment industry is quickly banking in on the show’s popularity. Another episode was released last weekend. Kristin Chenoweth released a Tiger King-inspired song. There are talks of a movie adaptation starring Kate McKinnon as Carole Baskin. It seems like Tiger King will live on past its current episodes, and I’m not sure I can get behind that, as funny as Kate McKinnon in clashing cat prints clutching a baby tiger would be.

Despite critiques, however, Tiger King did succeed in holding my attention for seven episodes. From looking at the survey results, I’m probably not the only Obie who’s in self-quarantine, watching the series from my laptop, offended and intrigued by the ridiculous plot, but mostly just happy for the distraction.