Engaged and Applied Science is the Future of Environmental Research 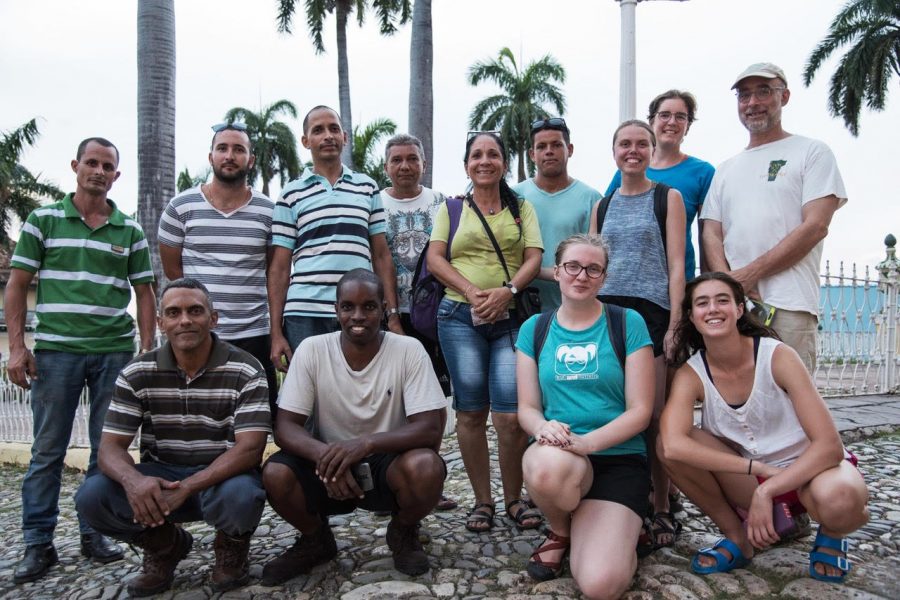 A photo of the author’s research group in Cuba. Author pictured first row, second from right.

After a mass transition away from industrial monoculture to organic agriculture in the 1990s, Cuba has rapidly become a model for organic agriculture research. The island remained largely inaccessible to American scientists until the Obama administration lifted embargo restrictions on National Science Foundation funding for collaboration with Cuban scientists as part of reestablishing diplomatic relations in 2014.

For the first time in more than half a century, a joint Cuban-American scientific team investigated the impacts of organic agriculture on water quality and erosion, and our goal was to assess outcomes in Cuba and implications for international agriculture. Researching such an incredible natural experiment was exciting, but it quickly became apparent that the real value of our work was in building relationships across international tensions and practicing genuine, science-based diplomacy.

It is important for scientists to move beyond scientific methods to bring their discipline forward and engage with communities that their research directly concerns. For me, communication, outreach, and lasting professional relationships among scientists are essential in solidifying this practice. In an era of social and political strife, scientists need to put aside their satisfaction with simply stating implications, and go above and beyond to make connections with people who would be impacted and create lasting change. As part of our research, our principal investigators spent time talking to journalists in-country, and supported travel to conduct workshops and present results at national conferences in Cuba.

Earth science and environmental research are defined by their fundamental connection to place, which offers an essential foundation for community engagement. As researchers, we have a responsibility to ensure that the knowledge we acquire is shared with those who are most impacted. The status quo dictates that, as scientists, we present at conferences and publish papers, but the ivory tower that restricts the impact of discovery to academic circles falls short when our data shows the need for meaningful change. The opportunity to forge collaborative relationships with Cuban labs was an immensely valuable part of our work abroad, which allowed our team not only to present our research at conferences in Cuba, but also to inform local land management decisions with our data. While we were ultimately published in a U.S.-based journal, we were able to share preliminary results at a conference in Havana as early as three months after collecting the initial samples.

Another significant benefit of this approach to research is its implications for decolonizing science. While outreach, collaboration, and community engagement touch on this at a basic level, going further to forge supportive partnerships in international research is key to giving local communities agency over the science conducted in their region.

The outcomes of our Cuban- American science team are designed to answer questions asked by Cuban and American scientists alike. Our team has established a significant baseline of chemical denudation, water quality, and solute export levels that provide increased context to the geology of island systems in the Caribbean. We also learned that while E. coli runoff is a major water quality issue, central Cuban nitrogen levels were much lower than in other areas with intensive agriculture, such as the Mississippi River basin. These early results support the basis of the Cuban organic agriculture natural experiment, and challenge us as American scientists to take this research back to our communities to continue the cycle of outreach, collaboration, and community engagement.

Other such partnerships are beginning to emerge between research teams in the U.S. and other nations. As demonstrated in its recent work in Puerto Rico, the U.S. Geological Survey has been one of the agencies most prepared to forge genuine partnerships with disaster response teams on the ground. Its continued support of the Puerto Rico Seismic Network sets the standard for lifting up local scientists and giving them the resources to address the needs of their communities successfully. Although first and foremost designed to address the needs of Puerto Ricans, this relationship fortuitously sparked a global interest in the data being collected.

Collaborations like these have entirely reshaped my values as a scientist. In Cuba, while our research was designed to assess the ramifications of social and political events, not all of our data was to that end. The chemical weathering data we collected established some of the first long-term baseline denudation rates on the island. In a discipline as comparatively young as geology, we still have plenty of fundamental questions to investigate that are centered on events at the dawn of time or thousands of years in the past. Projects that gather critical historical data and bring it into conversation with modern social, political, and environmental questions represent the kind of engaged work that scientists need to continue.