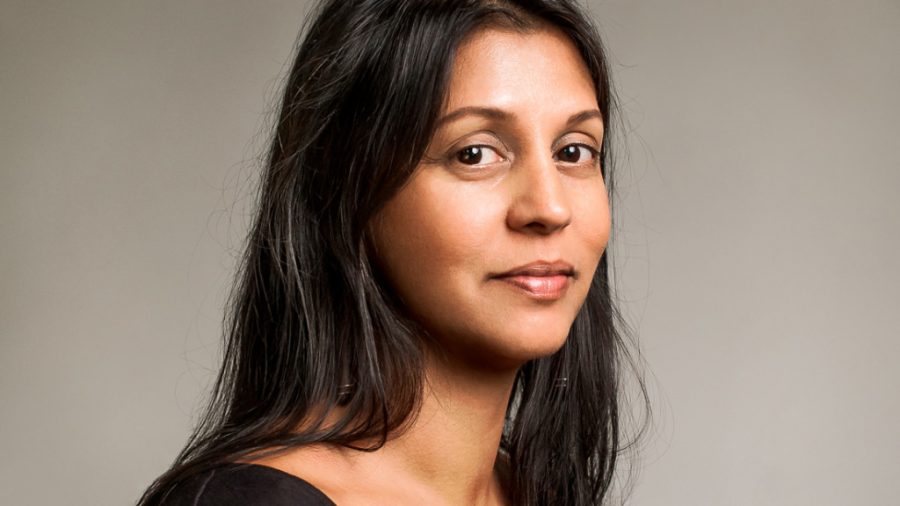 Sonia Shah, OC ’90, is an investigative journalist and award-winning author. She has written several notable books, including The Next Great Migration: The Beauty and Terror of Life on the Move, set to release in June 2020. Her writing is focused on the intersections of science, environment, human rights, and international politics. Shah has lectured at top-tier universities and appeared on global platforms such as BBC, CNN, Al Jazeera, and NPR. She has also been featured in acclaimed publications like The New York Times, The Wall Street Journal, Scientific American, and Foreign Affairs. This past February, Shah visited campus to deliver a lecture titled “Science Journalism: Global Health & the Environment,” and also to sit on a panel about independent book publishing as part of the journalism symposium co-hosted by the Review and The Grape.

Can you talk a little bit about the growing connection between climate change and public health?

Our health is multifactorial, right? We know that our immunity dictates our health, like our diet and our interaction with the environment [do]. All of those things are part of what makes our health, so the climate crisis is going to be a major driver of changes in what our health status is.

That said, in the area that I look at, infectious diseases, [climate change is] going to affect these diseases in different ways. For example, malaria: In some places you’re going to have a lot more rain because of the climate crisis — now, that could do different things to the malaria ecology. A lot of rain can create puddles, and then puddles are where mosquitoes can breed. So then you have more malaria. But a lot of rain also can create flooding and that could actually wash mosquito eggs away, and then you’d have less malaria.

There’s no direct relationship between, “Okay, these are the places where there’s going to be more malaria, and, these are places where it’s going to be less.” And that’s true for a lot of diseases. … In some places, that might mean there’d be less of a certain disease. In some places, that may [result in] more of a certain disease. Basically, when you have populations that are new to a disease, they get sicker because they don’t have the immunity. So … just shifting the landscape of disease will have an overall effect of increasing the burden of disease, of people getting sick, at least with infectious diseases.

How did you end up deciding to focus your writing career on these particular topics — disease, public health, and climate change?

I think I was gravitating toward trying to understand inequality more generally and how that plays out. How, you know, corporations exploit inequalities between societies, within societies, and where they go to extract resources, where they actually sell those resources, all of that. I think health became a way of looking at inequality. Inequality itself is a driver of bad health outcomes. Even if you live in a society that has a really high Gini coefficient — the way they evaluate the difference between the rich and poor — that alone contributes to poor health outcomes. So, technically, global health was just a way of looking at inequality in different ways. And the climate crisis is the same thing. … We created this crisis in one part of the world, and [now] it’s affecting other parts of the world in different ways. The lopsidedness of all of these problems is what really interests me. I happened to look at climate and global health and those kinds of issues. But I think you could look at these same underlying problems through criminal justice — [there are] lots of other ways of looking at it.

There’s a lot of conversation about using intentional language to describe climate change. You use the language of climate crisis, so I’m curious about that choice and why you think climate crisis language is more effective than other ways of describing the changes we’re seeing.

I think we have to keep using new words to elevate the conversation. First, we were talking about global warming, then we [were talking] about climate change, and I think that became a neutered sort of term that didn’t convey the urgency [of the fact] that we need political action.

The moment we’re in right now is, of course, climate change. The climate is changing. But it has become a crisis because of the lack of a political response. And so when I say climate crisis, it’s to call that part out — that we’re in a moment where we need to find political will to address a crisis. That’s what you do in a crisis — you actually try to address it. When there’s change, maybe you just accept change, you know?

Do you think that conversations about fear or crisis are more effective in helping people change their behavior than more positive or hopeful conversations?

No, I don’t think so. I think you have to have a balance between complacency on one hand and panic on the other hand. There’s just a tricky balance. People have to be vigilant and a little bit alarmed in order to feel like, “Wait, I need to change something about how I’m engaging with the world around me.” But if you don’t show people [that], “Well, here’s a possible path forward,” then that alarm can just become nihilism. [It becomes], “Well, I’m not gonna bother because it’s all going to end anyway.”

A lot of young people who are interested in becoming journalists, writers, or authors are increasingly interested in working with a focus on climate or environment because it’s a pressing issue. I’m curious if you could speak to: a) what some of the challenges of your work are; and b) what advice you would give to those students, maybe at Oberlin?

Well, the challenges are always the same — getting people’s attention, getting paid to actually do the work of it — [these are] all the challenges of doing journalism generally. But if I were starting over today, I would try to develop some kind of expertise in one aspect of the climate change problem. I think what is, again, becoming increasingly clear to editors is that the climate crisis is not just a green issue. It’s not just about energy; it’s also about all these other things: education, crimes, disruption, politics, all the aspects of life that are going to be touched by the climate crisis … in very particular ways. So if I were to start over again today, knowing what’s going on with climate change and the climate crisis generally, [I would] kind of focus on one part.

I think the generalist approach was what we needed when we weren’t talking about [climate] at all. But now the conversation is moving on, and I think that’s where it’s going in the next five to 10 years — we’re going to need somebody who is a specialist in how settlement patterns and climate are linked, or how international law and climate are linked. I think that’s what’s going to be developing: only journalists who know how to do those kinds of stories.

Your book is expected to talk about how migration is a solution to climate change, and that migration is something that we should welcome rather than fear. What do you think are the challenges of such mass exodus — in terms of national resources and carrying capacities of nations — and how should nations prepare for such a mass migration?

I think what’s happening now is [that] the fear of migration or of people moving around is already reshaping our politics. What we’re already seeing is people saying, “We don’t want that, so we’re going to build walls and close the borders and do travel bans,” and all of that. But I think, if you look at the bigger picture — I’m not saying migration is easy. It isn’t; it entails loss and disruption. It’s just [that] there’s costs and benefits to it — not just costs. We usually only look at the costs of migration. Well, what are the benefits, not just for the migrant … but also for the receiving society and the society that is sending the migrants? There’s all these missing parts of the conversation.

I think when you look in that bigger picture, the fact is, throughout our history, humankind has migrated. We have been migratory peoples. And roughly speaking, that means the benefits outweigh the costs. I think if you look at that bigger picture and [ask] … “Well, what drives migration?”

We know. Change is what drives migration. It’s change, one way or another. [Migration] has been an adaptive response to change throughout our history. It’s encoded in our bodies. It’s part of the human condition — to move, to be able to move. So, now that we’re entering this period of really disruptive change, we should think of migration not as the problem to be solved, but [as a] part of the solution to the problem of rapid change.

So you began your journalism career here at Oberlin at the Review. Are there things that you learned while being on the Review staff that you continue to carry with you in your work today?

It’s hard to say, because the Review is so formative. I mean, it was the first place where I actually got to practice journalism as a full activity, from acquiring stories, to thinking of stories, to [learning] how to weigh stories — which are important, how do you angle them, and how do you present them to people — then to writing them, editing them, [and] producing them in that whole process. I feel like [that experience] was so foundational that I couldn’t really say that there was one piece of it that I keep coming back to — because … everything came out of it. [The Review] was like the seed that planted it all.