In Shifting Away From Oil, Alaska Could Lead 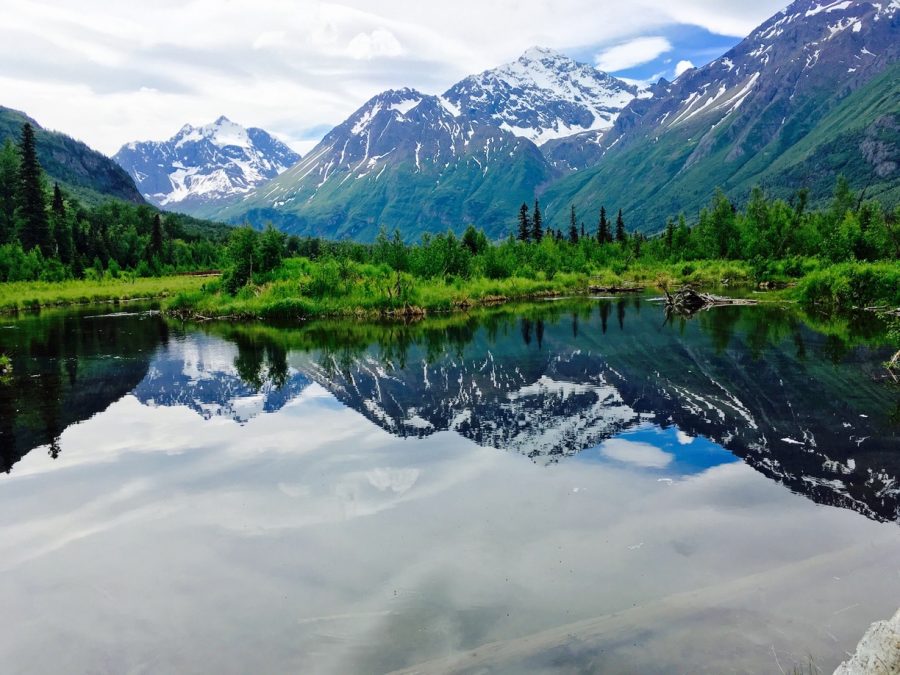 Alaska is warming faster than any other state in the U.S., but its residents are of multiple minds when it comes to addressing the impacts of climate change. The state’s largest city, Anchorage, is specifically caught between two extremes of environmental sentiment among its residents. There are people who spend much of their time outdoors and have a strong appreciation for and connection to their environment and land. They tend to rally for strict laws concerning salmon fishing, littering, and human interference with wildlife. On the other hand, Anchorage’s economy largely depends on the oil industry, as Alaska is home to some of the largest oil deposits in the country. Moving away from oil and toward 100-percent renewable energy could lead to massive layoffs at oil companies at every level of production, but also open up new jobs in the renewable energy sector.

Many Alaskans find that the value of the state’s large oil reserves, as well as its copper and gold mines, pales in comparison to the value of preserving its untouched natural areas. After years of pressure from the public, the state now has miles of land in largely unoccupied areas marked as protected, even though massive amounts of oil lay below the surface. Because so many Alaskans take advantage of the unique opportunities allowed by a lack of human interference, such as fishing, the importance of natural resources is not taken for granted.

This discussion of land in Alaska — and the abuse it endures — is never complete without taking into account how these issues are affecting the state’s Native communities. Alaskan Natives make up about 15 percent of the total population, the largest per capita Native population of any state in the U.S., according to the 2o10 census. Many Native communities in rural areas of Alaska live in completely removed systems. However, different settlement acts have given Native communities in the North Slope area significant discounts for oil company stakes, hence making the industry very lucrative. However, these lower prices were not offered to all Native groups. Because of unequal reciprocity among Native communities from these settlement acts, there is a divide between those who live off of the land — thus not profiting from the oil industry and experiencing the effects of climate change on their livelihoods firsthand — and those who do profit from oil.

Shifting away from oil will have major ramifications for many people whose jobs depend on the industry. Nearly 20,000 Alaskans annually work manual labor jobs on oil fields and in mines.

At the same time, lessening dependence on oil would create more industrial demand for green energy, potentially creating new jobs that could make up for those lost in the oil and mining sectors. With its bounty of rivers and long summer days, Alaska has a lot of potential to produce both hydroelectric energy and solar energy. Currently, more than 20-percent of the state’s electricity is sourced from hydroelectric power, though precautions have to be taken to ensure that hydropower projects do not interfere with salmon life cycles. Alaska is the largest producer of salmon in the world, and the salmon-fishing industry also makes up a large part of its economy. Keeping this in mind, the state already has a number of successful hydropower projects that do not constrain salmon, and it passed a bill in 2010 pledging that half of the state’s energy will come from renewable sources by 2025.

The shift away from oil and other fossil fuels is necessary for long-term environmental preservation, but we must remember not to forget the way the oil industry had its hold on these communities. Moving to renewable energy will displace people working on every level of the production process, from oil executives to engineers to rig workers. It could also have detrimental impacts on the Native communities that now rely on the wealth of oil for economic stability. But if done properly, Alaska could shift to gathering clean energy through solar, wind, tidal, and hydropower, and become a leader in the era of sustainable energy.